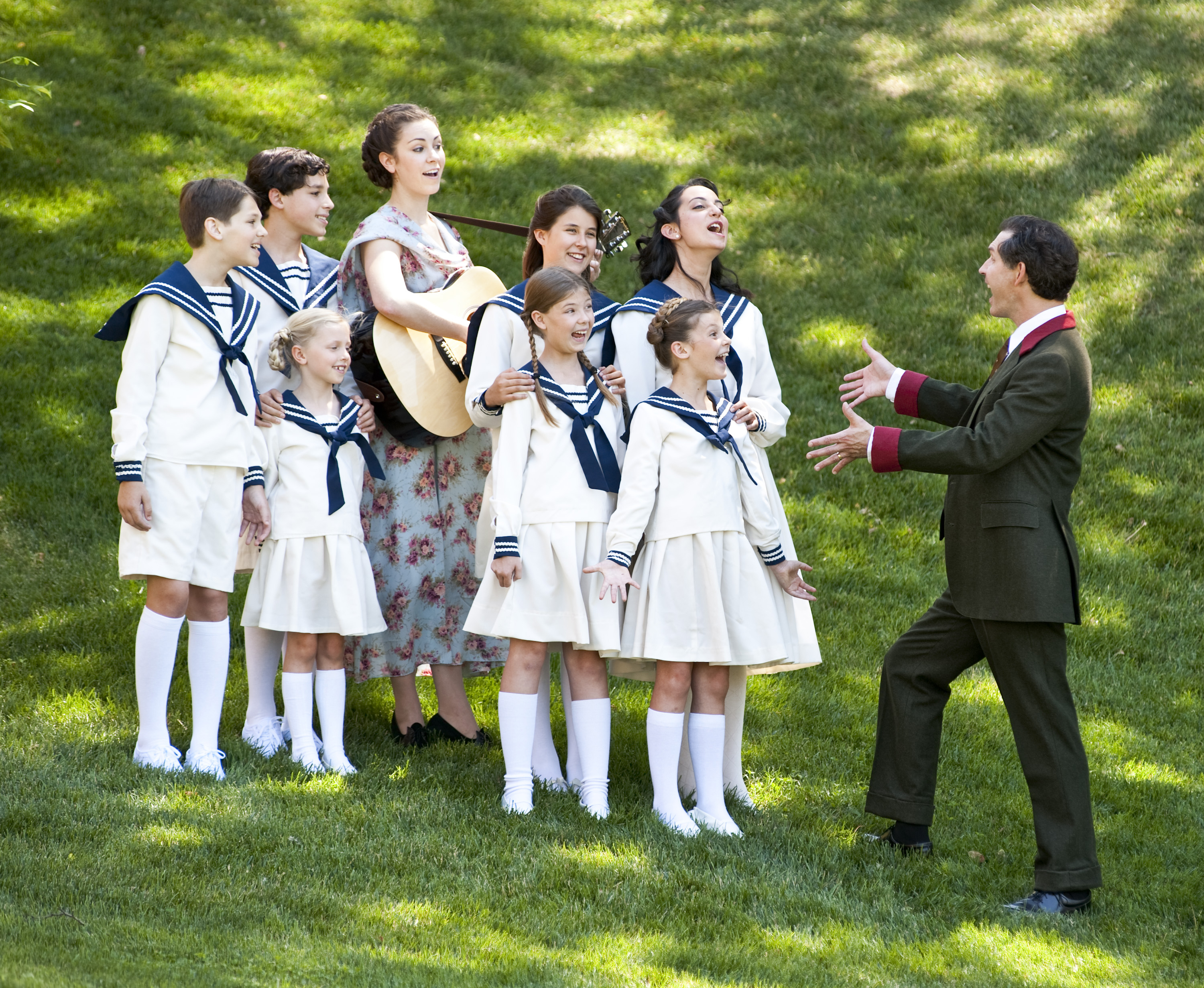 June 21, 2010 — A Charlottesville summer classic joins forces with a classic for the ages as "The Sound of Music" opens the 2010 Heritage Theatre Festival season.

The Rodgers and Hammerstein musical opens July 1 at Culbreth Theatre, bringing with it a tale and array of songs that have been delighting theatergoers since the show's Broadway debut in 1959.

Both the musical and the film versions of "The Sound of Music" have captivated audiences worldwide with its charm and collection of songs. The final collaboration between Richard Rodgers and Oscar Hammerstein yielded such classics as "Do-Re-Mi," "Edelweiss," "My Favorite Things" and "So Long, Farewell," while making the von Trapps the unofficial first family of musical theater.

"The Sound of Music" (music by Rodgers, lyrics by Hammerstein and book by Howard Lindsay and Russel Crouse) will be presented at Culbreth Theatre July 1-3 and July 5-10, at 7:30 p.m. each evening. There will be a 2 p.m. matinee performance on July 10.

"This show is the perfect way to open our season," said director Robert Chapel, the festival's producing artistic director. "We had such a terrific reaction to our production of 'Oliver!,' which opened last season, and thought we would continue that tradition of family-friendly shows to open this season as well. And you don't get more family friendly, or more cherished, than 'The Sound of Music.'"

The show's cast will feature a collection of local favorites, including actors Doug Schneider and Lydia Horan, as well as some exciting newcomers, Chapel said.

These include Emily Rice, who will be starring in the production as Maria. "Over the years I have had the great fortune of working with a number of students from Elon University, many of whom have become audience favorites for many years. This year, I am thrilled to introduce our audiences to Emily, whose remarkable talent and great charm make her not only a perfect choice to play this iconic role, but also make her a performer to watch for many years to come in the worlds of musical theater and beyond."

Audiences will have a second chance to see Emily in her role as Logaine Schwartzandgrubenniere in "The 25th Annual Putnam County Spelling Bee."

Playing opposite Rice is another Heritage newcomer, Lance Ashmore. Lance comes to Charlottesville by way of Cygnet, Ohio – thanks in part to the powers of YouTube.

"I am not exactly what you'd call an early adapter when it comes to the technological revolution," Chapel said, "but thanks to this show I am further along than I used to be. Lance auditioned for me on YouTube, and I am delighted to have found him."

The season will continue at Culbreth Theatre with "A Tuna Christmas," which will once again rely on the power of two talented actor/comedians, Evan Bridenstine and J.P. Scheidler, to bring to life the town of Tuna, Texas as it gets ready to celebrate the holidays as only the fine folks of Tuna can. "A Tuna Christmas," written by Ed Howard, Joe Sears and Jaston Williams, and directed by William Howard Rough, will run from July 15-17 and Aug. 2 and 5.

For ticket and schedule information or to order your tickets, visit www.uvahtf.org or call the box office at 434-924-3376.