This Student Has Invented a New Wound Care Technology 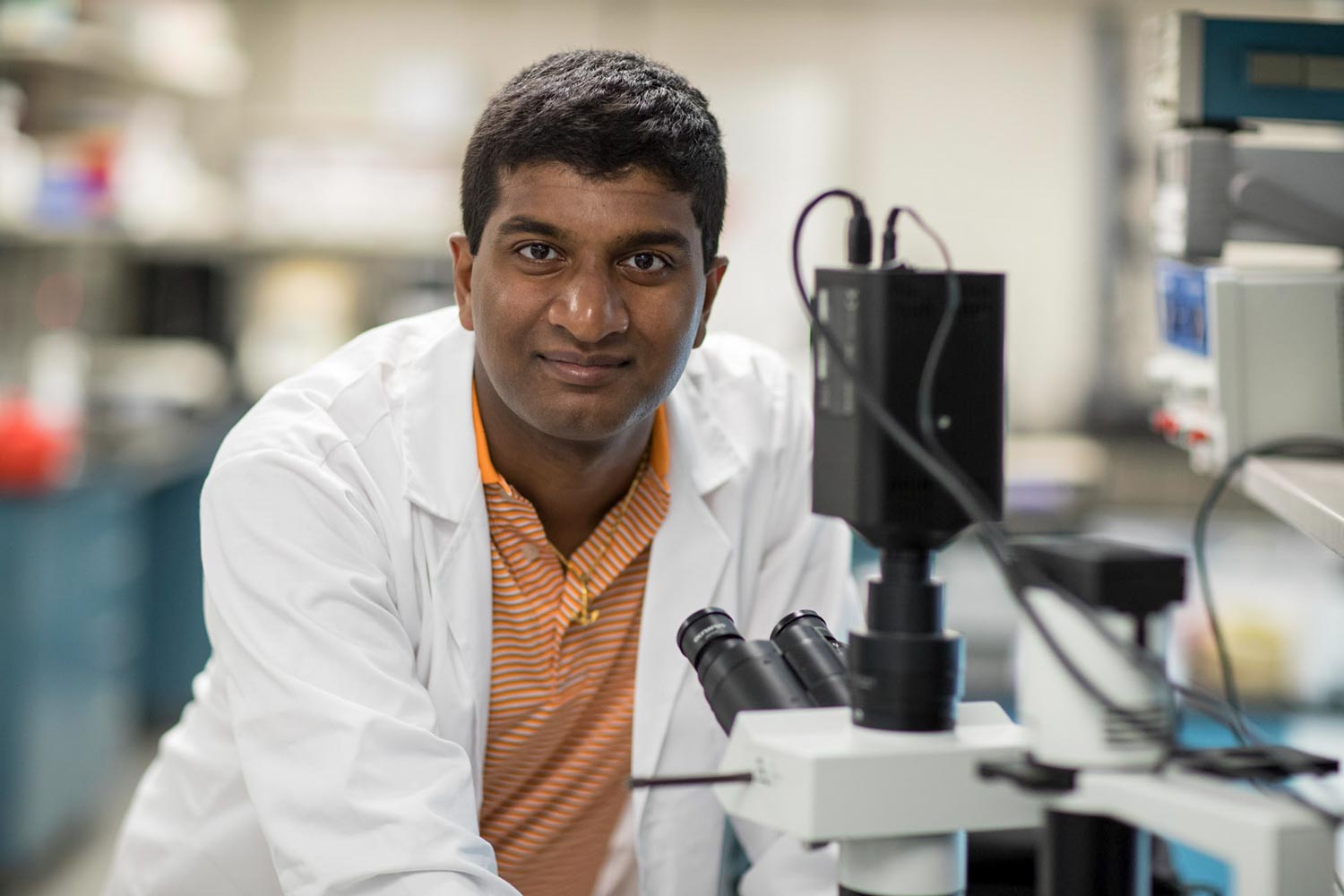 InMEDBio LLC, a company founded by University of Virginia fourth-year student Ashwinraj Karthikeyan, will be one of six undergraduate entrants to compete in the prestigious Collegiate Inventors Competition in November.

The competition has promoted innovation and entrepreneurship among college graduate and undergraduate students since 1990. Not only do participants receive encouragement and feedback, but they compete for cash prizes as well. Since its inception, the event has awarded more than $1 million to college students.

This year, Karthikeyan, a student in UVA’s School of Engineering and Applied Science, will present his invention, Phoenix-Aid – a new type of five-layered wound care technology set to revolutionize how chronic wounds are treated in developing countries and impoverished areas around the world.

InMEDBio’s success has been years in the making. Originally from Chennai, India, Karthikeyan has been living in Oshkosh, Wisconsin for the last nine years. He knew he wanted to create and market his own invention, and became interested in wound care technologies after the death of a coworker the summer before he came to UVA.

“A couple of weeks before I left for UVA, she went in for hip surgery,” he said. “It was a standard surgery, nothing serious. She went home that day. A few days later, she passed away because the wound got infected. It was a surgical site infection caused by faulty wound dressing. The surgery did not go wrong, but the dressing was faulty.

“That’s when I started looking into this issue. It dawned on me that if the problem was this bad in the United States, then it must be much worse in developing countries, where treatments aren’t affordable and health care systems and facilities are not advanced.”

Karthikeyan studied the issues regarding wound care in developing areas, understanding the needs of patients and developing the technology to meet these needs. At UVA, he launched InMEDBio and assembled a team to help in the development of Phoenix-Aid.

“We started researching and talking to people who knew more about this than we did,” he said. “We talked to doctors at UVA, doctors elsewhere, patients and industry professionals. We talked to around 700.”

In the end, Karthikeyan has focused on chronic wound care treatment, specifically in south India, where a large portion of the population is diabetic and at high risk to suffer from chronic wounds. People with diabetes in particular are susceptible to diabetic foot ulcers, a chronic wound that often appears on the balls of the feet and big toe.

“They are called chronic,” Karthikeyan said, “because by definition they last at least three months. Those who suffer from chronic wounds usually have a condition associated with them, such as diabetes or an immune system disorder. Diabetes is the most common. Their body isn’t able to protect them against infection as easily or heal wounds as quickly.”

This summer, Karthikeyan went to India in order to better understand patients’ pain points, as well as what they would be able to afford. According to Karthikeyan, chronic wounds in India are usually treated with a lot of gauze and, in the case of foot ulcers, a boot. The patient is often bed-ridden for months at a time. The gauze should be changed daily, something that is often too expensive for the patient.

Karthikeyan hopes to use this information as he develops the final iteration of Phoenix-Aid. He believes that his five-layered wound care dressing addresses what he has coined “the ABCs of wound healing” – A to accelerate the healing of the wound, B to block pathogens entering the wound site and C to comfort the wound itself.

“In short, what we’re doing is creating something that is moisture attentive and breathable, while at the same time actively and passively killing pathogens,” Karthikeyan said. “It does this efficiently and effectively so that it doesn’t damage the wound, and is durable while still being at a price point that patients can afford.”

According to Karthikeyan’s faculty adviser, Bala Mulloth, an assistant professor of public policy in the Frank Batten School of Leadership and Public Policy, Karthikeyan has raised nearly $120,000 in grants and fundraising.

“I can definitely see this being a viable product,” Mulloth said. “It’s a huge market. He’s trying to make a better, more efficient bandage. I like how he’s focusing on a customer segment – diabetics. He’s starting with a specific target audience and is building a technology that is needed worldwide.”

Karthikeyan will present Phoenix-Aid at the Collegiate Inventors Competition at the U.S. Patent and Trademark Office in Alexandria in early November.

It’s Copperhead Season in Virginia. Here Is What You Need to Know END_OF_DOCUMENT_TOKEN_TO_BE_REPLACED

What’s Next for UVA’s Class of 2022? END_OF_DOCUMENT_TOKEN_TO_BE_REPLACED