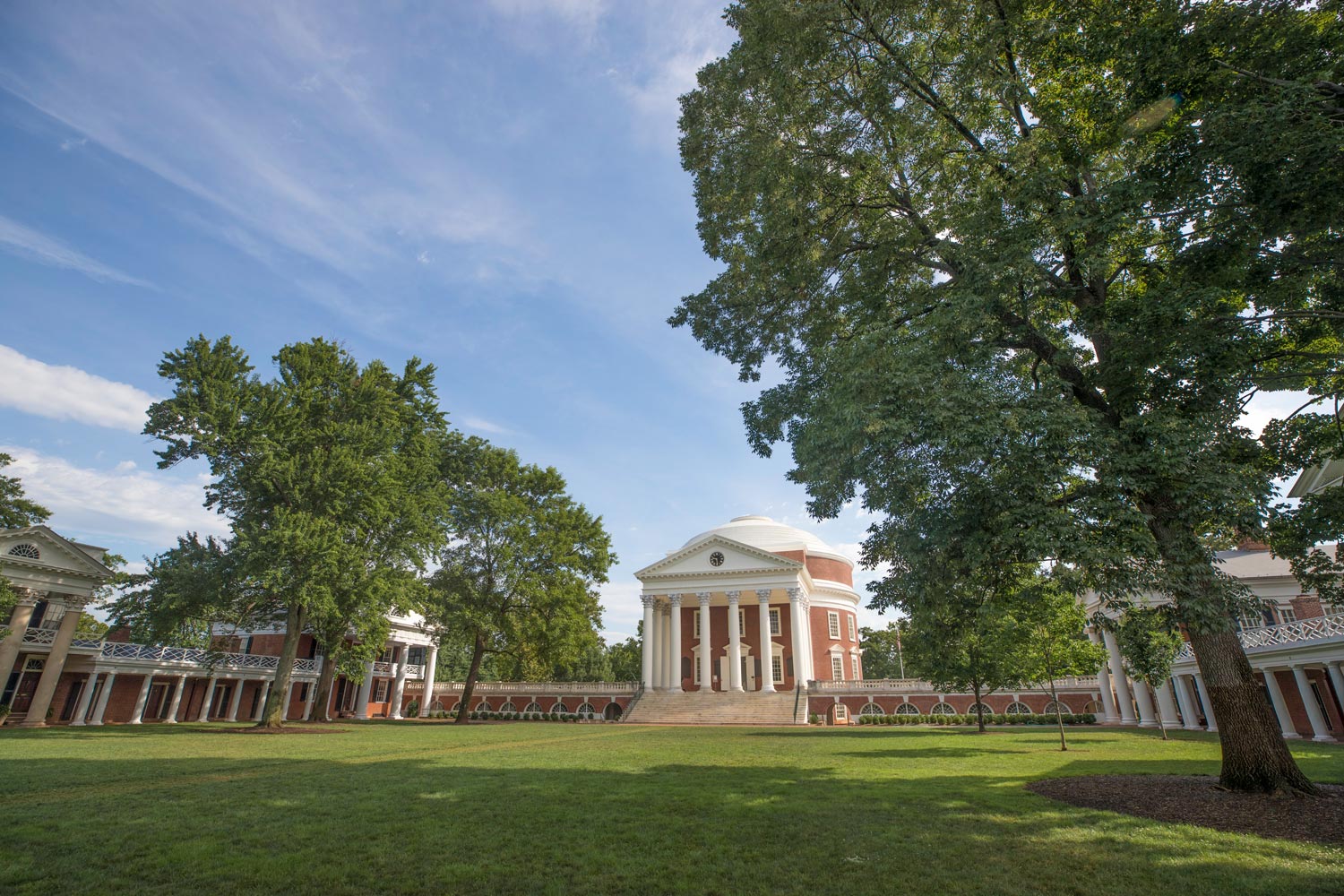 President Teresa A. Sullivan delivered the following message to the University community on Tuesday.

Dear Members of the University Community:

Last Friday torch-bearing protestors marched on our Grounds prior to Saturday’s rally and protests in downtown Charlottesville. Emotions remain raw in our community. We all mourn the loss of life on Saturday, the injuries, and the resulting distress. And we feel anger and frustration at the hateful messages that were directed to valued members of our community. Beginning to heal as a community from this trauma takes time and energy. And we must do so together.

The University of Virginia is a public institution and as such must abide by state and federal law regarding the general public’s right to access outdoor spaces. This includes open spaces such as Nameless Field and our historic Lawn, where torch-wielding protestors gathered and marched to invoke fear and intimidation.

What did the University know about the gathering here? What actions did that prompt? What enhancements should we consider to further refine policies and improve existing safety programs and protocols? Part of our ongoing responsibility is to consider these questions with those involved to reach frank conclusions about them that may yield opportunities for us to further improve our efforts. As we do following every major event and exercise, we will look for opportunities to improve our communication and coordination across the Grounds and with local law enforcement agencies.

I write today to reassure you that your safety is our most important concern. UVA has a robust network of safety resources that we have expanded in recent years. I would also encourage students to read Seven Resources to Help Students Stay Safe at the University of Virginia. While no public space or environment can be completely safe all of the time, the University will continue pursuing that goal as a top priority.

I remain proud of the actions of our community, our public safety officials and medical center staff in a tense, indeed unprecedented set of circumstances. I am deeply grateful that a volatile situation did not escalate even further on Grounds.

The University as a Public Institution

The University does not require permits to reserve public spaces. Existing University policy speaks only to the ability to access University-owned facilities such as academic buildings and athletic venues. We will review these policies.

We were closely coordinating law enforcement and public-safety plans with our state, city and county partners in anticipation of the “Unite the Right” rally on Saturday. This coordination included the monitoring and sharing of information about potential activities by protestors and counter-protestors in and around the city and county that had the potential to adversely impact public safety.

Law enforcement became aware late Friday afternoon from social media posts that there was a possibility of protestors gathering at the Rotunda later that evening. University Police immediately reached out to our partners in state and local law enforcement to determine if there were additional details.

Unfortunately, there were contradictory and misleading details about events, locations, routes and timing. University Police reached out to the alt-right organization and learned early Friday evening that members would be gathering at Nameless Field to march along University Avenue toward the north side plaza of the Rotunda for a short assembly and then disband and depart.

With this information, University Police conveyed the organizer’s plans to its law enforcement partners and immediately began to stage officers around the area in preparation for the ad hoc march.

The alt-right protestors did not do what they had said they were planning to do. They did not follow the route they had indicated — along University Avenue to gather on the large open space on the north side plaza of the Rotunda — and instead traveled down McCormick Road and onto the Lawn.

The torch-bearing protestors ultimately encountered the smaller group of counter-protestors with physical violence ensuing. Within minutes, University Police declared the gathering an “unlawful assembly” and ordered the crowd to disperse.

Given the short duration of the physical altercation and the law enforcement response to mitigate the threat, a university alert was not issued. There was a compelling interest in not attracting more protestors and heightened violence.

University Police arrested one protestor and charged the individual with assault and disorderly conduct. Several minor injuries were reported, including one University police officer who was injured while making the arrest. Several other individuals sustained minor injuries during the confrontation, none requiring admission to the hospital.

We are grateful for the efforts of University Police and our law enforcement partners during this very fluid and difficult event. I also want to express gratitude to members of the University and larger communities who came to the assistance of those injured on Friday.

A Call to Cancel All Wertland Block Party Plans

In consideration of my assurance that your safety and well-being remain our utmost concern, and given the immeasurable emotion and stress that first responders and community members experienced this past weekend, I am calling on our student community to put an end to the annual Wertland Block Party.

This private event occurs off our Grounds and thus the University cannot act directly to stop it. This gathering of students and the public has as its single purpose pursuing risky and harmful behavior including but not limited to consuming dangerous amounts of alcohol. This event threatens the general health of participants. It also places a tremendous strain on local law enforcement and health officials, all of whom have only begun recovering from the violence of this past weekend. Our students are prepared for leadership, and now is the time for leaders to step forward.

In the days ahead, you will be hearing more about planned activities for bringing our community members together to heal and support one another. I hope that members of the University community will participate in these activities and turn our collective focus toward the future.

What’s Next for UVA’s Class of 2022? END_OF_DOCUMENT_TOKEN_TO_BE_REPLACED