For These Two Future Engineers, Internships Began in High School 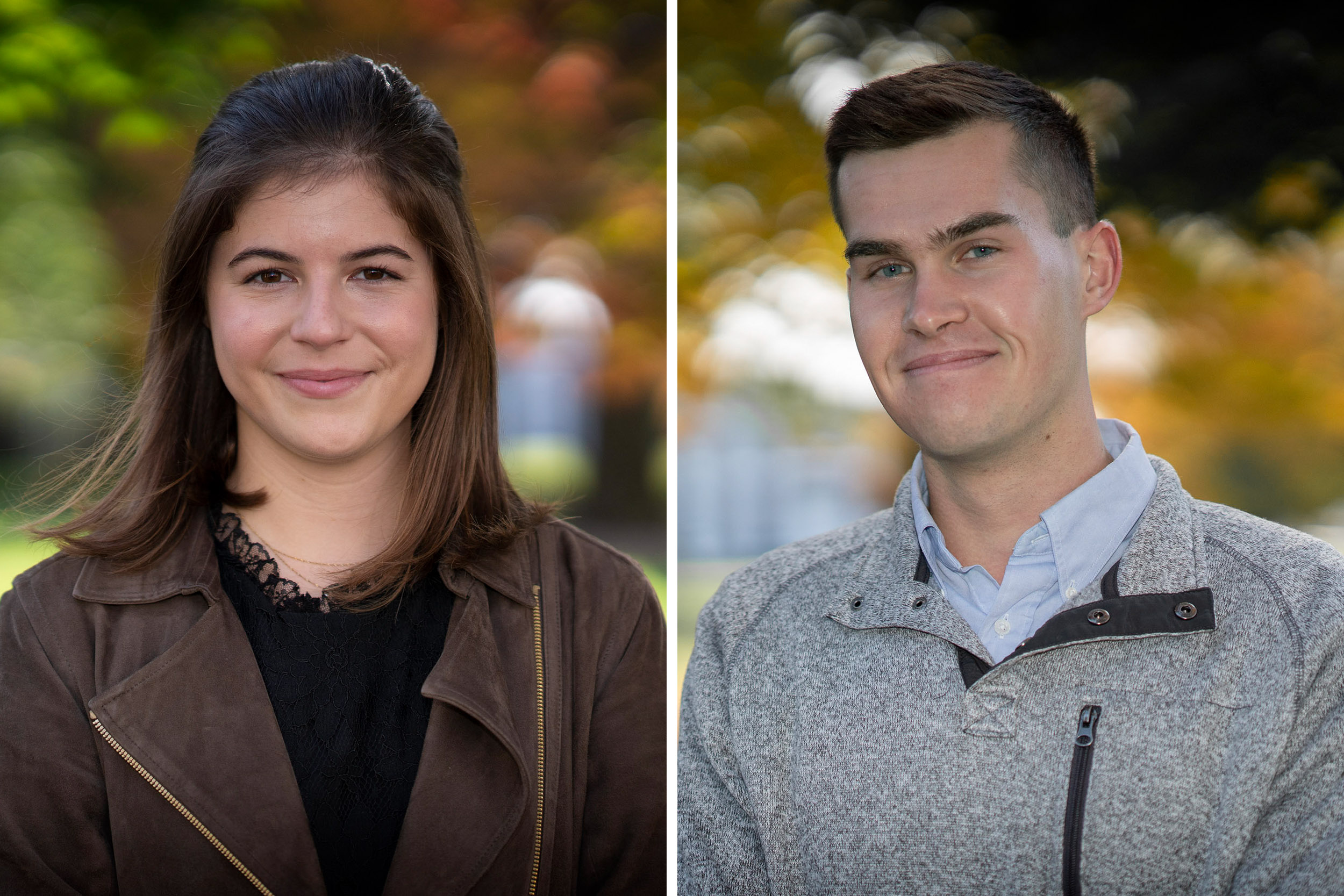 Systems engineering student Sally Sydnor, left, and civil engineering student Derek Sprincis started their internships with the Army Corps of Engineers office in Winchester while they were in high school. (Photos by Dan Addison, University Communications)

Internships are a window to the world of work. For two University of Virginia engineering students, the U.S. Army Corps of Engineers opened that window years ago.

Second-year students Derek Sprincis, a civil engineering major, and Sally Sydnor, a systems engineering major, interned with the Army Corps of Engineers office in Winchester, as both high school and University students. The students, both of whom hail from the northern Shenandoah Valley, view their experience as a transformative opportunity.

“My time with USACE showed me several perspectives that most college students aren’t able to experience until after they start working professionally,” Sprincis said. “I was able to work full-time in an engineering office, understanding how work is distributed and seeing firsthand the processes that are used to get things done.”

In Winchester, both Sprincis and Sydnor worked on projects for the U.S. Central Command for the Middle East and Central Asia.

“I worked on projects ranging from airfields in the Arabian Gulf to barracks in St. Croix,” Sprincis said. “I found it fascinating that the work I was doing was helping to improve regional stability and our nation's security.”

A Berryville resident, Sprincis was a student at Clarke County High School and Mountain Vista Governor’s School when he heard of the internship. “It was an opportunity I couldn’t pass up,” he said. 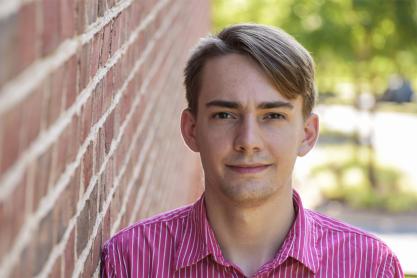 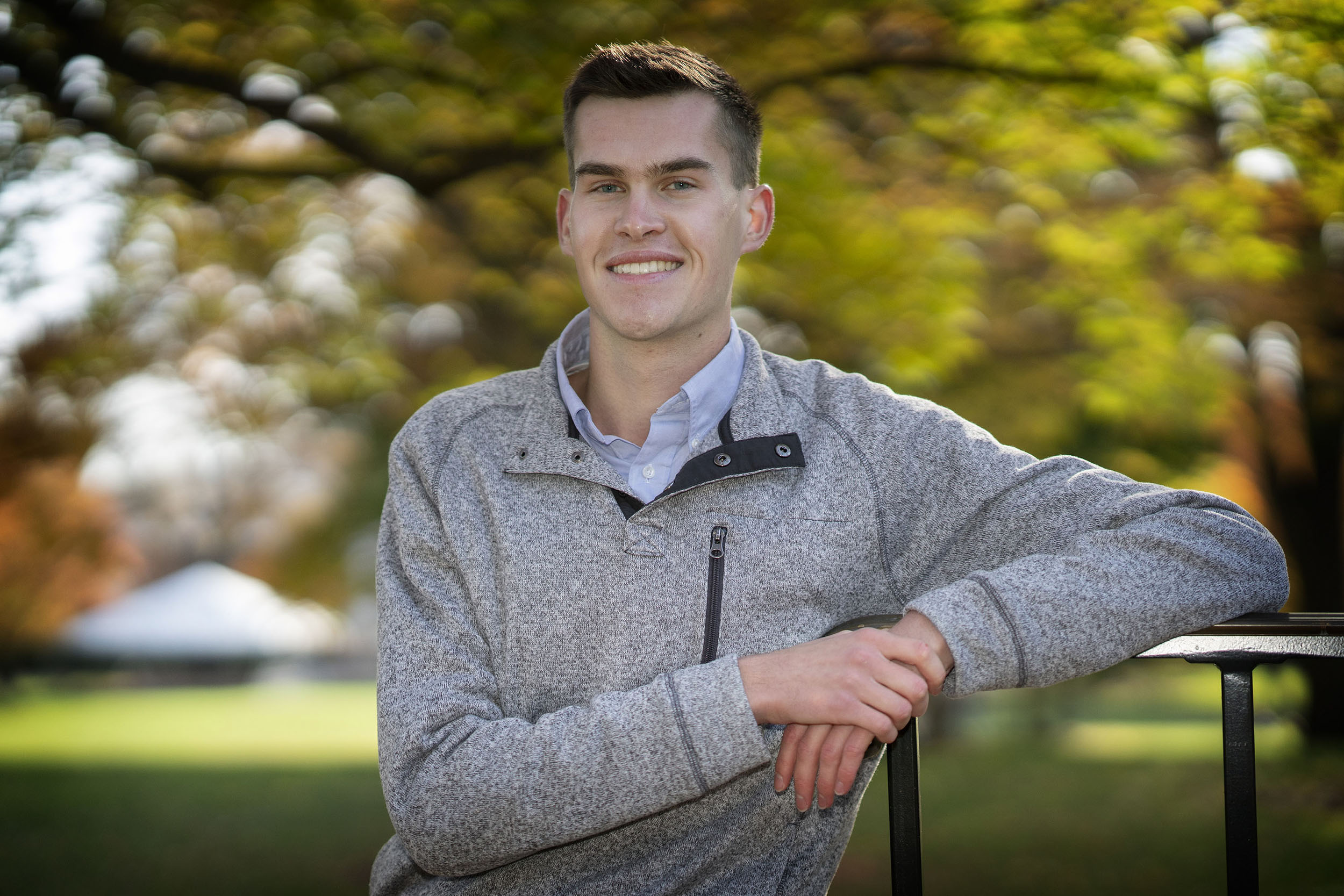 Derek Sprincis used skills he learned in engineering courses while working on projects he may face later as an engineering officer in the military.

His experiences with the corps will help Sprincis with his work as an engineer.

“My USACE internship is highly relevant to my major, civil engineering,” he said. “The Corps of Engineers is essentially the government’s engineering firm – they ensure that civil and military construction projects are carried through and completed. I was called upon to apply some concepts from my UVA [School of Engineering] education – whether that be my communication skills, civil engineering knowledge or even calculus skills – at least once a day during my time this summer.”

The internship should also enhance Sprincis’ military career. As an Air Force ROTC cadet, he said there is a “good chance” he will land a civil engineering assignment after graduation.

Leidy Klotz, a professor in the Department of Engineering Systems and Environment, described Sprincis as an amazing person.

“Derek has taken two of my courses, virtually last semester and in-person this, and is among the most emotionally mature and thoughtful people I’ve ever encountered,” Klotz said. “He’s an incredibly hard worker, but always with a smile, and in service to others.

“I’m excited to see what Derek does next. It wouldn’t surprise me one bit to see him as an elected official, chief executive officer, high-ranking military officer – or perhaps all of them.”

“Derek Sprincis is currently the top-ranked cadet, out of 62, in the Air Force ROTC second-year class,” Tulip said. “The cadet leaders say his strengths are ‘motivation and organizational skills that he uses to help out his teammates.’ I’ve observed Derek to be mature, attentive and responsible.

“He is a pleasure to teach as he consistently actively engages with the course material and his classmates. It’s clear that he has a growth mentality and wants to be a strong leader. He has a phenomenal attitude, and I never hear him complain. I anticipate him continuing to excel in AFROTC and possibly serving as the cadet commander during his fourth year.”

Garrison Myer, an engineer who worked with both students at the Corps of Engineers, praised Sprincis for accepting input from his advisers that was later reflected in his work.

“From the start of his high school internship with the Army Corps of Engineers, Derek wholly embodied the values we strive for at the corps,” Myers said. “Derek eagerly took on the project of designing a small residential home for his high school intern project. Although a project focusing on only one discipline is required over the course of the internship, Derek willingly expanded the scope of work for the project so he could learn about design in architecture, structural, electrical and mechanical engineering. Derek often stayed longer than the required amount of time in order to deliver a superb product.”

A Rodman Scholar, Sprincis is a resident adviser and a member of the Society of American Military Engineers.

“I plan to earn a master’s degree in systems engineering from UVA SEAS after graduating with my bachelor’s degree in civil engineering,” he said. “After that, I plan to enter either the U.S. Air Force or U.S. Space Force as an engineering, acquisitions or space operations officer.”

Sydnor said interning with the Army Corps of Engineers has been the most meaningful experience of her college career.

“One of the most valuable things I learned this summer was really gaining a better understanding of the corps’ work and its values,” Sydnor said. “During lunch or coffee breaks, I learned about my coworkers’/mentors’ experiences where they had traveled and served in parts of the Middle East. That, coupled with the significance of certain projects, shined a light on the importance of the Army Corps’ work.”

Sydnor appreciated the flexibility to work in different areas of the office.

“Given my role as intern, I was able to jump around between some of the bigger projects in the Middle East, as well as some of the designs related to the Special Projects unit,” she said. “I got involved in some of the office’s 3-D printing design and was honored to receive recognition from Command Sgt. Maj. Toussaint from USACE Headquarters in Washington, D.C.”

Sydnor, of Winchester, was a student at John Handley High School when she entered the corps’ orbit. She started working on a project in person for the corps during the spring semester of her senior year in high school.

“I had about a month of working in the office until the pandemic sent everyone home to work,” she said. “I continued the internship for another two to three months from home. To think that we had no idea what we were up against in January 2020, and then to be able to continue interning via telework was so accommodating on USACE’s part … I am still very grateful to have been given the opportunity to intern and continue to do so despite the pandemic.”

Myer described Sydnor as a “stellar” intern and praised her ability to complete and present projects virtually.

“What really sets Sally apart from other interns we have had was her willingness to continue in the program through the shutdowns of the COVID-19 pandemic in spring of 2020,” Myer said. “We gave Sally the opportunity to cut her internship short as the office closed and in-person meetings with our engineers and architects would no longer be available. Sally truly had the spirit of the corps when given this option, essentially responding with our motto, ‘Let us try.’ 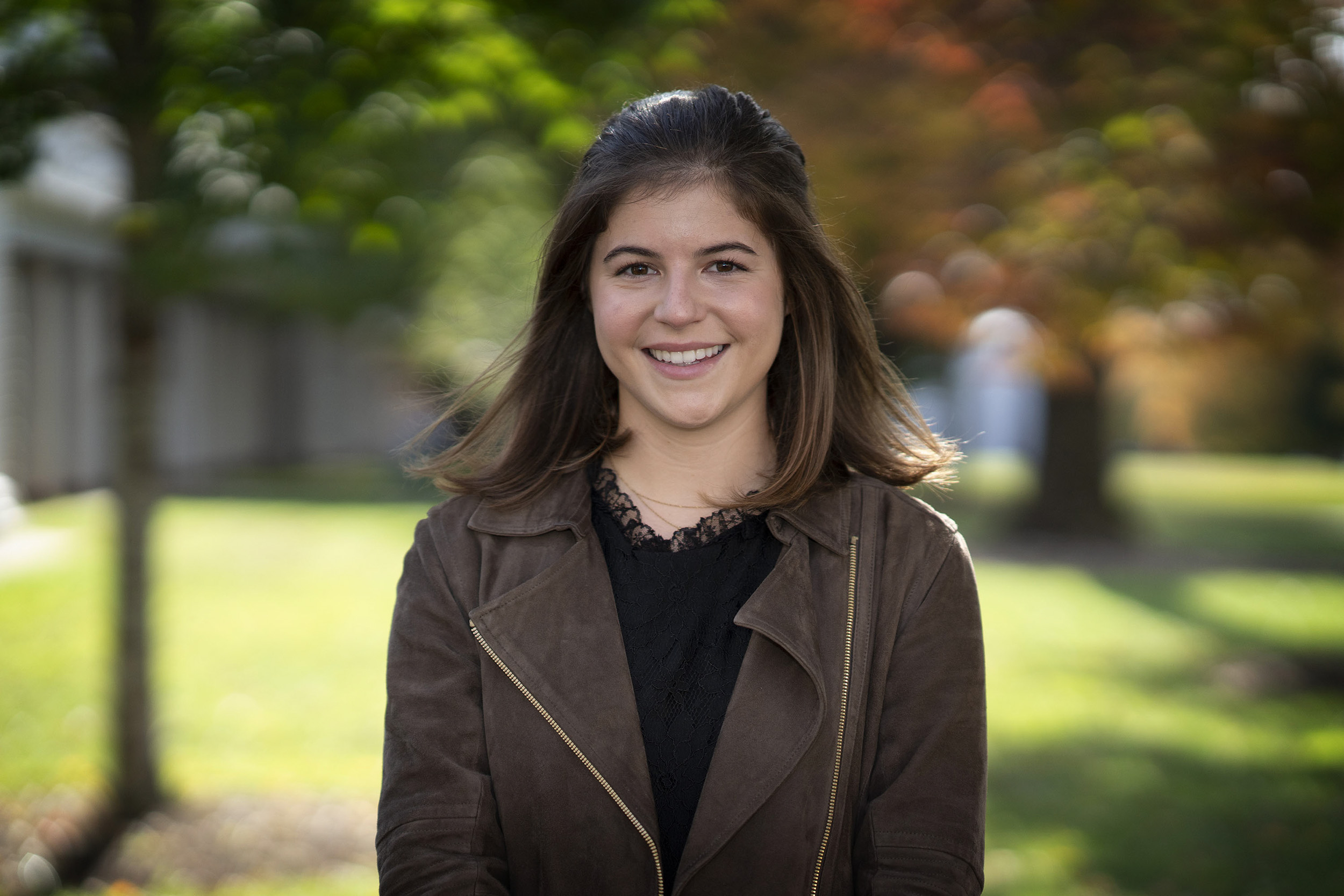 Sally Sydnor said the internship gave her a new perspective into the importance of the corps’ work.

“Sally’s spirit of perseverance through her high school internship was awe-inspiring and one of the reasons we reached out to her when the call for applications went out for our summer hire program.”

Sydnor’s adviser, Sara Lu Riggs, an assistant professor in the Department of Engineering Systems and Environment, has been impressed by her manner.

“She is very much on top of things and comes very prepared to all meetings,” Riggs said. “She has a wide range of interests and strengths and is eager to figure out what her future holds. I am excited to work with her during her time at UVA to help her figure things out and look forward to having her in my class next year.”

“Her eagerness to learn, ask questions and ensure she understood the task at hand fully prior to proceeding demonstrated the typical mindset of a design engineer,” said Brian Blusius, an engineer working for the corps. “Ms. Sydnor conveyed engineering calculations from paper as well as details from structural models to a three-dimensional design that were later issued for bidding and construction. Although Ms. Sydnor had only completed one year of university to date at the time of her internship, she did not hesitate to spearhead everyday engineering problems with licensed engineers and assist with developing solutions.”

Sydnor is a member of the Reformed University Fellowship, Alpha Delta Pi sorority and the UVA Women’s Club Soccer team.

“I am planning to go into management consulting post-college or seek out a higher degree such as a Master of Business Administration in the years following getting my undergraduate degree,” she said. 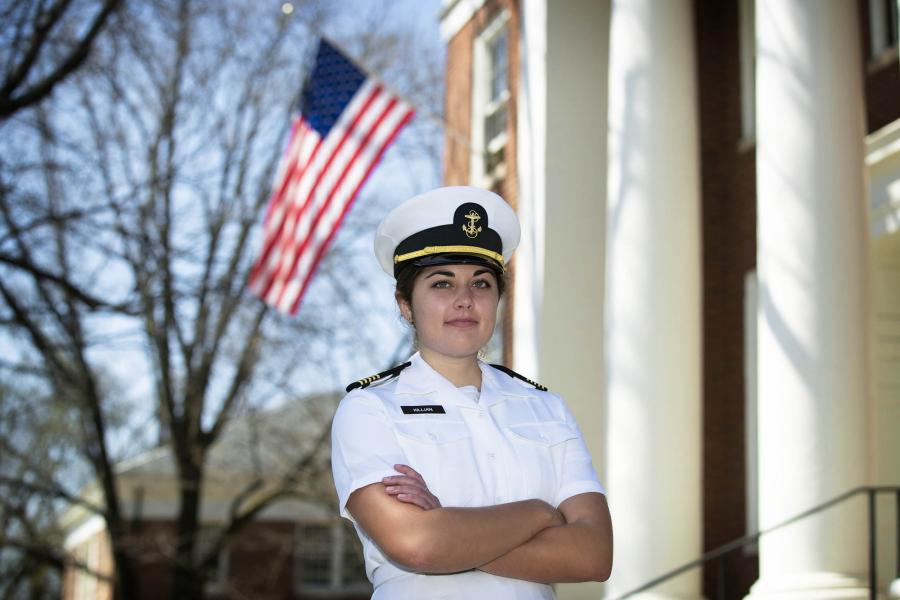 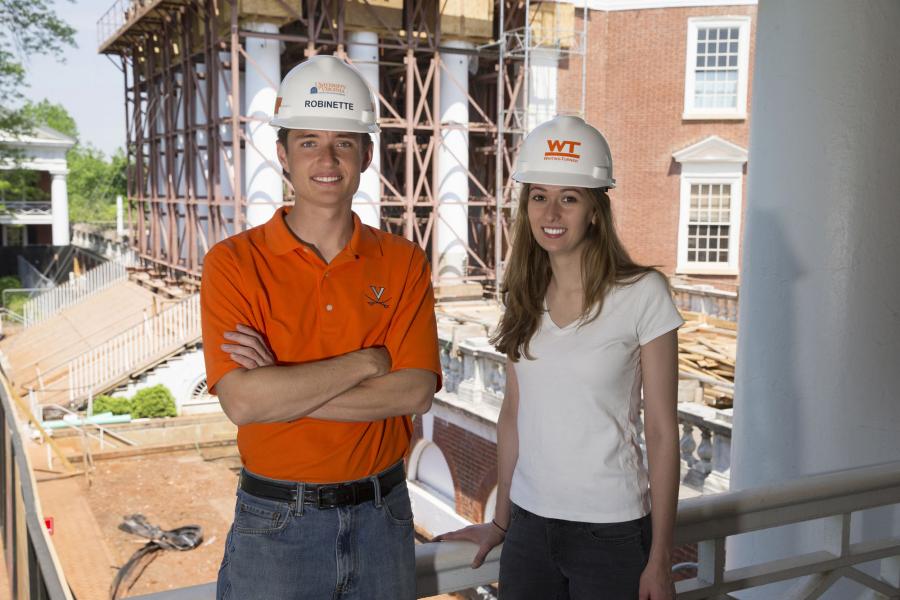 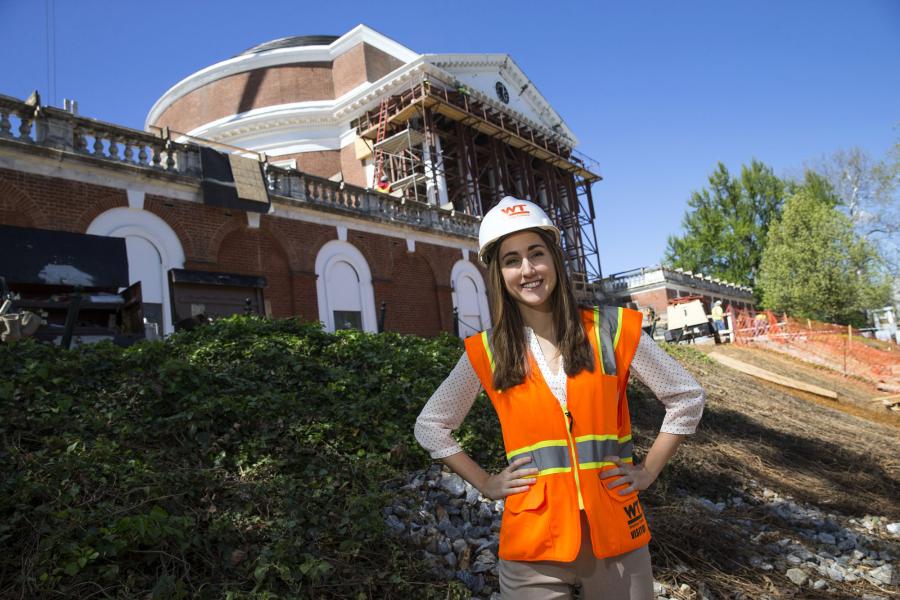