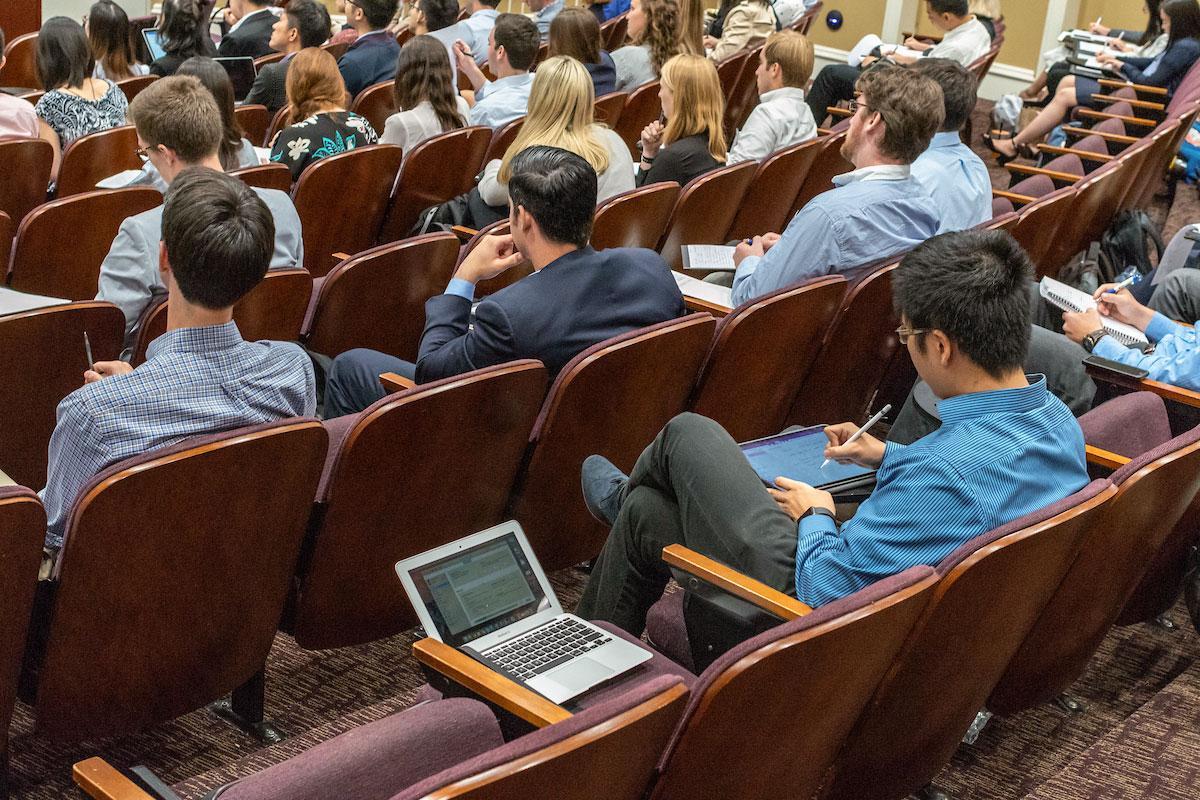 News this week that three degree programs in the University of Virginia’s McIntire School of Commerce have officially been designated as “STEM” programs may have prompted some to ask one of UVA President Jim Ryan’s famous questions:

Followed by, “Who makes such decisions? And why does that designation matter?”

A little background: According to Encylopaedia Britannica, the National Science Foundation coined the acronym STEM – for “science, technology, engineering and mathematics” -- in 2001. In the years since it has become not only a buzzword, but a lynchpin of the current and future employment landscape.

Today, educational institutions seek to hone student’s skills in those fields in order to prepare them for careers in the modern, technical marketplace. Schools promote programs to advance STEM literacy; scholarships and fellowships actively recruit students into STEM disciplines; and graduates with STEM credentials are highly sought-after.

STEM is the future. STEM is in. STEM is hot.

So hot, in fact, that the U.S. government has taken a renewed interest in promoting STEM education to ensure the marketplace has enough workers to meet the demand. Specifically, the government has enacted programs that offer eligibility to international students with STEM degrees to stay in the U.S. workforce for a period following graduation – which brings us to this week’s news from McIntire.

The school’s announcement offers the following details: “Programs with a STEM designation offer eligibility to international students with F-1 visa status to remain in the U.S. longer after graduation. All international students are eligible to apply for up to 12 months of work authorization; however, graduates of a STEM-designated program have the opportunity to apply for an additional 24 months on an optional practical training (OPT) extension.”

[Editor's note: Since this story was originally published, McIntire's M.S. in Accounting has been added to the STEM list.]

The designations – which are rare for general business degrees – not only underscore the technical rigor of the programs, but also offer McIntire a new advantage in recruiting international students.

As McIntire Dean Carl Zeithaml stated in the school’s announcement, “As a community that deeply values diversity, these designations will allow us to attract applicants who bring competitive academic rigor, rich global perspectives and significant value to our classrooms.”

All of this leads to another question: How do McIntire’s business programs fit into STEM?

“The designation requires that a substantial amount of a degree program’s coursework incorporates quantitative and analytical topics that align with STEM,” according to the announcement – and that fits well with McIntire’s curriculum, Zeithaml said.

“A significant orientation toward technical, analytical and quantitative skill development is a longstanding hallmark of all our curricula, and these STEM designations are a reflection of our strategic focus,” he said, adding, “These designations demonstrate the McIntire School’s continual responsiveness to the growing worldwide demand for well-rounded, analytical thinkers in the workforce. As business practices become increasingly reliant on analytics, we evolved our programs to stay current, if not future-oriented, ensuring that our students graduate with the technical skills employers seek.”

The school stressed that neither its curricula nor its faculty will change based upon the designations, since the STEM-related coursework is already in place for core and elective courses.

The McIntire School’s B.S. in Commerce is ranked as the No. 2 U.S. undergraduate business program by Poets&Quants, a publication that focuses on higher business education. Approximately 17 percent of McIntire’s more than 700 current undergraduates hold citizenship from a country other than the U.S.

The school’s M.S. in Commerce, now in its 11th year, is a one-year master’s degree designed for students with a recent undergraduate degree in the liberal arts, science or engineering. International students make up 20 percent of the current class. The program was ranked the No. 2 master’s in management worldwide by The Economist in 2017.

McIntire’s M.S. in the Management of Information Technology is a recognized leader in developing technology-savvy managers and decision-makers. The one-year master’s degree helps business and technology professionals learn to create greater business value through the effective use of current and emerging technologies.

The designations will go into effect this spring.

Should Alcohol Have Warning Labels About Cancer Risk? Most Americans Say ‘Yes’ END_OF_DOCUMENT_TOKEN_TO_BE_REPLACED