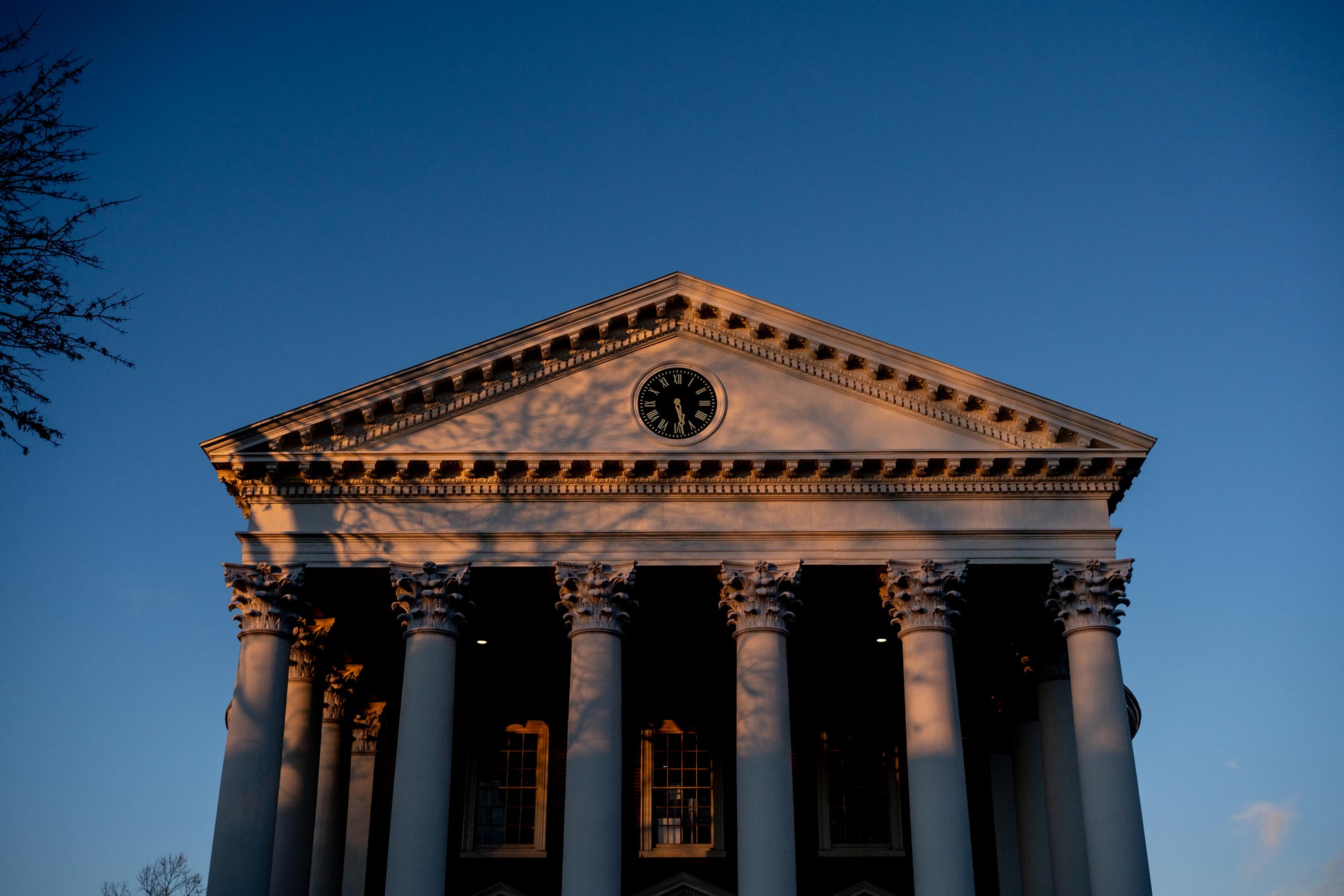 On Friday, University of Virginia President Jim Ryan and the University’s executive leadership team hosted a virtual town hall addressing the University’s response to recent increases in COVID-19 cases in the UVA community.

The town hall came three days after the University announced the implementation of new health and safety restrictions in response to a sharp rise in COVID-19 cases among students. Those restrictions took effect Tuesday evening and will remain in place through Feb. 26, when UVA leaders will re-evaluate them based on case numbers and other data at that time.

Friday’s discussion focused on the data and concerns that spurred that decision, as well as questions about violations of public health protocols, distribution of cases and plans for the semester going forward. You can view a full recording of the discussion here.

To begin, Ryan offered a short reflection on the past week, recapping why leaders decided to impose additional restrictions.

“We took these actions because starting last week, we began to see an unusually large rise in cases among our students, as compared with the fall,” he said. “This was not a decision we made lightly, and it was a decision informed by the unanimous advice of our medical experts.”

Rosner gave a short presentation of some of the data he and other medical experts considered, noting that they were alarmed by a roughly 300% increase in cases among students over a 14-day period. The positivity rate – the number of COVID-19 tests coming back positive – also rose, indicated that the increased case numbers were not simply a result of increased testing.

There has been a wide distribution of positive cases, Rosner said, with approximately 75% of positive cases currently among students living off-Grounds. At the time of the town hall, 49% of the University’s quarantine space was occupied, and 21% of its isolation space. However, Rosner noted that UVA will be able to secure additional quarantine or isolation space as needed. Currently, hospital capacity is not a concern, he said.

UVA has used extensive contact tracing efforts, as well as discussions with student focus groups, to try to pinpoint sources of transmission. At this time, the spike cannot be attributed to a single event or to a single variant of the virus, Rosner, said, though some cases of the U.K. variant of COVID-19 have been confirmed in the UVA community.

Regarding sources of the current spike, Ryan specifically addressed concerns that fraternity and sorority rush might have contributed to the problem. While those events could have caused cases – and are being examined, Ryan said – testing and contact tracing data also shows the rise in cases is more widespread than if it stemmed from a single event or group.

“Positive cases so far have been distributed across the entire student population, and include students living both on- and off-Grounds, undergraduate and graduate students, and students affiliated with a large range of groups,” he said.

The virus was likely transmitted through both “willful violations” of public health protocols, Ryan said, and mistakes or moments of letting one’s guard down.

Regarding fraternity and sorority rush, Ryan and Groves emphasized that Greek organizations have been subject to the same public health restrictions as other student groups, including a gathering limit of six people. Groves’ office was in frequent communication with fraternities and sororities before and during the rush process, urging them to hold events remotely and comply carefully with all restrictions on in-person activities. The University also enlisted the help of University Ambassadors and the University Police Department in monitoring those activities.

Violations that occurred during rush, or any other violations of public health protocols, can be reported through the UVA Compliance Office. Groves said his office has received reports of some violations, and has opened cases for COVID violations against students and student groups, including five fraternities. Those cases, as has been true since the fall semester began, will be processed through the student-run University Judiciary Committee, which has the ability to enact sanctions.

After Ryan and Rosner spoke briefly about the current situation, leaders answered a wide variety of questions from participants, including questions about how they will make the decision to modify current restrictions – a process that will involve examining data about cases, positivity rates, isolation and quarantine space and other factors, led by guidance from medical experts.

Sifri, the director of hospital epidemiology, expressed optimism that the nearly two-week period of stricter measures will help flatten the curve at UVA.

“Based on our experience with the virus, we anticipate that we should see improvement if we follow these safety measures, which we know work,” he said.

Bell, who is part of vaccine advisory group at UVA Health, also answered several questions about the vaccination process and UVA’s role in it, and emphasized the importance of both speed – getting as many people vaccinated as quickly as possible – and equity – getting the vaccine to groups that are most vulnerable to the virus, and helping ensure access and education around the vaccination process.

Though UVA Health has no role in determining eligibility for the vaccine – those decisions are made by the Virginia Department of Health – UVA is partnering with the state Department of Health and the Blue Ridge Health District to administer vaccines. At the end of January, UVA Health and the Blue Ridge Health District announced a second COVID-19 community vaccination site at Seminole Square. So far, Sifri said, UVA Health has provided more than 40,000 vaccine doses, and around 25% of the Charlottesville population has had at least one dose of a COVID-19 vaccine.

Several audience members also raised questions about in-person courses, which are continuing to meet during this period of increased restriction. Both Magill and Rosner said that the classroom environment, with all of the public health protocols in place, has not proved to be a source of transmission.

“We believe it is a low-risk environment,” Rosner said. “In fact, it is one of the most controlled environments we have.”

Magill also expressed optimism that the University will be able to fully return to in-person instruction in the fall.

“Our expectation is that we will be able to return to normal operations, though we will be ready to pivot if we need to,” she said.

Overall, the leaders emphasized the importance of working together, both during this period of increased restriction and after restrictions are eased, to continue to slow the spread of the virus – even as “pandemic fatigue” increases after nearly a year of dealing with the threat posed by COVID-19.

Ryan readily said that what they are asking is not easy, but is nonetheless essential.

“I am sorry for the burden that has been placed on all of you, and on our faculty, staff and Charlottesville neighbors,” Ryan said, addressing students and acknowledging that the pandemic has required students to sacrifice much that would be part of a normal college experience.

“I have every hope that the next week will help get us back on track,” he said. “If things start to improve, we will do what we can to get closer to normal, as soon as we can. I believe we can get there together. I know that we cannot get there apart.”

Netflix to Add Ads. Why This Could Be a ‘Game-Changer’ for Your Viewing Experience END_OF_DOCUMENT_TOKEN_TO_BE_REPLACED

What’s Next for UVA’s Class of 2022? END_OF_DOCUMENT_TOKEN_TO_BE_REPLACED