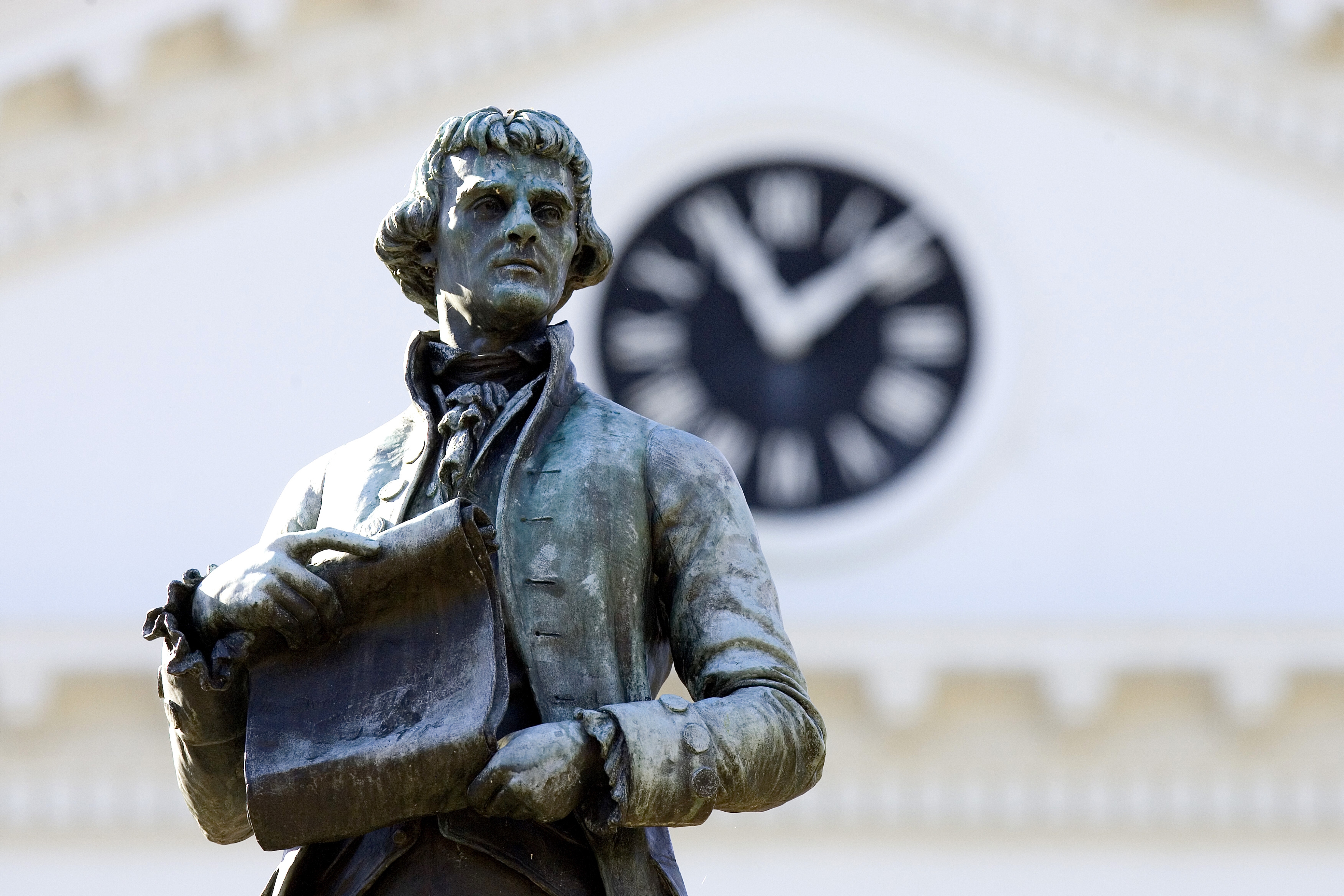 The University of Virginia and Monticello are launching a massive open online course – or MOOC – on the life and legacy of Thomas Jefferson, the principal author of the Declaration of Independence, third president of the United States and U.Va. founder.

Titled “Age of Jefferson,” the course launches Feb. 17 – President’s Day – and is being taught by Peter Onuf, U.Va.’s Thomas Jefferson Memorial Foundation Professor Emeritus, senior fellow at the Robert H. Smith International Center for Jefferson Studies at Monticello and an expert on Jefferson and the early American republic. The six-week, noncredit course is free and can be taken on either Coursera or iTunes U. (A preview of the course can be viewed here.)

“Thinking about – and with – Jefferson enables us to gain a fresh perspective on our world, a world that Jefferson did so much to shape,” said Onuf, who is also one of the three “history guys” who host the public radio show, “BackStory with the American History Guys.” “The American Revolution marked a critical and formative epoch in the emergence of the modern world. Studying Jefferson, his hopes and fears, his achievements and his failures, enables us to understand our world better.”

The course will offer an introduction to Jefferson’s thoughts, focusing on several key ideas and themes that engaged him throughout his public career and private life. It will address the three achievements Jefferson asked to be listed on his tombstone: writing the Declaration of Independence, advocating religious freedom, and advancing the cause of education by founding the University of Virginia. The course will also explore Jefferson’s lifelong relationship with the institution of slavery.

“Peter Onuf’s MOOC on Jefferson has something for everyone everywhere,” Jeffrey W. Legro, U.Va.’s vice provost for global affairs, said. “The ideas that Jefferson struggled with – the equality of people, human freedom, church and state, the best means of higher education and the need for political change – are ideas that people near and far continue to struggle with today. Jefferson is one of America’s original global thinkers; in this course Onuf brings him, and the magic of the University of Virginia and Monticello, to inquiring minds around the world.”

“Jefferson knew that what he had put in motion in the Declaration of Independence was for all men, everywhere,” said Leslie Greene Bowman, president and CEO of Thomas Jefferson’s Monticello. “As Jefferson said, ‘This little ball of liberty is now so well in motion,’ and he hoped that it would continue to roll around the globe. This new MOOC is a unique opportunity to engage audiences in a global dialogue about Jefferson’s actions and principles in his time, and their continued influence to the present day.”

Onuf, a graduate of the prestigious Johns Hopkins University doctoral program, wrote or edited more than a dozen books, including “The Mind of Thomas Jefferson.” Teaching and advising students has been central to his career; he has supervised or advised approximately 35 doctoral dissertations and, in 2012, the American Historical Association recognized Onuf’s remarkable teaching abilities with the Nancy Lyman Roelker Mentorship Award.  Currently, Onuf is collaborating with Pulitzer Prize-winning author and MacArthur Fellow Annette Gordon-Reed on a book about Jefferson’s intellectual life, entitled “The Most Blessed of the Patriarchs: Thomas Jefferson and the Empire of the Imagination.”