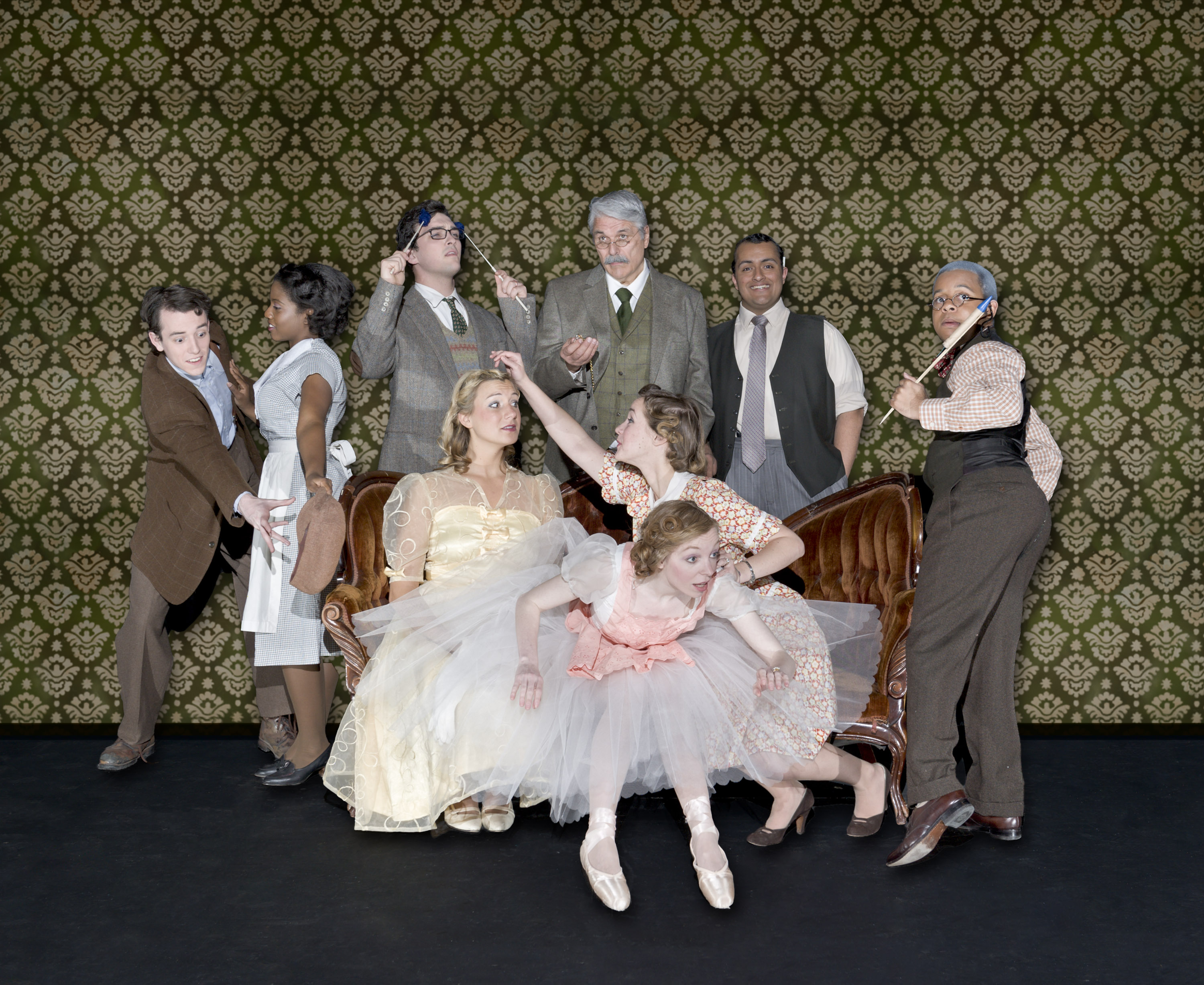 The University of Virginia Department of Drama is set to close its 2012-13 season and celebrate the start of an exciting new era when the classic American screwball comedy “You Can’t Take It with You” opens the brand-new Ruth Caplin Theatre on April 18.

The latest addition to the Betsy and John Casteen Arts Grounds, the 300-seat facility is a “thrust-style” theater, extending the stage into the audience on three sides, creating a greater sense of intimacy between the performers and the audience. It is designed to accommodate growth across the University’s acclaimed performing arts programs.

Named for Ruth Caplin, the facility was built thanks in part to a $4 million donation from Caplin and her husband, Mortimer Caplin, an alumnus of U.Va.’s College of Arts & Sciences and School of Law.

“We are absolutely delighted to be able to share this remarkable new facility with our audiences for the first time,” said Tom Bloom, associate professor and chair of the drama department.

“We are so grateful to the Caplins for their generosity, vision and commitment to the University, which will provide students and audiences alike a state-of-the-art facility in which to learn and enjoy theater for generations to come.”

The historic nature of the opening of this classic American comedy is certainly not lost on the play’s director, John Paul Scheidler, who graduated from the University in 1999 with a Master of Fine Arts degree and has directed plays for the Heritage Theatre Festival.

“It is such an honor to have ours be the first show ever in this incredible new theater,” he said. “It’s fantastic for the school to have this new space for students to work in.”

“You Can’t Take it With You,” written by Moss Hart and George S. Kaufman in 1936, proves that when it comes to crazy families, everything is relative. When a young woman introduces her eccentric brood to her buttoned-up future in-laws, the resulting catastrophe brings cascades of laughter.

According to Scheidler, “You Can’t Take It with You” features one of life’s most popular pairings – laughter and family.

“In some ways it reminds me of watching ‘The Muppet Show’ or ‘The Munsters’ – or a three-ring circus,” Scheidler said. “This is a family who really knows how to enjoy life.”

Scheidler expects that audiences will find some common ground between the family onstage and their own. “For all of us, working on the play has caused us at various times to say, ‘Hey, that reminds me of my grandmother, or my mother, or someone I went to grad school with,” Scheidler said.

“I am hoping that the audience will recognize this on-stage fictional family as being really out there, but will also give themselves permission to enjoy life in the same way that the characters do.”

Tickets are $14 ($12 for seniors, U.Va. staff and alumni association members; $8 for students), and are available either online or by calling 434-924-3376 or visiting in person weekdays from noon until 5 p.m. at the U.Va. Arts Box Office, located in the lobby of the Drama building.

Free parking is available at the Culbreth Road Parking Garage, located alongside the theaters.

Here Is What You Need to Know About the New Coronavirus Variant, Omicron END_OF_DOCUMENT_TOKEN_TO_BE_REPLACED

Fall Is in the Air on Grounds END_OF_DOCUMENT_TOKEN_TO_BE_REPLACED

Meet the Cats and Dogs Your CVC Donation Supports END_OF_DOCUMENT_TOKEN_TO_BE_REPLACED