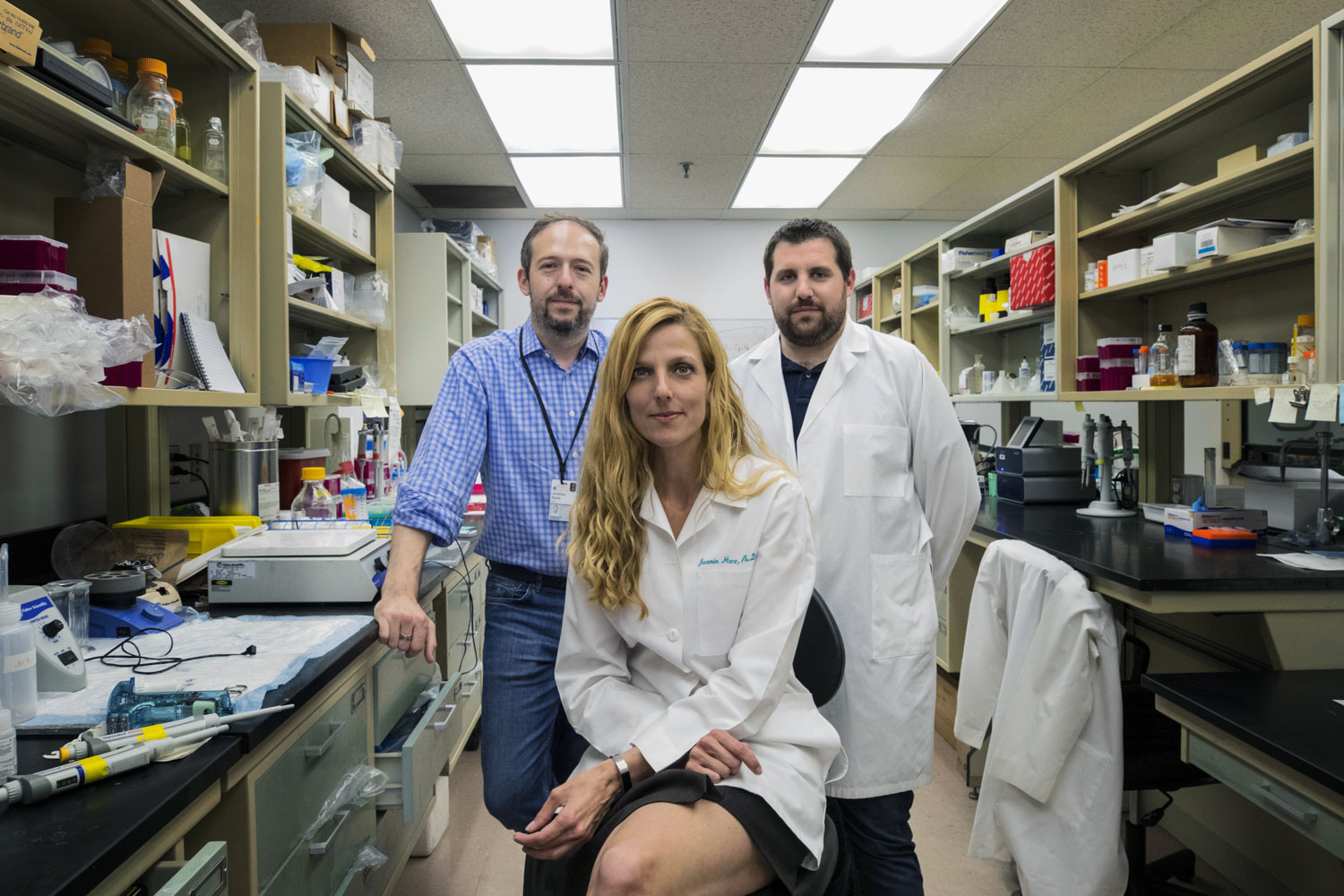 Lymphatic vessels that clean the brain of harmful material play a crucial role in the development and progression of multiple sclerosis, new research from the University of Virginia School of Medicine suggests.

The vessels appear to carry previously unknown messages from the brain to the immune system that ultimately trigger the disease’s symptoms. Blocking those messages may offer doctors a new way to treat a devastating condition that affects more than 2 million people.

The discovery comes from the same UVA lab that identified the lymphatic vessels surrounding the brain – vessels that textbooks long insisted did not exist. In an exciting follow-up, the researchers have determined that the vessels play an important role in not only multiple sclerosis but, most likely, many other neuroinflammatory diseases and in dangerous brain infections.

“Our data suggests that there is a signal coming from the brain to the lymph nodes that tells immune cells to get back into the brain, causing the [multiple sclerosis] pathology,” said researcher Antoine Louveau of UVA’s Department of Neuroscience and its Center for Brain Immunology and Glia, or BIG. “This is an important proof of principle that exploring the role of these vessels in different neurological disorders, including multiple sclerosis, is worth it.”

The UVA researchers, led by Jonathan Kipnis, were able to impede the development of multiple sclerosis in mice by targeting the lymphatic vessels surrounding the brain. They used multiple strategies to block the lymphatics or destroy them with a precision laser. All led to the same outcome: a decrease in the number of destructive immune cells capable of causing paralysis.

“The idea was to prevent more widespread damage to the nervous system,” researcher Jasmin Herz said. “If communication of brain inflammation through lymphatic vessels is the root cause of multiple sclerosis, therapies targeting these vessels could be clinically important.”

The message from the brain that appears to drive multiple sclerosis remains poorly understood. The researchers can tell the message is being sent, and they can tell what it is instructing the immune system to do, but they don’t yet know what mechanism the brain is using to send it.

“I think the next step in this specific research is to identify what that signal is – Is it a cellular signal? Is it a molecular signal? – and then to try to target that signal specifically,” Louveau said.

The researchers noted that removing the vessels did not stop multiple sclerosis entirely. That suggests there are likely other factors at play – and much more for scientists to explore.

An Important Proof of Principle

UVA’s new research offers important insight into the function and role of the lymphatic vessels that connect the brain to the immune system. In most aspects, they work exactly as scientists would expect – just like other lymphatic vessels in the body.

“Meningeal lymphatic vessels are quite small compared to other lymphatics in the body, and we and others wondered if this might limit the amount and size of cargo they can pass through,” Herz said. “During inflammation, they did not change in size or complexity much, but what was really exciting to discover [was that] they allowed whole immune cells to traffic through them, and we found the molecular cues for that.”

But the lab’s recent research also highlights the complexity doctors face when trying to manipulate the vessels to benefit human health. For example, blocking the vessels had a benefit in the multiple sclerosis model, but the lab has also shown that the vessels’ healthy function is vital to staving off Alzheimer's disease and preventing the cognitive decline that comes with age.

That means that it’s unlikely that stopping MS could be as simple as blocking the flow inside the vessels. It also suggests that there is probably no one treatment approach that will work for every neurological disorder. But the emerging importance of the vessels offers doctors an exciting new avenue for tackling neurological diseases.

“These findings on the role of brain-draining lymphatic vessels in MS, together with our recent work on their role in Alzheimer’s disease, demonstrate that the brain and the immune system are closely interacting. When these interactions go out of control, pathologies emerge,” said Kipnis, chair of UVA’s Department of Neuroscience and director of the Center for Brain Immunology and Glia. “The idea that we could target major neurological disorders through therapeutic manipulation of peripheral structures, such as lymphatic vessels, is beyond exciting. Through our collaboration with PureTech Health, we hope to bring these laboratory findings to improve patients’ lives one day.”

Kipnis recently signed a deal with biopharmaceutical company PureTech Health to explore the potential clinical applications of his discoveries.

The work was supported by the National Institutes of Health, grants AG034113, NS096967 and HL073402; the National Multiple Sclerosis Society; the German Research Council; and by a LE&RN Postdoctoral Fellowship Award.

At UVA, There Is a Club for Everyone END_OF_DOCUMENT_TOKEN_TO_BE_REPLACED