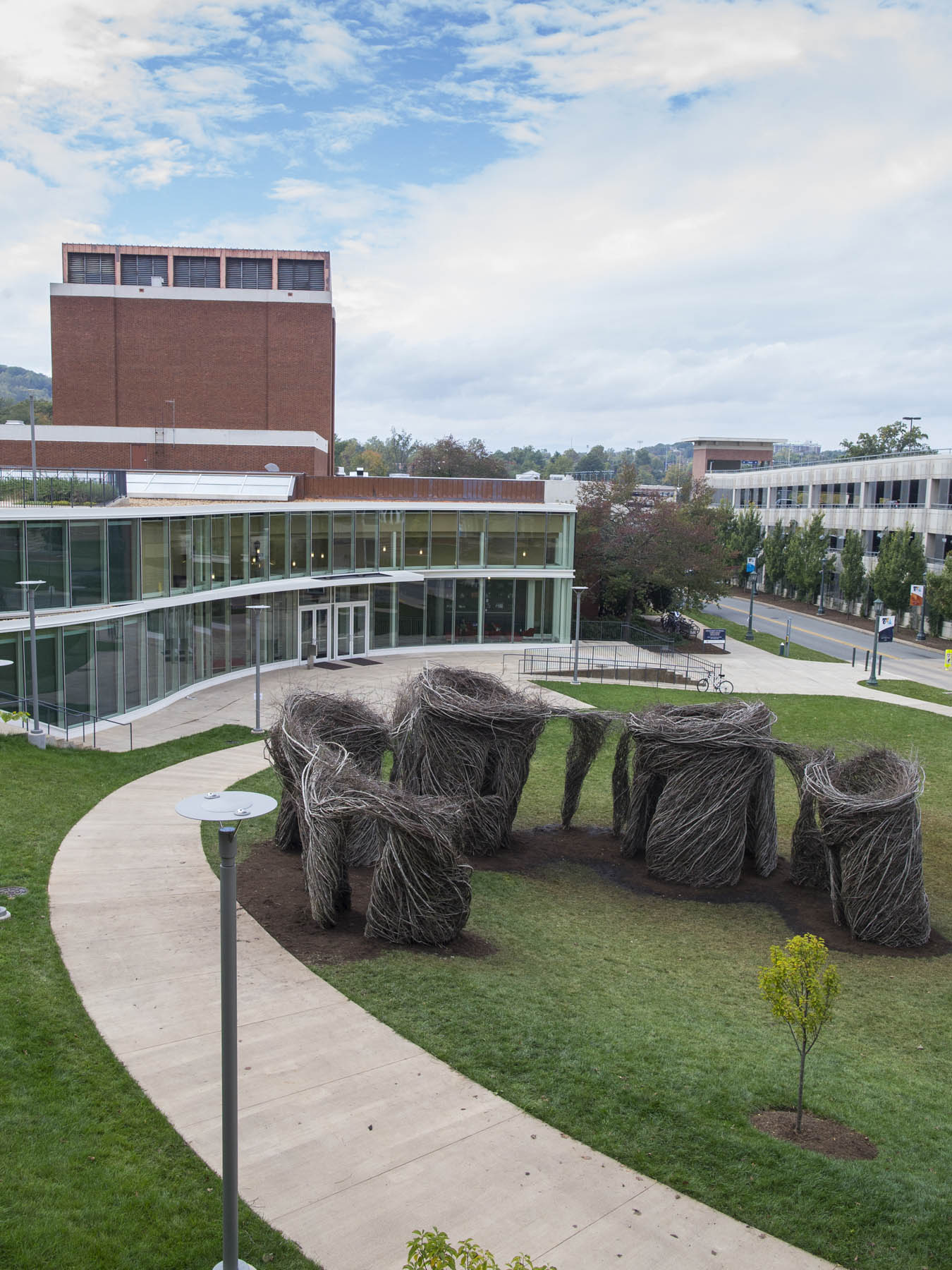 At the University of Virginia, more than ever, the arts are in full swing.

The Betsy and John Casteen Arts Grounds have become a centerpiece of the University of Virginia; the state-of-the-art Ruth Caplin Theatre opened in April; and last month, Tina Fey provided a resounding launch for the new President’s Speaker Series for the Arts.

Building on the momentum, the University is launching a new Arts Trust that will seek to establish an endowment to advance the arts at U.Va. and throughout the community.

The fund will enhance the work of the current U.Va. Arts Council, which made its first annual-fund grant to the University in 1999 for a studio art building plan, and since then has continuously advanced and supported arts-related areas at U.Va. through advocacy and financial support.

“We are taking a strong step to support the arts at U.Va. through the formation of the Arts Trust and establishment of an endowment for the arts,” U.Va. President Teresa A. Sullivan said. “This is an important initiative that I fully support.”

Such an endowment – with a goal of $10 million – could help fund arts-related initiatives like a spring arts week, a speaker series, residencies with high-profile artists, professorship chairs and fellowships, the expansion of the Arts Scholars Program, a new music building or additions to The Fralin Museum of Art, among many other ideas.

“We will expand opportunities for students and faculty in the creative arts by bringing in the best and most influential arts practitioners to teach, interact with and create art with our students and faculty,” Sullivan said. “We want U.Va.’s arts programs to benefit the entire Charlottesville community, and to have an even broader impact in the commonwealth and beyond.”

For now, the Arts Trust is in its infancy. It is being formulated by a group of individuals committed to the expansion of the arts at U.Va., including J. Sanford “Sandy” Miller and Joe Erdman, co-chairs of the Arts Trust board; Steve Smiley, chair of the U.Va. Arts Council; Jody Kielbasa, vice provost for the arts; and John Simon, executive vice president and provost.

The Arts Trust is modeled after the Jefferson Trust, a donor-advised fund established in 2004 by the U.Va. Alumni Association. The Jefferson Trust is an unrestricted endowment that distributes funds annually through a University-wide grant program. The unrestricted nature of the endowment allows the trustees to pursue excellence across the entire University by supporting a variety of initiatives.

As with the Jefferson Trust, donors to the Arts Trust fund will review grant proposals and decide which will be funded. The Arts Trust, however, will differ from the Jefferson Trust in that some money will be set aside to be dispensed at the discretion of the vice provost for arts for needs that do no fit the grant cycle.

“The Arts Council probably considers grants from 10 activities on Grounds each year,” said Smiley, managing partner of Madison Lane Partners, a Dallas-based real estate investment firm. “The grant amounts, though important, are fairly small. Now, with the Arts Trust, the ambitions are much larger with the ultimate endowment goal of about $10 million.”

“As it builds over time, the Arts Trust will create sustainable support for arts programming and arts education at the University,” said Miller, a general partner at Institutional Venture Partners, a California venture capital firm.

Miller has served on many arts-related boards, including three museum boards and a drama company board, and co-chaired U.Va.’s Arts Council for several years.

“Art is really a diverse and complicated thing. It’s a broad discipline that really cuts across many areas at the University,” he said. “It’s a very significant aspect of life at U.Va., and the continued expansion of opportunities in the arts remains a priority for the current administration.”

Erdman, owner of Albemarle Asset Management Ltd., based in Florida and Virginia, noted that the University has become a real destination spot for the arts in recent years, with attendance rising for events ranging from exhibits at The Fralin Museum of Art to the Heritage Theatre Festival to the Virginia Film Festival.

“The idea is to establish a trust with a combination of people who would be devoted to giving a certain level of money and to directing people’s attention to the need for creating a greater awareness and funding of the arts around Grounds,” he said. “U.Va. has students and faculty who are very talented in the arts, and it’s a matter of encouraging their disciplines and financing them.”

Erdman -- who also serves as co-trustee for The Joseph and Robert Cornell Memorial Foundation, the primary contributor to U.Va. arts programs -- added that the basic idea behind the Arts Trust is to have a pot of money that can be used in a discrete and judicious way to encourage arts projects and to lift arts at U.Va. to a higher level.