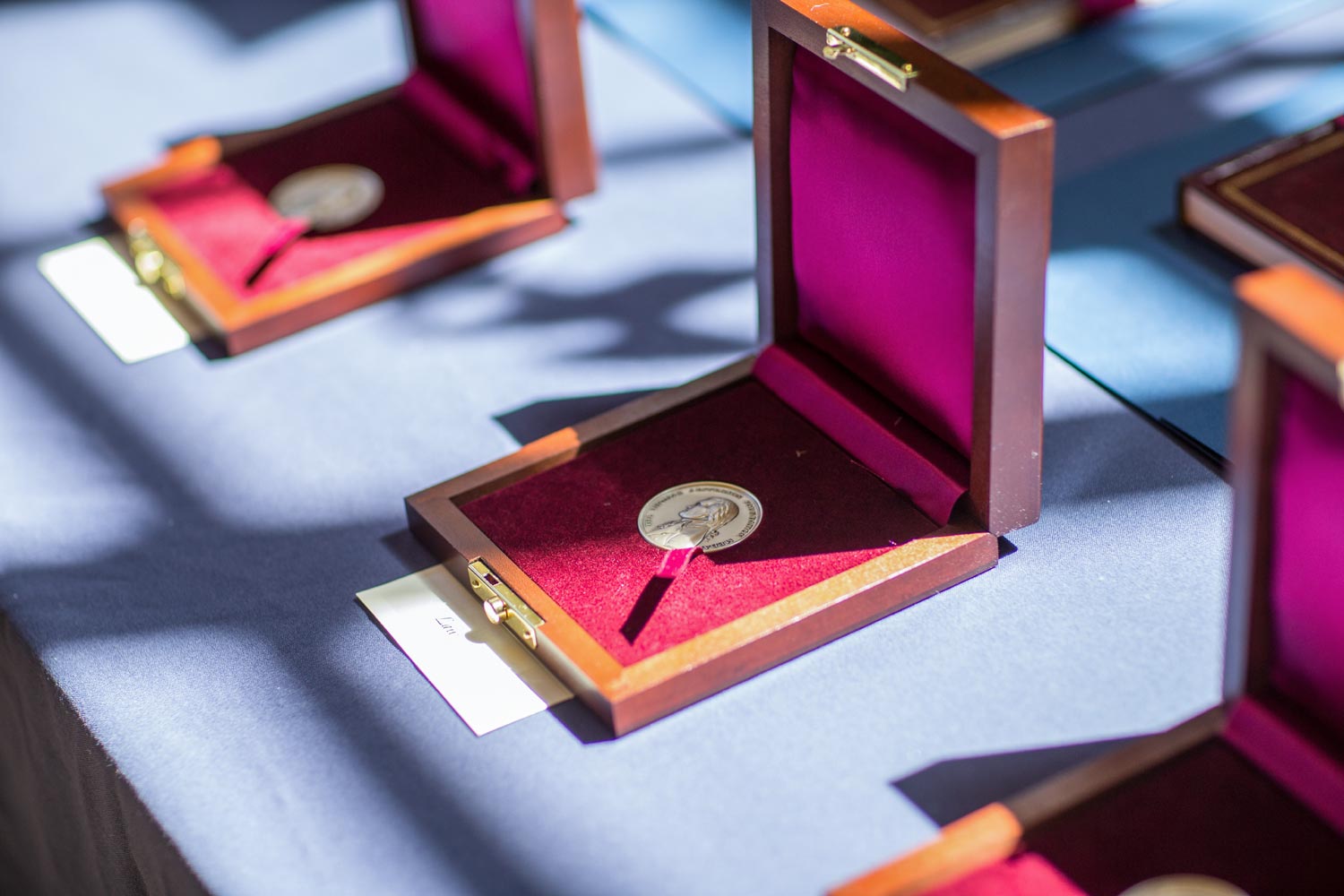 The Thomas Jefferson Foundation Medals will be awarded during Founder&#039;s Day celebrations in April. (Photo by Sanjay Suchak, University Communications)

“All of this year’s medal recipients have excelled in their respective fields,” UVA President Teresa A. Sullivan said. “Along with their commitment to achievement in their disciplines, they share a sense of intellectual innovation and service to the greater good.”

The medals are the highest external honors bestowed by the University, which grants no honorary degrees. The awards are presented annually on Jefferson’s birthday, April 13, by the president of the University and the president of the Thomas Jefferson Foundation, the independent, nonprofit organization that owns and operates Jefferson’s home, Monticello. April 13 is known locally as Founder’s Day, celebrating Jefferson and his founding of UVA in Charlottesville in 1819.

Bowman and Sullivan will present the medals, struck for the occasion, to the recipients at a luncheon in the Dome Room of the Jefferson-designed Rotunda at UVA. The medalists in Architecture, Law and Citizen Leadership will each give a free public lecture at UVA, and will be honored at a formal dinner at Monticello.

Fowler, the recipient of the Medal in Citizen Leadership, will also be the featured keynote speaker at Monticello’s commemoration of Jefferson’s 275th birthday on April 13 at 10 a.m. on the West Lawn of Monticello. The celebration is free and open to the public. The ceremony will also be live streamed online.

What Is Biotechnology? Where Is It Headed at UVA? END_OF_DOCUMENT_TOKEN_TO_BE_REPLACED