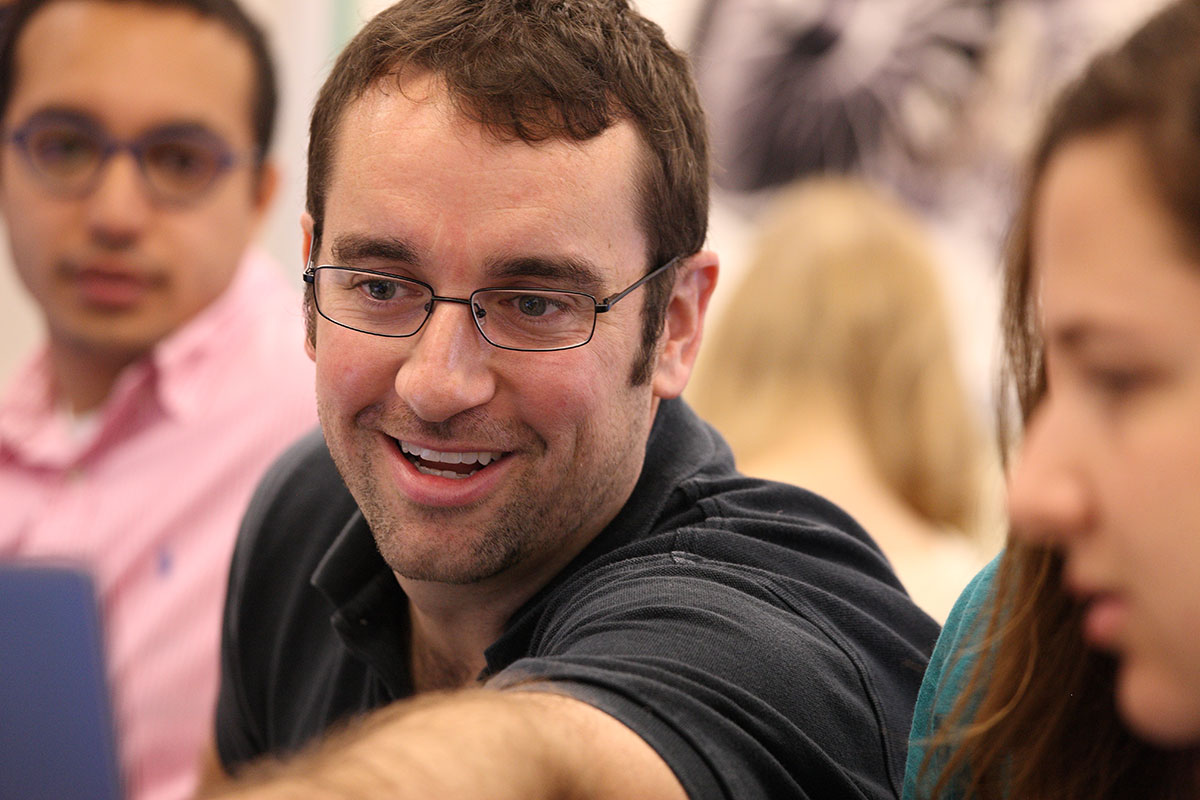 Patrick Hopkins is a “home-grown” success story, having earned undergraduate and doctoral degrees from the Engineering School before joining its faculty.

President Barack Obama announced Thursday that Associate Professor Patrick Hopkins of the University of Virginia School of Engineering and Applied Science will receive the highest honor bestowed by the U.S. government on science and engineering professionals in the early stages of their research careers: the Presidential Early Career Award for Scientists and Engineers.

Hopkins, a mechanical engineer who earned his undergraduate and graduate degrees from UVA, specializes in nanoscale energy transport. He was nominated by the Office of Naval Research, part of the Department of Defense, and his award comes with a $1 million, five-year grant.

“I am not only honored, I am humbled,” Hopkins said. “Being recognized as one of the top young scientists in the country motivates me to be the best researcher I can be, and to contribute to ensuring that the University of Virginia is doing the best possible research. Because of the grant that comes with this award, we will be able to build experiments that push the limits of what people understand about heat transfer on the atomic scale.”

This is not the first time Hopkins has been singled out for outstanding achievement. After completing his doctorate at UVA, he received a Harry S. Truman Postdoctoral Fellowship to conduct research at Sandia National Laboratories in Albuquerque, New Mexico. Subsequently, the Air Force Office of Scientific Research and the Office of Naval Research each presented him with Young Investigator Awards.

Hopkins’ success reflects the Engineering School’s ability to recognize and nurture young talent.  Professor Pamela Norris, the school’s executive associate dean for research, recognized his abilities while he was an undergraduate. She invited him into her Microscale Heat Transfer Laboratory and later directed his dissertation.

“Having worked with Patrick since his undergraduate years, I have so enjoyed watching him mature into a true scholar,” Norris said.  “He is never satisfied with the status quo and relentlessly asks, ‘Why?’”

The research that Hopkins will conduct with his Presidential Early Career Award grant has a number of novel aspects. He is interested in the exchange of energy that occurs at the interface between different states of matter; for instance, when liquids or gases encounter a solid surface. The general energy exchange mechanism is well-understood, but Hopkins wants to take it a step further, discovering how to manipulate the transfer on the atomic level by accounting for surface geometry and chemistry.  This advance would open the door to new methods of maximizing energy exchange and using selective energy exchange as the basis for a new generation of sensors.

The reason for the Office of Naval Research’s interest is the Navy’s plan to develop all-electric ships to make more efficient use of on-board power and cut fuel use. Today, most military vessels use a mechanical drive that powers two sets of engines: one for ship propulsion and a separate one to create electricity for all of the electrically powered equipment on the ship. All-electric ships can be designed so that a single set of engines produces a common pool of electricity for use by the ship's propulsion and non-propulsion systems, which will also help to meet future requirements for high-power weapons such as the electromagnetic gun, high-power microwave and high-energy lasers.  A major obstacle to this transition is heat dissipation.

“The more circuits you have, the more heat you produce,” Hopkins said. “Creating more effective heat exchangers is critical to realizing this vision.”

Increasing the selectivity of the heat exchange and energy conversion, as well as its effectiveness, sets the stage for exquisitely sensitive power sources and sensors. In order to realize this goal, Hopkins’ work is developing a process that operates at two very different length and time scales. He intends to identify phenomena occurring at the nanoscale and picosecond – like a single molecule encountering a surface and changing its thermal and energy state – tracked over surfaces at the micrometer and millisecond scale.

“Our objective is to make a device that can identify specific molecules in the air or water at parts per billion, while harvesting their energy,” Hopkins said.  “This would provide early sensing and targeting of biological and chemical species like anthrax and sarin gas, while at the same time providing an avenue to improve the recycle of wasted energy.”

“Patrick’s research on energy transfer is at the core of critical technologies that address national and societal needs,” said Professor Eric Loth, who chairs the Department of Mechanical and Aerospace Engineering. “In addition, he is an excellent teacher and a celebrated scholar who strives to collaborate with students and faculty throughout the University.”

According to the White House’s press release, Hopkins was among 106 researchers Obama named as recipients of the Presidential Early Career Awards for Scientists and Engineers. The winners will receive their awards at a Washington ceremony this spring.

“These early-career scientists are leading the way in our efforts to confront and understand challenges from climate change to our health and wellness,” Obama said in the release. “We congratulate these accomplished individuals and encourage them to continue to serve as an example of the incredible promise and ingenuity of the American people.”