UVA Professors Ranked Among Most Influential In Field of Education 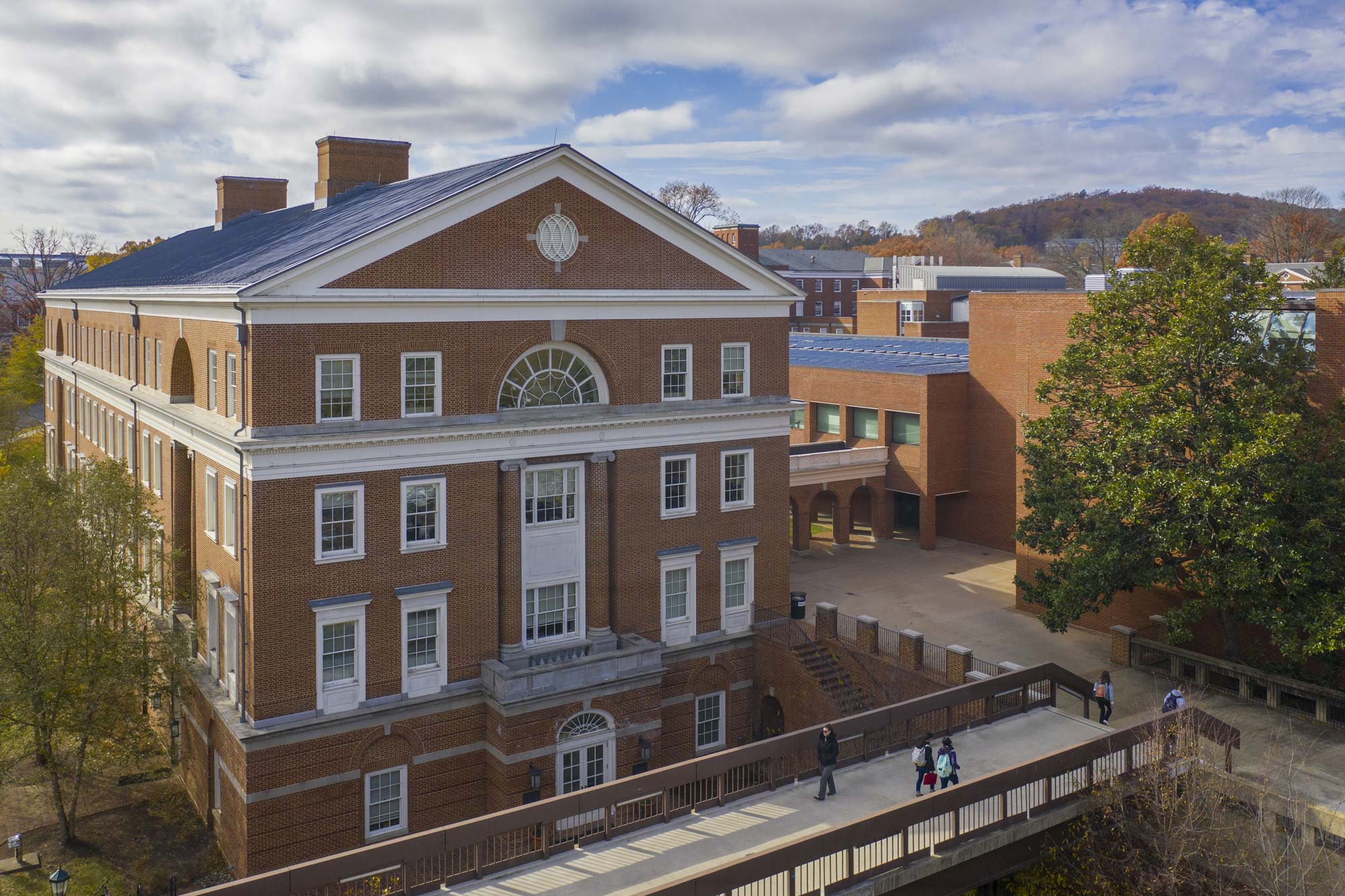 Ten UVA professors, including nine affiliated with the School of Education and Human Development, are listed among the nation’s top education educators. (Photo by Sanjay Suchak, University Communications)

Ten University of Virginia professors are among 200 named in the 2023 Edu-Scholar Public Influence Rankings, making UVA home to 5% of the nation’s most influential education scholars for the first time since 2015.

The annual rankings were published Thursday in the Education Week blog, “Rick Hess Straight Up,” which identifies the 200 university-based faculty members across the country “who had the biggest influence on educational practice and policy.”

Daniel Willingham, professor of psychology in the UVA College of Arts & Sciences whose work focuses on cognitive psychology and education, was the highest-ranking UVA scholar as he climbed one spot to No. 10 this year.

Carol Tomlinson, professor emerita of the UVA School of Education and Human Development, held on to the No. 12 spot for the second consecutive year. Tomlinson is a world-renowned expert on differentiated instruction, the way a teacher structures lessons to effectively teach students who range widely in proficiency.

Closing out the UVA representatives in the top 100 is Bob Pianta, Batten Bicentennial Professor of Early Childhood Education and former dean of the Education School. He is ranked No. 55 this year.

Others who have placed in the national rankings for many consecutive years include four scholars affiliated with the EdPolicyWorks research center. Professor of Economics and Education Sarah Turner ranked No. 126 in the 2023 rankings. Jim Wyckoff, professor and founding director of EdPolicyWorks, rose two spots to No. 157. Daphna Bassok, the Batten Bicentennial Associate Professor of Early Childhood Education and associate director of EdPolicyWorks, landed at No. 178. Ben Castleman, the Newton and Rita Meyers Associate Professor in the Economics of Education and director of the Nudge4 Solutions Lab, climbed two spots to No. 179.

EdPolicyWorks is a collaboration between the School of Education and Human Development and the Frank Batten School of Leadership and Public Policy.

Returning to the rankings for the third consecutive year is Derrick Alridge, the Philip J. Gibson Professor of Education and director of the Center for Race and Public Education in the South. He is ranked No. 192.

Two Education School scholars new to this year’s list include Michael Kennedy and Julie Jackson Cohen. As a special education professor, Kennedy, who is ranked No. 182 this year, focuses on how multimedia-based interventions improve teaching and learning. Ranked at No. 196, Cohen is focused on improving the quality of teaching and is currently leveraging the use of mixed-reality simulations in her research.

“One of the reasons I was drawn to the University of Virginia and the School of Education and Human Development was our exceptional faculty,” Stephanie Rowley, the school’s dean, said. “Their expertise transcends the whole developing human, including education policy, classroom experience, special education, teacher training and equity, and has a profound impact on people around the world. I am delighted to celebrate our colleagues and this recognition of their work."

The Rick Hess Straight Up Edu-Scholar Public Influence Rankings were compiled using a combination of metrics and selections by the RHSU Selection Committee, all of whom had already qualified for the rankings.

Among other data points, metrics included being present on last year’s list, book and syllabus points, presence in the media, and Google Scholar scores. Pianta and Tomlinson both served as members of the 2023 RHSU Selection Committee. Rick Hess is a former member of the UVA faculty.