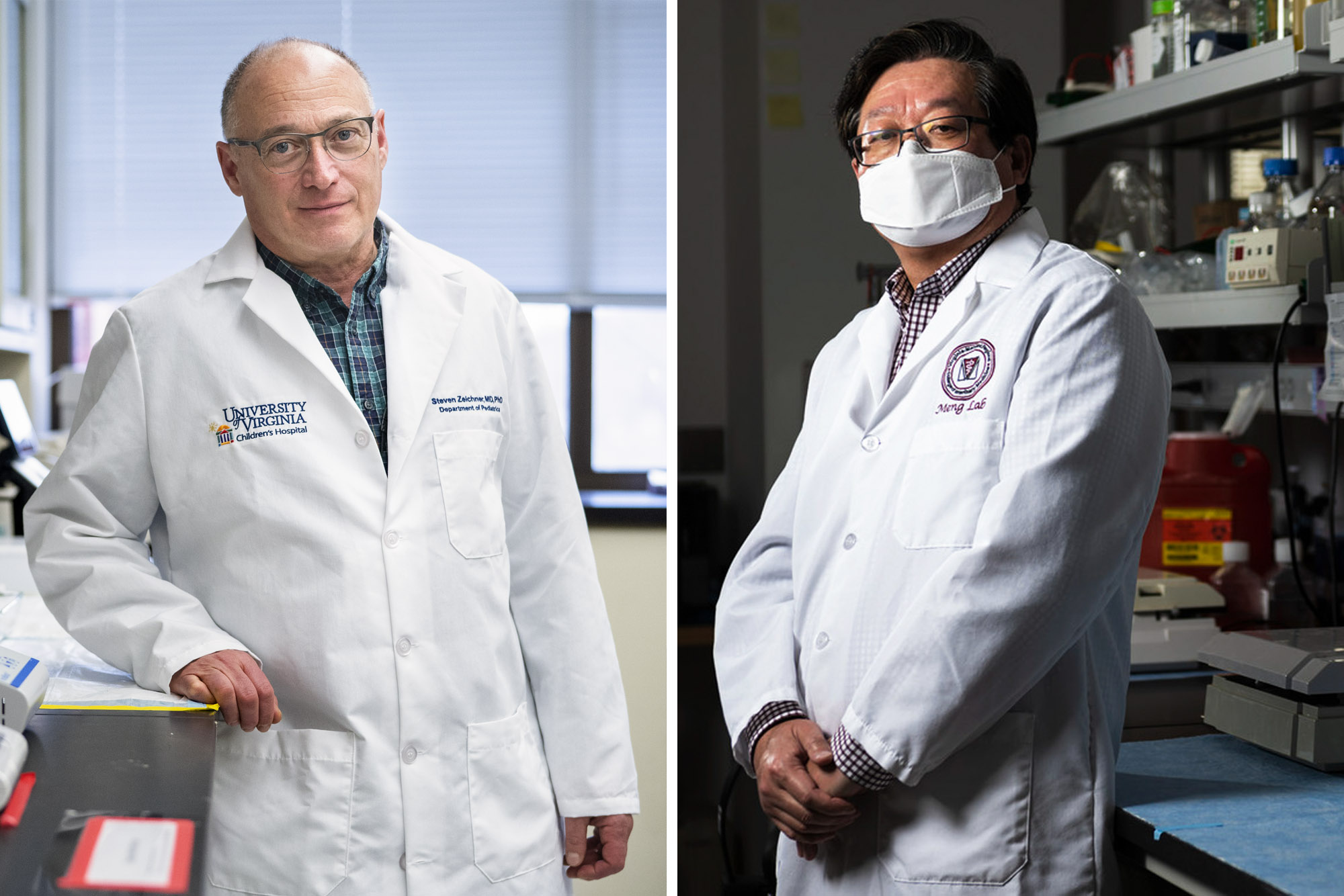 A COVID-19 vaccine that could provide protection against both existing and future strains of the COVID-19 virus, and other coronaviruses, and cost about $1 a dose has shown promising results in early animal testing.

Vaccines created by UVA Health’s Dr. Steven L. Zeichner and Virginia Tech’s Dr. Xiang-Jin Meng prevented pigs from being becoming ill with a pig model coronavirus, porcine epidemic diarrhea virus. The vaccine was developed using an innovative approach that Zeichner said might one day open the door to a universal vaccine for coronaviruses, including coronaviruses that previously threatened pandemics or perhaps even coronaviruses that cause some cases of the common cold.

Their coronavirus vaccine offers several advantages that could overcome major obstacles to global vaccination efforts. It would be easy to store and transport, even in remote areas of the world, and could be produced in mass quantities using existing vaccine-manufacturing factories.

The UVA and Virginia Tech scientists created the vaccine using a new platform Zeichner invented to rapidly develop new vaccines. So the testing success bodes well for both the COVID-19 vaccine and Zeichner’s vaccine-development approach.

“Our new platform offers a new route to rapidly produce vaccines at very low cost that can be manufactured in existing facilities around the world, which should be particularly helpful for pandemic response,” Zeichner said.

Zeichner’s new vaccine-production platform involves synthesizing DNA that directs the production of a piece of the virus that can instruct the immune system how to mount a protective immune response against the virus.

That DNA is inserted into another small circle of DNA called a plasmid that can reproduce within bacteria. The plasmid is then introduced into bacteria, instructing the bacteria to place pieces of proteins on their surfaces. The technique uses the common bacteria E. coli.

One major innovation is that the E. coli have had a large number of its genes deleted. Removing many of the bacteria’s genes, including genes that make up part of its exterior surface or outer membrane, appears to substantially increase the ability of the immune system to recognize and respond to the vaccine antigen placed on the surface of the bacteria.

To produce the vaccine, the bacteria expressing the vaccine antigen are simply grown in a fermenter, much like the fermenters used in common microbial industrial processes like brewing, and then killed with a low concentration of formalin.

“Killed whole-cell vaccines are currently in widespread use to protect against deadly diseases like cholera and pertussis. Factories in many low- to middle-income countries around the world are making hundreds of millions of doses of those vaccines per year now, for a $1 per dose or less,” Zeichner said. “It may be possible to adapt those factories to make this new vaccine. Since the technology is very similar, the cost should be similar, too.”

The entire process, from identifying a potential vaccine target to producing the gene-deleted bacteria that have the vaccine antigens on their surfaces, can take place very quickly, in only two to three weeks, making the platform ideal for responding to a pandemic.

Zeichner and Meng’s vaccine takes an unusual approach in that it targets a part of the spike protein of the virus, the viral fusion peptide, that is essentially universal among coronaviruses. The fusion peptide has not been observed to differ at all in the many genetic sequences of SARS-CoV-2, the virus that causes COVID-19, that have been obtained from thousands of patients around the world during the pandemic.

Meng and Zeichner made two vaccines, one designed to protect against COVID-19, and another designed to protect against porcine epidemic diarrhea virus. Both are coronaviruses, but they are distant relatives. Porcine epidemic diarrhea virus and SARS-CoV-2, like all coronaviruses, share several of the amino acids that constitute the fusion peptide. PEDV infects pigs, causing diarrhea, vomiting and high fever, and has been a large burden on pig farmers around the world. When PEDV first appeared in pig herds in the U.S., it killed almost 10% of U.S. pigs – a pig pandemic.

One advantage of studying PEDV in pigs is that Meng and Zeichner could study the ability of the vaccines to offer protection against a coronavirus infection in its native host – in this case, pigs. The other models that have been used to test COVID-19 vaccines study SARS-CoV-2 in non-native hosts, such as monkeys or hamsters, or in mice that have been genetically engineered to enable them to be infected with SARS-CoV-2. Pigs are also very similar in physiology and immunology to people – they may be the closest animal models to people other than primates.

Additional testing – including human trials – would be required before the COVID-19 vaccine could be approved by the federal Food and Drug Administration or other regulatory agencies around the world for use in people, but the collaborators are pleased by the early successes of the vaccine-development platform.

Zeichner added that he was encouraged that a collaboration between UVA and Virginia Tech, schools with a well-known sports rivalry, has produced such promising results.

“XJ is just an amazing collaborator and a wonderful scientist. And he is incredibly generous with his time and the resources he has available,” Zeichner said. “If UVA and Virginia Tech scientists can work together to try to do something positive to address the pandemic, then maybe there is some hope for collaboration and cooperation in the country at large.”

Zeichner is the McClemore Birdsong Professor in the Departments of Pediatrics and Microbiology, Immunology and Cancer Biology, the director of the Pendleton Pediatric Infectious Disease Laboratory and part of UVA Children’s Child Health Research Center. Meng is University Distinguished Professor, and a member of Virginia Tech’s Department of Biomedical Sciences & Pathobiology.

Their vaccine-development work was supported by the Pendleton Pediatric Infectious Disease Laboratory, the McClemore Birdsong endowed chair and by generous support from the University of Virginia Manning Fund for COVID-19 Research and from the Ivy Foundation. The work was also partially supported by the Virginia-Maryland College of Veterinary Medicine (FRS#175420), and Virginia Tech internal funds (FRS#440783).

What’s Next for UVA’s Class of 2022? END_OF_DOCUMENT_TOKEN_TO_BE_REPLACED