Will UVA-Notre Dame Be in the ‘Biggest Home Football Game Ever’ Discussion? 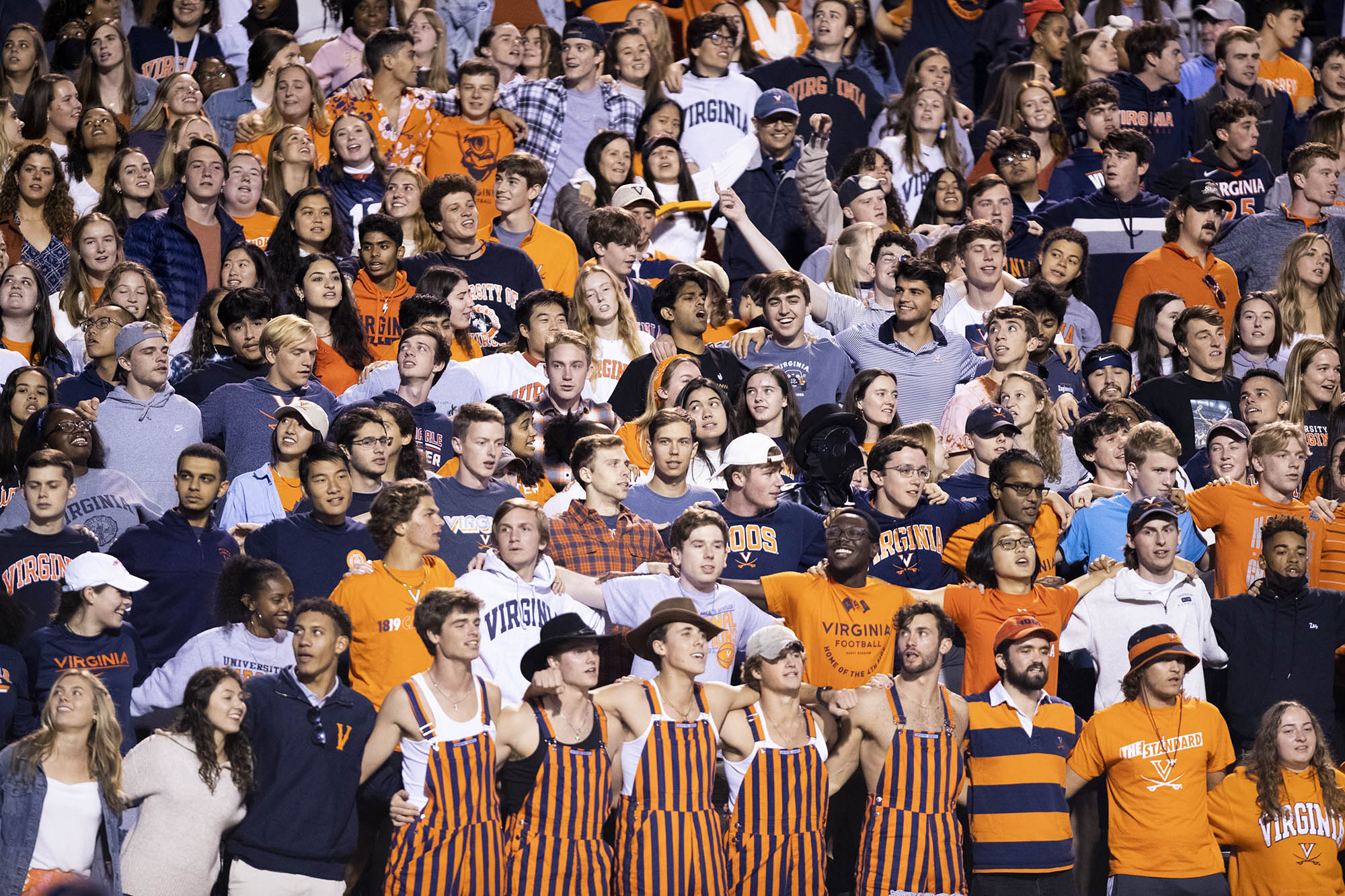 What constitutes a “big” college football game often depends on allegiances. To a certain extent, it is all in the eye of the beholder.

But few University of Virginia fans would probably dispute the magnitude of Saturday night’s game at Scott Stadium between the Cavaliers and the seventh-ranked University of Notre Dame.

It just feels like a biggie – the type of game that, someday, you might want to tell everybody you were there for, that you saw in person.

UVA (6-3, 4-2), bowl-eligible since last month, takes on a Notre Dame squad that has lost just once this season and is still in the hunt for a spot in the College Football Playoff.

A win over Notre Dame (8-1) would be the Hoos’ first over a top-10 opponent since 2005, and would give them mojo heading into their final two games of the season against the University of Pittsburgh (currently in first place in the Atlantic Coast Conference’s Coastal Division) and Virginia Tech. If the Hoos win both of those games, they would earn a trip to the ACC championship game.

“Here we are this Week 10 with every single thing still available,” UVA head coach Bronco Mendenhall told reporters this week. “That’s not a very large percentage of college football teams in that position, and I’m so thankful for the work my team has put in and how hard they’re trying.”

As Saturday’s 7:30 p.m. kickoff approaches, here’s a look back at some other big home games the Hoos have been involved in over the years.

Two years ago, there was a Thanksgiving to remember for Hoos fans.

UVA defeated the Hokies, 39-30, to snap a 15-year losing streak against their archrivals and win both the Coastal Division championship and the Commonwealth Cup.

The game seesawed until Cavalier kicker Brian Delaney – who had missed an extra point early in the game – redeemed himself with a 48-yard field goal to put the Hoos up 33-30 with 1:23 remaining.

From there, the UVA defense took care of things and even generated some points of its own. Mandy Alonso sacked Hokies quarterback Hendon Hooker in the end zone, causing a fumble that was recovered by fellow defensive lineman Eli Hanback for a touchdown.

The Hoos’ 26-21 win over fourth-ranked FSU marked the last time they defeated a top-10 opponent. In the game, quarterback Marques Hagans – now the team’s wide receivers coach – completed 27 of 36 passes for 306 yards and two touchdowns, and kicker Connor Hughes made four of four field goals, including a 50-yarder.

UVA, with head coach Al Groh at the helm, went on to defeat the University of Minnesota, 34-31, in the Music City Bowl.

The 24th-ranked Hoos upset the second-ranked Seminoles, 33-28 – FSU’s first ACC loss since joining the league in 1992.

On the last play of the game, UVA star safety Anthony Poindexter and teammate Adrian Burnim stopped Seminoles running back Warrick Dunn just outside the goal line to preserve the win.

“Adrian knocked [Dunn] back and I was able to get a piece of his body,” Poindexter told UVA Today. “I know a lot of people credit me, but there were 11 guys out there and they all did their job. We were just fortunate enough to get over there and make the play.

Behind stars Shawn Moore, Herman Moore, Terry Kirby and Chris Slade, UVA snapped a 29-game losing streak to the Tigers that dated back to 1955.

The 20-7 win had the city of Charlottesville pumped up. Many residents sported T-shirts from Mincer’s that had the final score and “Just Did It” – a takeoff on the Nike advertising campaign – on the back.

The win proved to be a springboard for UVA, which went on to win its next five games en route to becoming ranked No. 1 in the country, a position the Cavaliers would hold for three weeks.

1990 vs. Georgia Institute of Technology

For the first and only time in school history, the Hoos were ranked No. 1 in the country heading into a showdown at Scott Stadium with No. 16 Georgia Tech.

The Hoos led 28-14 at the half before committing a couple of crucial turnovers that contributed to a 41-38 loss.

The Hoos went on to earn a bid to the Sugar Bowl, while Georgia Tech went on to win a share of the national championship.

1983 vs. University of North Carolina

For the first time since joining the ACC, the Hoos beat a ranked opponent, winning a 17-14 thriller over the 19th-ranked Tar Heels – their biggest rival at the time – as head coach George Welsh was carried off the field by his players.

While the Hoos would lose the following week to Virginia Tech and finish with a 6-5 record, the triumph set the stage for the team’s first-ever bowl appearance the next year (Peach Bowl).

“It was the first time that everybody thought that Coach Welsh could turn this thing around,” UVA sports historian Myron Ripley said.

“That game changed people’s opinions of whether Virginia could be a good program. It transformed the program and gave people hope. I remember being in the stadium that day with my dad and looking around at people … there was this look of, ‘Maybe we can be good in football.’”