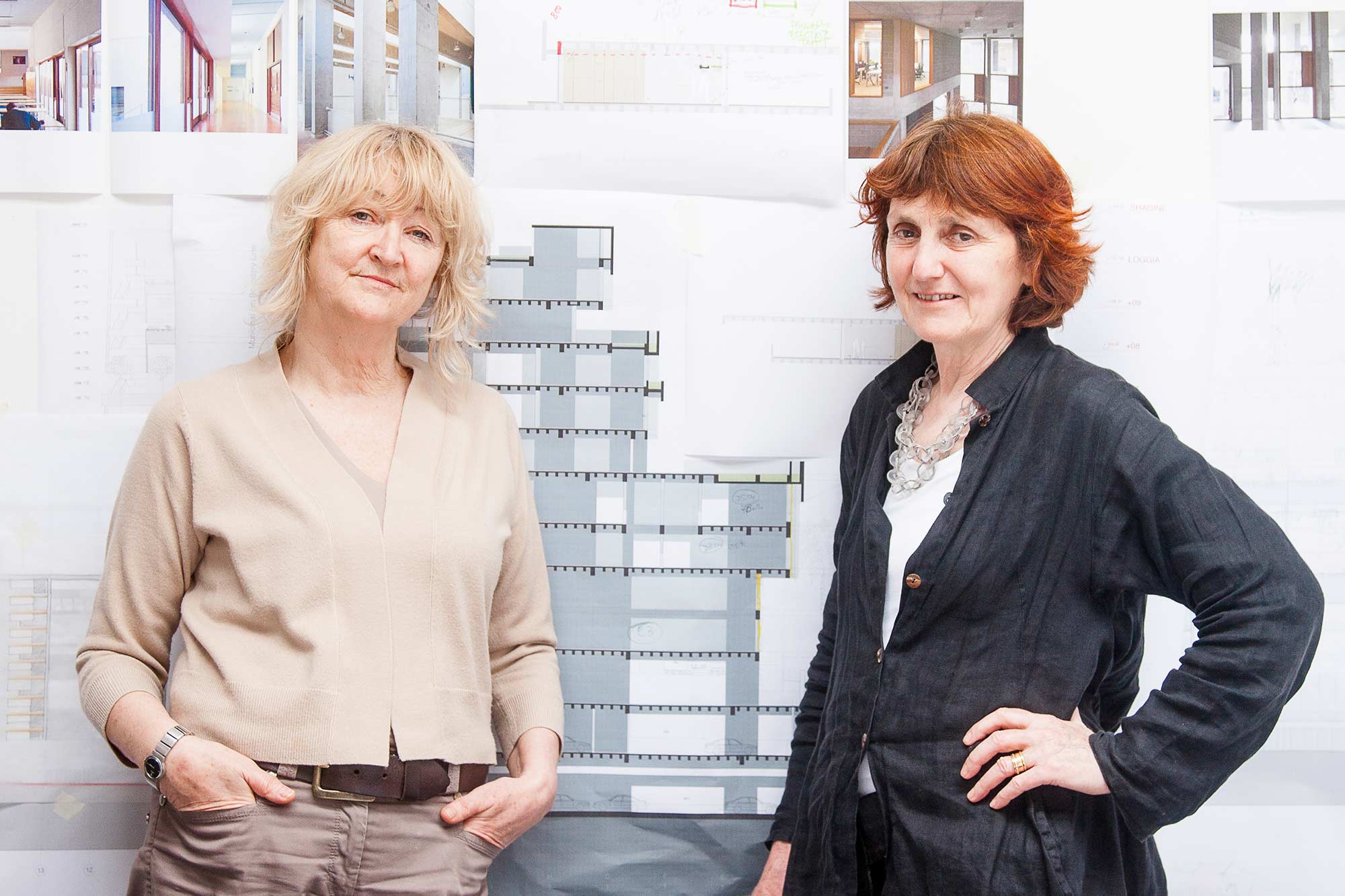 Both partners began teaching at the University College of Dublin in 1976 and are currently full professors of architecture at the Academia di Mendrisio in Switzerland and adjunct professors at University College Dublin. They jointly held the Kenzo Tange Chair at the Harvard Graduate School of Design in 2010 and the Louis Kahn Chair at Yale University in 2011. They have taught and lectured widely throughout Europe and in the United States.

“As founding partners of Grafton Architects, Yvonne Farrell and Shelley McNamara have built an international award-winning practice that has made substantial contributions to culture and education and have embodied their values in profound works of architecture,” said Ila Berman, dean of the University of Virginia School of Architecture, which co-sponsors the Thomas Jefferson Foundation Medal in Architecture. “Their investment in re-imagining a contemporary version of Thomas Jefferson’s Academical Village has been exemplified in projects such as the University of Technology and Engineering campus in Lima, Peru and the Universita Luigi Bocconi – each outstanding examples of the capacity of architecture to contribute to the making of public space in service to society as a whole.”

Grafton Architects has won numerous international awards, including the World Building of the Year Award in 2008 for the Universita Luigi Bocconi in Milan, which is widely acclaimed and recognized as a seminal contemporary work, and most recently, the 2016 Royal Institute of British Architects International Prize for the University of Technology and Engineering campus in Peru, named the world’s best new building. This project was also a finalist for the Mies Crown Hall Americas Prize for the most outstanding works of architecture in the Americas.

The firm was also a finalist for the Sterling Prize for the University of Limerick Medical School and Student Accommodation. It has been the recipient of the Architectural Association of Ireland’s awards many times, won the Jane Drew Award in 2015 and the Irish Design Institute President’s Award in 2016. Winners of the Silver Lion Award at the Venice Biennale in 2012, Farrell and McNamara have been named the artistic directors of the upcoming 2018 Venice Architectural Biennale – only the second time that the exhibition will be directed by women, after Kazuyo Sejima in 2010.

To mark the occasion of their receiving the Thomas Jefferson Foundation Medal in Architecture, the UVA School of Architecture will host a public talk by Farrell and McNamara on April 13 at 3 p.m. in the auditorium in Old Cabell Hall.

It’s Copperhead Season in Virginia. Here Is What You Need to Know END_OF_DOCUMENT_TOKEN_TO_BE_REPLACED

What’s Next for UVA’s Class of 2022? END_OF_DOCUMENT_TOKEN_TO_BE_REPLACED