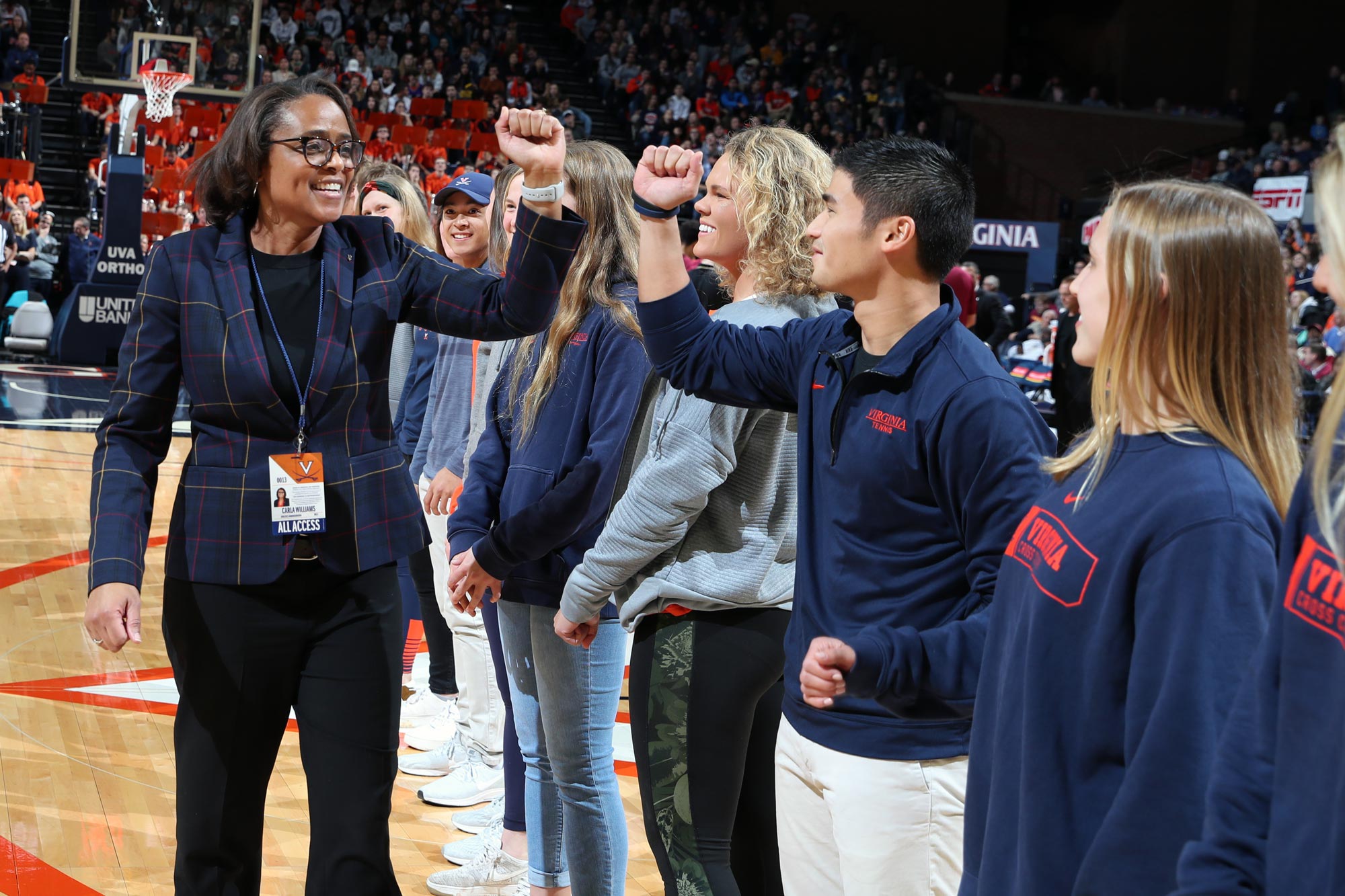 In case you missed it, 2019 was a pretty good year for University of Virginia athletics. The Cavalier men’s basketball and men’s lacrosse teams won national championships, the men’s soccer team made it to the College Cup final and the football team earned a bid to the Orange Bowl.

But even more impressive is what Cavalier student-athletes accomplished in the classroom. UVA fall sports teams placed a whopping 35 student-athletes on the recently announced fall All-ACC Academic teams.

“It’s a reflection of the students’ work and the coaches’ commitment to making sure that they are able to succeed in the classroom, as well as in their sport,” Director of Athletics Carla Williams said.

To be eligible for consideration, a student-athlete must have earned a 3.0 grade-point average for the previous semester and maintained a 3.0 cumulative average during their undergraduate and/or graduate academic career.

Athletic achievements during the most recent season were also considered.

Headlining the Hoos’ impressive group of honorees were Jordan Mack (football), Rachel Robinson (field hockey) and Joe Bell (soccer), who were named ACC Scholar-Athletes of the Year in their sports.

Mack won the Jim Tatum Award, given annually to the top senior student-athlete among the league’s football players, and also was a finalist for the Campbell Trophy, given to the nation’s top football scholar-athlete. He graduated from UVA’s Curry School of Education and Human Development in just 3½ years with a bachelor’s degree and an emphasis on youth and social innovation.

Bell, a psychology major from New Zealand who is now playing professionally, was the first Cavalier to win ACC Scholar-Athlete of the Year honors in men’s soccer.

Women’s soccer, led by seniors Meghan McCool and Zoe Morse, also had eight selections – the most of any school in the conference.

Football had the most ACC All-Academic Team honorees of any sport with 10. It marked the most single-year selections by a UVA football team since the ACC started the recognition program in 1954, eclipsing the previous single-season high of nine players chosen in 1996.

“One of the principles of Bronco’s program is ‘and,’” said Williams, referring to UVA football head coach Bronco Mendenhall’s philosophy of players who succeed on the field and in the classroom. “To be able to have All-ACC athletic performers and a record number of All-ACC academic performers is pretty special.

“It’s just reinforcement that what he is instilling in the program, and what we’re trying to support him with, is working.”

Quarterback Bryce Perkins, one of five UVA players to also earn All-ACC honors, took to Twitter on Thursday to express great pride in making the team.

“I don’t want to ever take it for granted, because we definitely believe that our student-athletes deserve the opportunity to pursue greatness in everything – in the classroom, in the community, from a leadership standpoint, in their sport,” she said. “That is why we pour so much into them from a student-development standpoint; they’re fully capable of excellence, of greatness in their sport and beyond.”

Here is the full list of honorees, broken down by sport (ACC Scholar-Athletes of the Year are designated with an asterisk):

It’s Copperhead Season in Virginia. Here Is What You Need to Know END_OF_DOCUMENT_TOKEN_TO_BE_REPLACED

What’s Next for UVA’s Class of 2022? END_OF_DOCUMENT_TOKEN_TO_BE_REPLACED