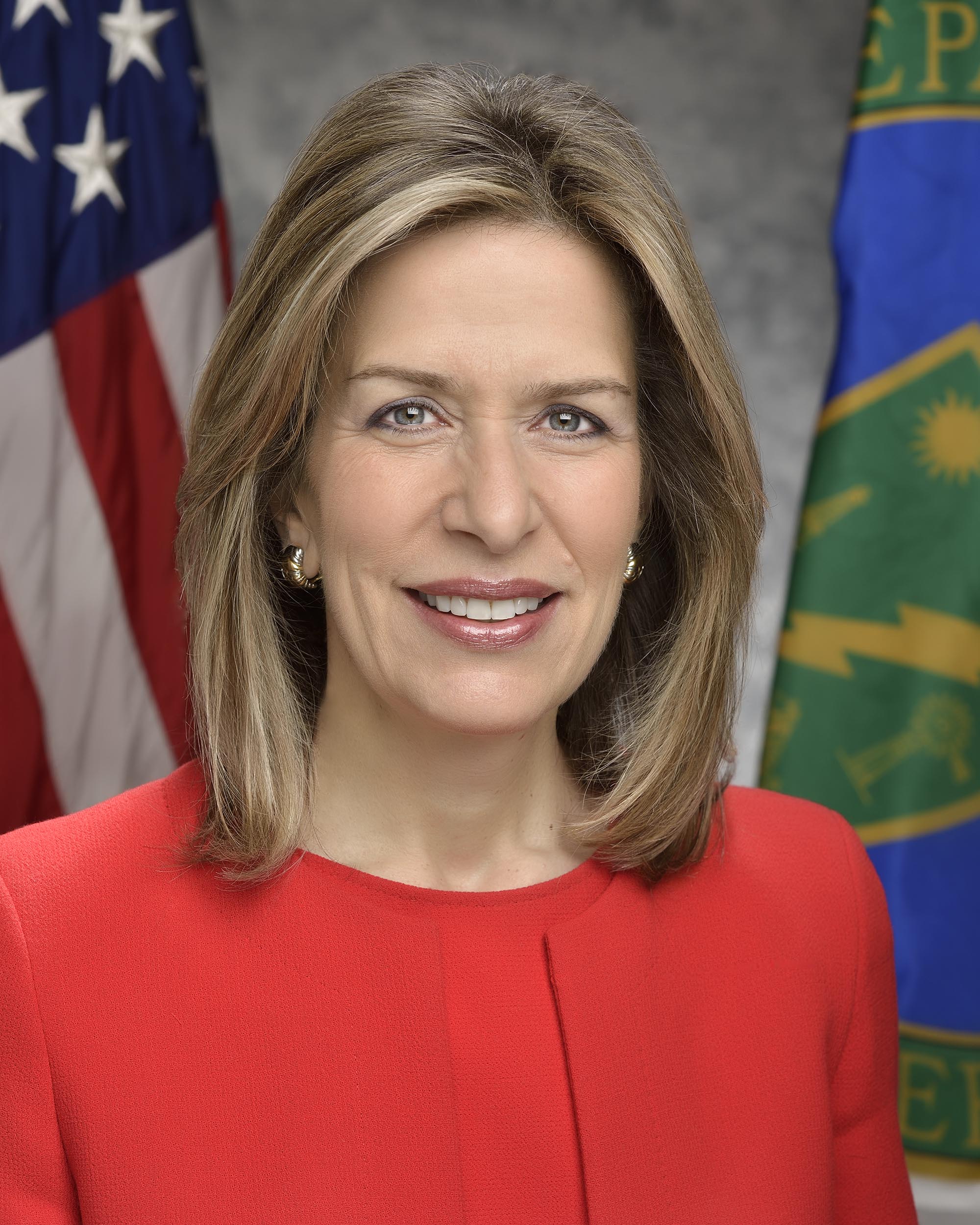 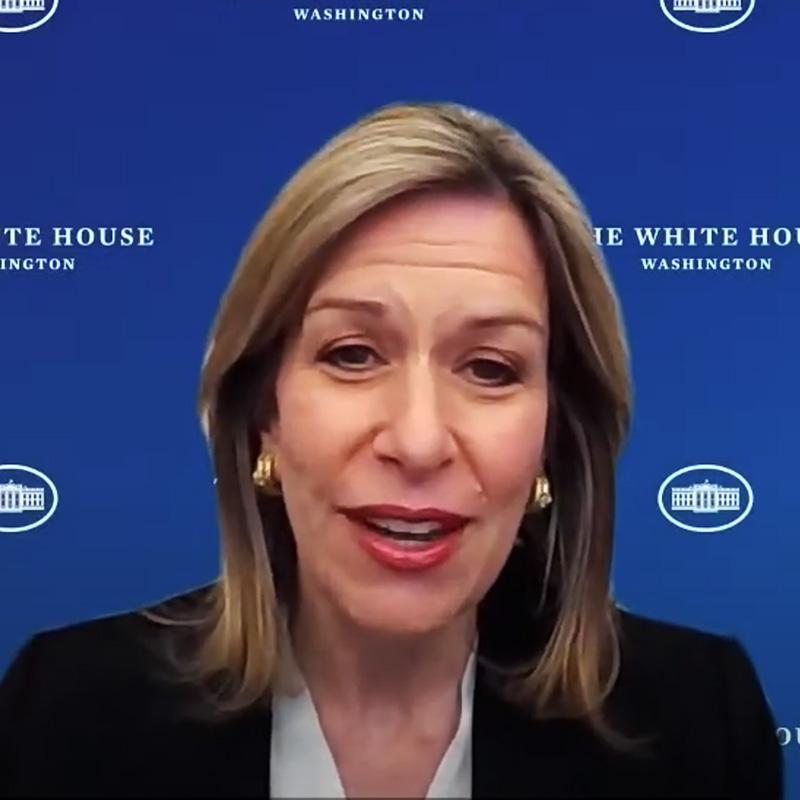 The webinar was the third “Democracy Dialogues” event, hosted by the University of Virginia’s newly announced Karsh Institute of Democracy, aiming to bring together voices from both sides of the aisle for an in-depth discussion of national issues. Previous Democracy Dialogues events have focused on bipartisan cooperation in the Senate, with U.S. Sens. Tim Kaine and Shelley Moore Capito; and analysis of the Jan. 6 insurrection at the U.S. Capitol, hosted by UVA Center for Politics Director Larry Sabato.

On Wednesday, Micah Schwartzman, the Joseph W. Dorn Research Professor of Law and director of the UVA School of Law’s Karsh Center for Law and Democracy, opened the discussion before Sherwood-Randall gave remarks and fielded questions from the audience and from Townsend, now an on-air national security analyst for CBS News and a member of the governing council at UVA’s Miller Center.

Much of the conversation focused on the National Strategy for Countering Domestic Terrorism, which Sherwood-Randall and other members of President Joe Biden’s administration released this month. The strategy document cites a recent rise in hate crimes and numerous instances of domestic terrorism, including the August 2017 killing of Heather Heyer in Charlottesville during the white supremacist “Unite the Right” rallies.

Sherwood-Randall said the violence in Charlottesville influenced Biden’s decision to run for president and “reflected disturbing trends in our culture that raise the specter of domestic terrorism” that we still contend with today, from hate crimes to the violent riots on Jan. 6 at the U.S. Capitol.

“The use of violence to pursue political ends is a profound threat to our public safety and our national security, and to our national identity, our values, our norms, our rule of law and our democracy,” she said.

When Townsend was in office, from 2004 to 2008, terrorism threats were primarily international. Now, Sherwood-Randall said, officials must keep an eye on international threats while also focusing on rising domestic threats, particularly from individuals motivated by racial bias, anti-government sentiments or both.

“We are seeing domestic violent extremists motivated by a range of ideologies that pose a threat to our country, with racially motivated and anti-government extremists posing the most lethal threat,” she said. “Further, violent extremists who promote the superiority of the white race have the most trans-national connections. … At this time, this is largely an ‘inside-out’ problem, not an ‘outside-in’ problem,” meaning that these domestic individuals and groups do not appear to have significant connections with international terrorist groups.

Right now, “We don’t have a great deal of evidence of the large-scale mobilization and top-down, leader-mobilized efforts that you experienced,” Sherwood-Randall said, addressing Townsend and her work fighting al-Qaida and other international terrorist groups. Instead, most domestic terrorists are alienated “lone actors.”

Sherwood-Randall and Townsend discussed the role technology companies, particularly social media companies, play in the radicalization and organization of such terrorists. 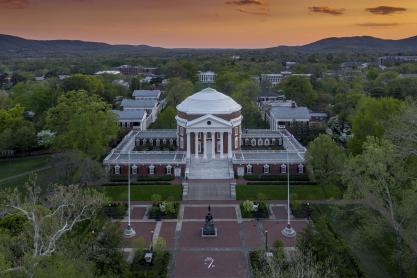 “Online radicalization was a really tough issue when we were dealing with foreign terrorist threats, and companies like Facebook, Google and Twitter were very slow to that game,” Townsend said.

It remains a big challenge today, whether terrorist groups are using social media platforms to spread their views or radicalize individuals, or foreign actors are using them to sow division in American political discourse. In addressing those threats, Sherwood-Randall said, robust public-private partnerships are crucial, especially with tech companies.

“The federal government cannot do this work alone. We need private sector partners to help secure our nation, whether dealing with threats to our energy grid or threats that emanate online,” she said. “I see it as a two-way street. We can provide information and help these companies recognize what we see and what they can do to ensure their platforms are not exploited in a way that is inconsistent with the standards and values they ascribe to.”

At the same time, she said, both the government and private companies must balance values of free speech and free expression.

“We cherish, prize and celebrate free speech and free expression of views, but it’s when that free expression becomes violence,” and threatens the lives of citizens or the infrastructure of our country, that it becomes terrorism, she said.

Universities, she said, also have a role to play, and her team is committed to learning as much as they can from professionals who have spent their careers studying extremist threats, including many in academia and at institutions like the Karsh Institute of Democracy.

“We must be in ongoing conversations with the broader stakeholder community, from civil rights groups to faith-based organizations to technology companies, to universities like UVA sponsoring this webinar today, to law enforcement partners at the state and local level,” she said.

Wednesday’s webinar was co-sponsored by the President’s Office, the Miller Center and the Karsh Center for Law and Democracy, supported by the George and Judy Marcus Democracy Praxis Fund, Ingrid and David Hang and UVA Rector James B. Murray Jr.

You can view a full recording of the conversation here. 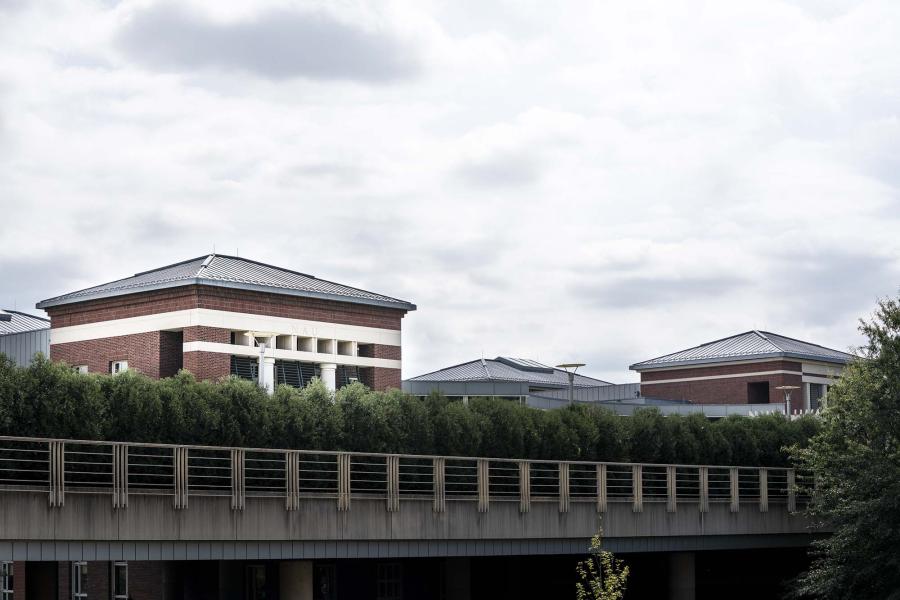 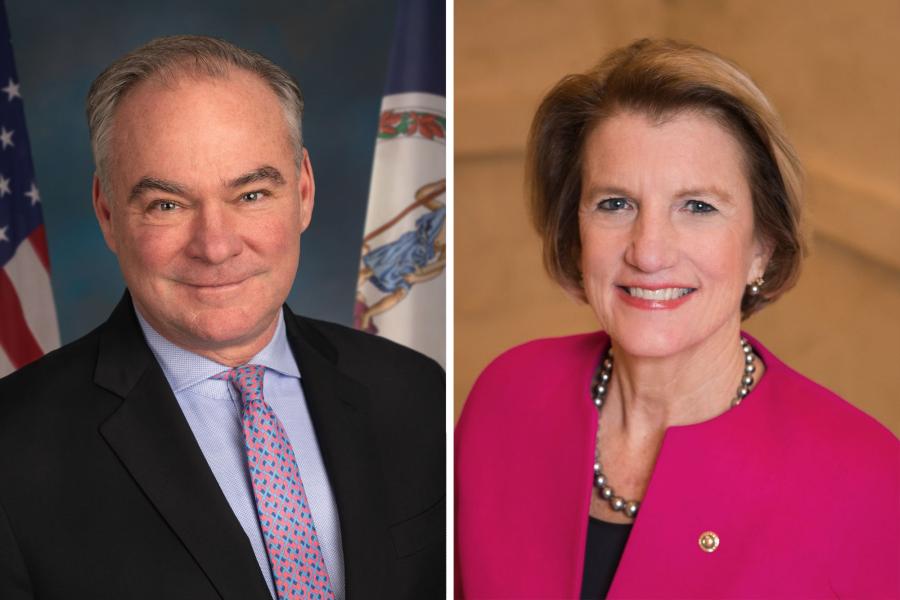 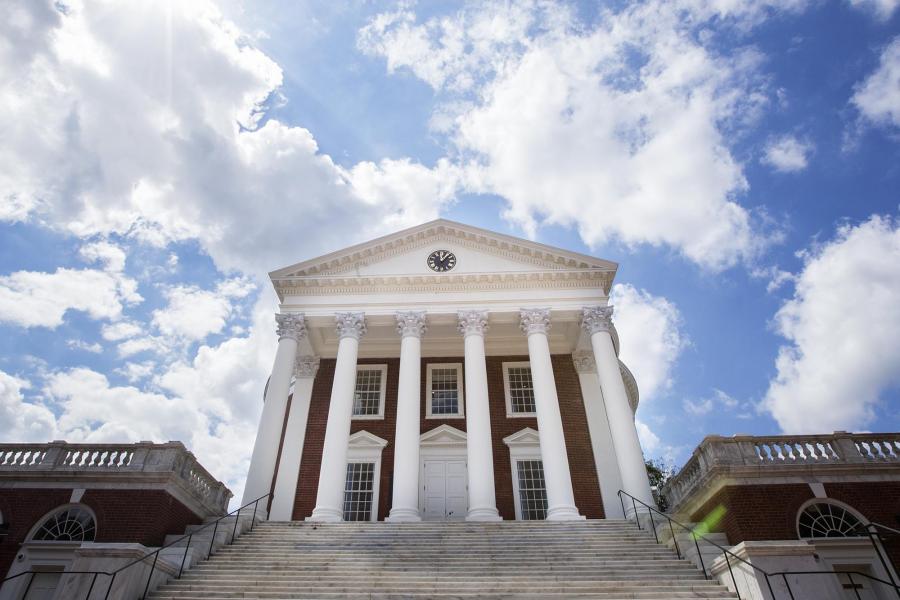