Research Discovery a Pearl of Hope for Imperiled Oyster Reefs 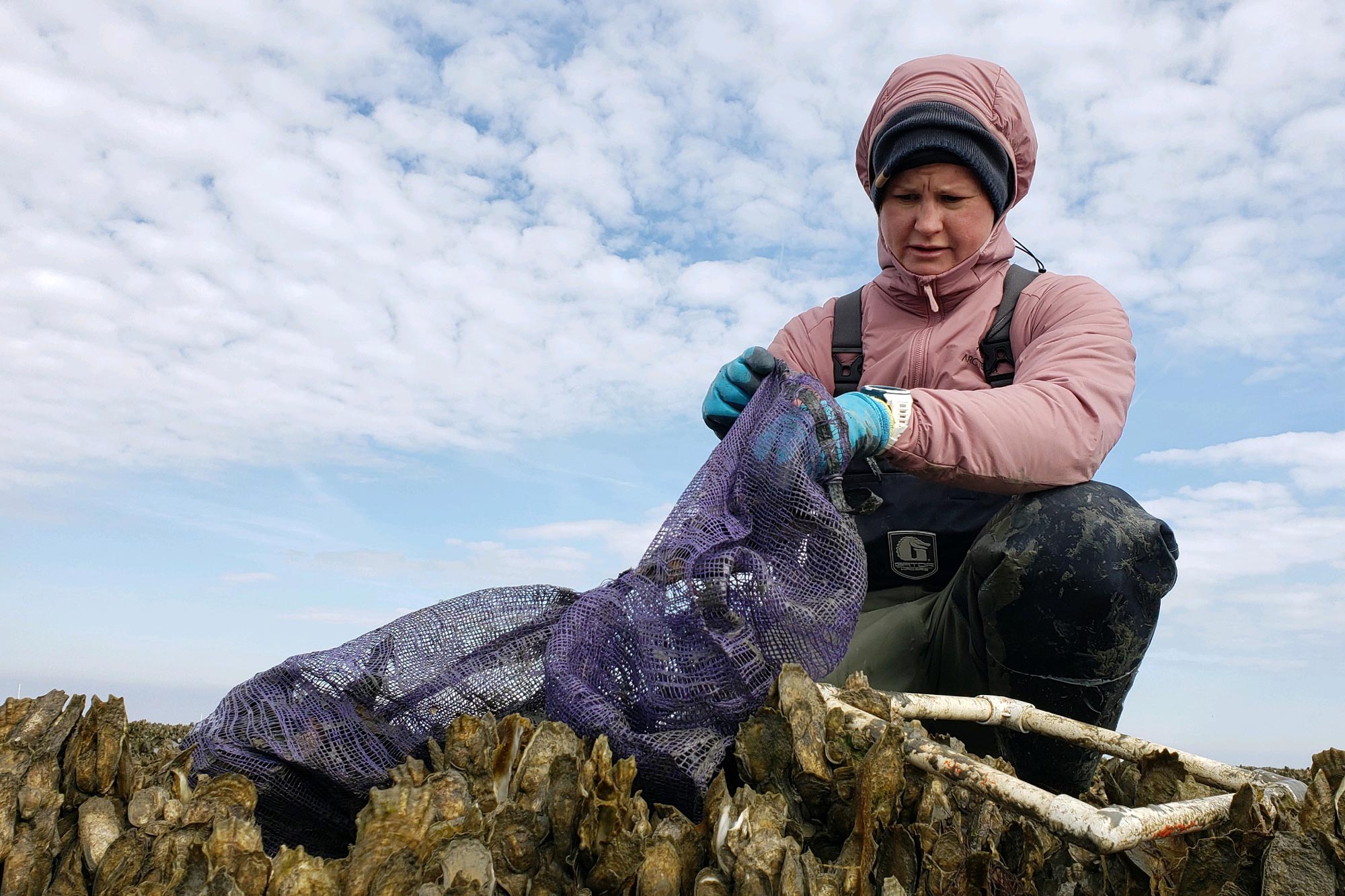 Brittany Collins of The Nature Conservancy measures oysters and crabs on Feb. 10, 2021, on a restored reef in the Hillcrest Oyster Sanctuary. (Photo by Bo Lusk)

University of Virginia researchers, in partnership with The Nature Conservancy, are sharing the good news that the future of oyster reefs, which have experienced greater than 85% loss worldwide over the past two centuries, doesn’t have to be bleak.

“Our study shows that restoration can catalyze rapid recovery of an imperiled coastal habitat and help reverse decades of degradation,” said the study’s lead author, Rachel Smith, a postdoctoral researcher in the Department of Environmental Sciences at UVA.

Oyster reefs are aggregate coastal formations built by the hinge-shelled mollusks. The reefs form along sand bars and muddy tidal flats, molding to contours at water’s edge and serving as a bulwark against erosion. As sea levels rise, so do the reefs – if they are healthy.

Due to over-harvesting and oyster diseases, however, the reefs have been in decline. In fact, many wild populations are now considered “functionally extinct” because of severe habitat losses. 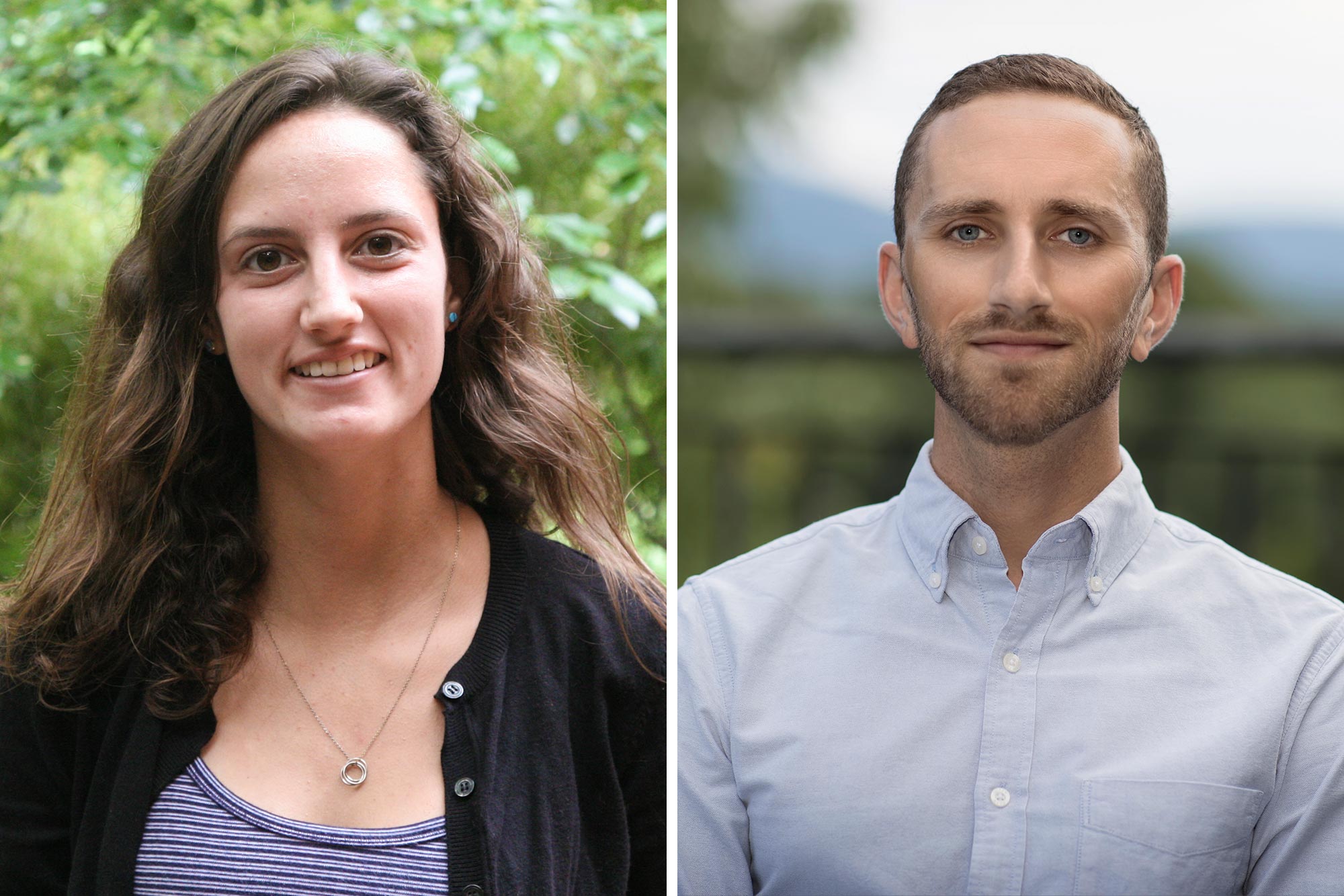 At 16 sites in coastal Virginia, composed of 70 reefs, the researchers studied the Crassostrea virginica variety of oyster, which, despite sounding perhaps like a Virginia native exclusive to the state, is better known as “the Eastern oyster” or “the Atlantic oyster.” Vitally important to the seafood economy, it is the common variety found on the Eastern Seaboard, and in Canada and South America as well – though it’s less common today. European colonization and subsequent commercial appetites reduced the oysters to about 1% of their estimated historical abundance along the Chesapeake Bay and its tributaries.

Where the reefs were spared or have recovered, waters are clearer and cleaner. The “filter feeders,” like other oysters and bivalve mollusks, suck in surrounding water, consuming plankton and any silt and debris, then eject the water back out, free of impurities. Scientists note the added value of oysters as a form environmental remediation, often mitigating the impact of fertilizer seepage or accidental spills. Oyster reefs also provide habitat for crabs and fish, supporting coastal fisheries.

So, can refurbished reefs return these oyster habitats to their former glory, restoring the benefits that go along with their presence? While the odds now seem more favorable, until recently, the waters had been murky in that regard as well.

Since the 1990s, conservationists and government agencies have been restoring reefs by recycling oyster and clam shells provided by natural deposits, aquaculture – farms for aquatic lifeforms – and restaurant discards; the shells are used to form the substrate for the reefs. These projects, sometimes led by local volunteers, then nudge oyster development by laying out beds for “baby” oysters to take hold. Yet the disparate efforts have been hard to track and compare in the methodical way scientists find useful. When researchers have led efforts, their studies have usually been for two years or less, and often failing to measure comparable natural reference sites.

“In the past, answering this question has been hampered by unknown timelines for recovery, undefined benchmarks for success and uncertainty about whether restored ecosystems can match natural ones,” said study coauthor Max Castorani, an assistant professor in the Department of Environmental Sciences. “Although preventing habitat loss should be the first priority, our new findings show that restored oyster reefs can catch up within a decade.”

Smith and Castorani worked with scientist Bo Lusk at The Nature Conservancy, which has been restoring oyster reefs in Virginia’s coastal bays since 2003. They culled bushels of empirical evidence, documenting the relatively quick rebound of not only the oysters, but also small crabs on the reefs that help support the broader food web.

“We also learned that as restored reefs matured and gained oysters, they became more stable over time, which suggests that restoration can increase ecosystem resilience,” Smith added.

The scientists conducted their experiment at the National Science Foundation’s Virginia Coast Reserve Long-Term Ecological Research site. The foundation supports dozens of sites around the world to study ecosystem changes over many years to decades, to predict how they will look in the future.

The researchers published their findings in Conservation Letters.

What Is Biotechnology? Where Is It Headed at UVA? END_OF_DOCUMENT_TOKEN_TO_BE_REPLACED