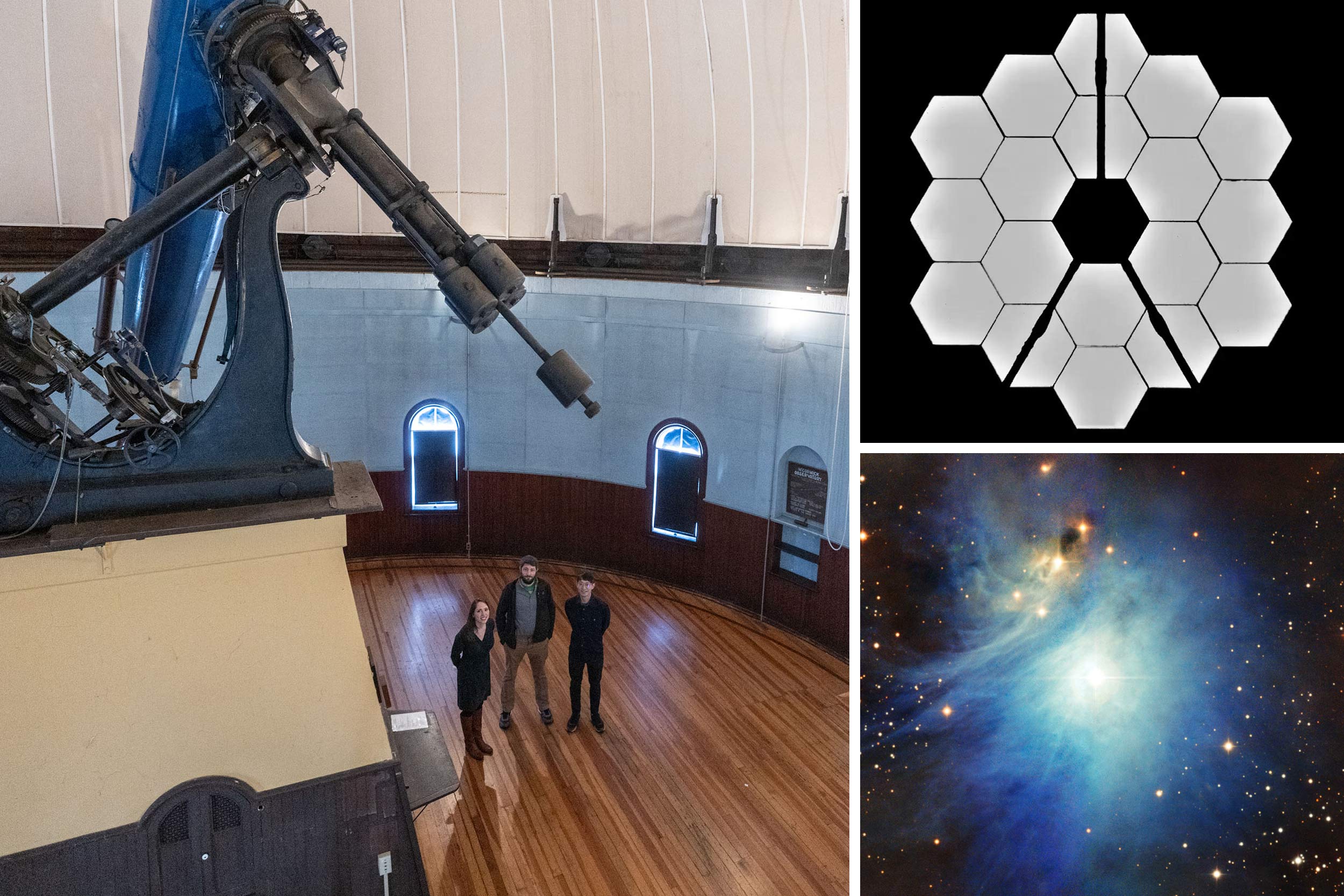 The Christmas morning launch of NASA’s James Webb Space Telescope from French Guiana lured astronomers from around the world to their laptops and televisions, as well as plenty of other early morning risers on the East Coast eager to watch the dawn of a new era in space exploration.

Among them were three University of Virginia astronomers whose research projects were selected for the first cycle of the telescope’s General Observer programs. Assistant professor L. Ilsedore “Ilse” Cleeves and postdoctoral fellows Yao-Lun Yang and Jon Ramsey of the College and Graduate School of Arts & Sciences’ Department of Astronomy were awarded telescope time for their three separate proposals.

Each was offered access to the $10 billion telescope’s unprecedented capabilities after a very competitive process. 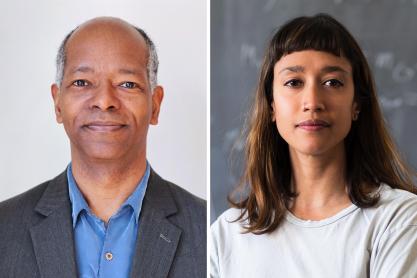 The Space Telescope Science Institute fielded nearly 1,200 General Observer proposals from scientists from 44 different countries. Fewer than one quarter of those were selected for the 6,000 hours of telescope time available this first program cycle.

Additionally, former UVA graduate student Yu Cheng, now at the National Astronomical Observatory of Japan, is the principal investigator of another selected project. The strong UVA representation reflects the Department of Astronomy’s strength as a research hub for the fields of star and planet formation.

“Having our projects selected for this first cycle, we are operating a little bit like the guinea pigs,” joked Cleeves, who is considered one of the world’s leading experts in theoretical astrochemistry and its applications to newly forming and formed planets. “But it’s amazing to be placed at the forefront to test what this telescope can do. This could revolutionize our understanding of how planets are formed.”

Designed to study the origins of the first stars and galaxies, which date back 13.7 billion years, the Webb Telescope is seven times more sensitive than the Hubble Space Telescope, which probes at a different range of wavelengths of mostly optical/red light. Researchers believe the Webb Telescope and its ability to detect faint infrared sources of light could be a game-changer with respect to our understanding of how planets form, what types of planets develop and their potential habitability for life.

Armed with a series of hexagonal golden mirrors, the Webb Telescope was designed to collect infrared light across a broad range of wavelengths with unprecedented sensitivity. That capability offers it a previously unmatched ability to study exoplanets – planets that orbit other stars beyond our solar system. 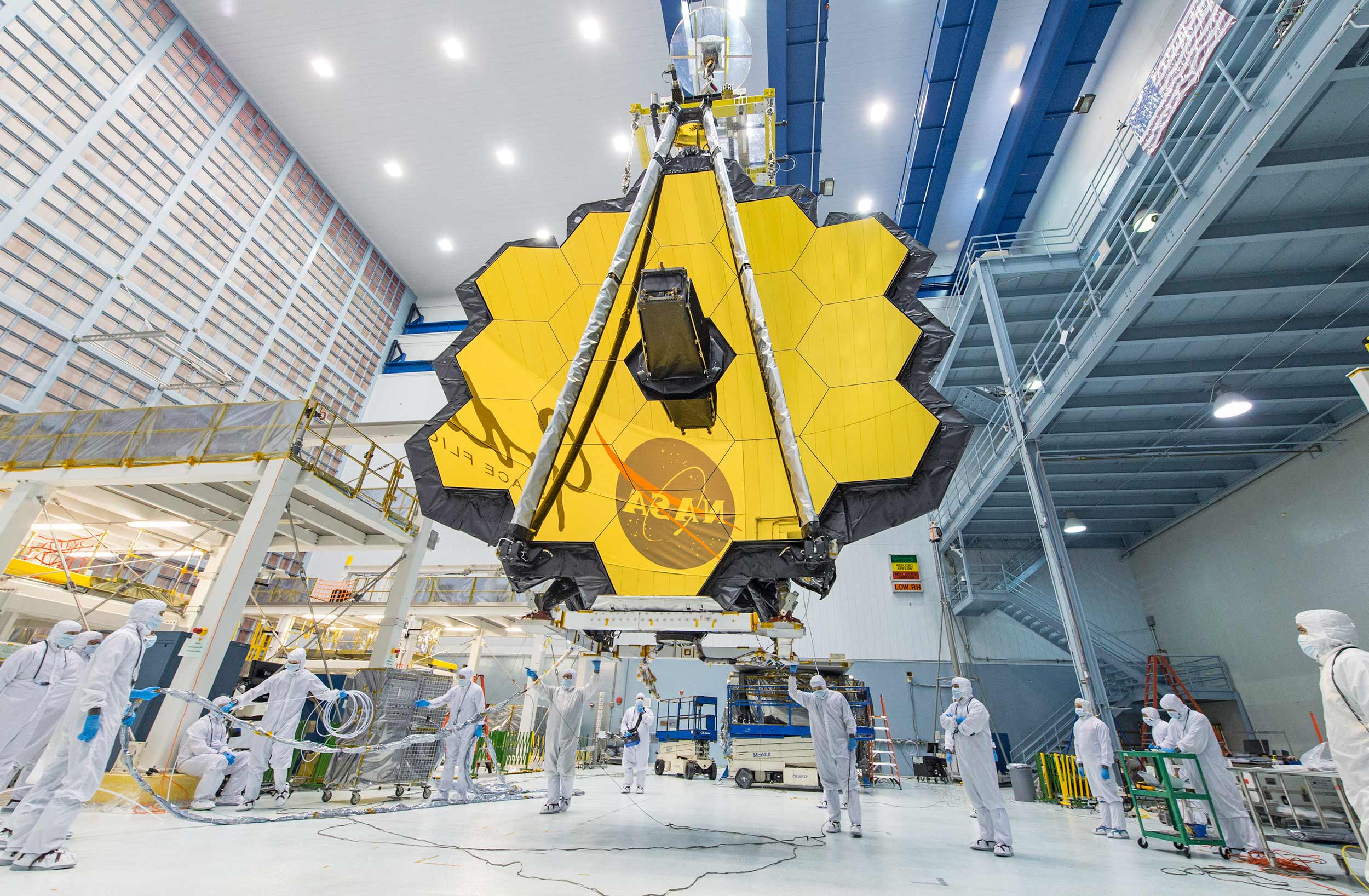 The Webb Telescope, seen here assembled in a clean room at NASA’s Goddard Space Flight Center in 2017, was launched into space on Dec. 25. (Photo by Desiree Stover, NASA)

A month after its launch, the Webb Telescope arrived at its orbital destination on Jan. 24, nearly 1 million miles from Earth. The telescope has maneuvered into an area of outer space called the second Lagrange Point, or L2. From this point, the overlap of gravity from the sun and Earth, along with the centrifugal forces from its orbit, will allow the telescope to maintain its position relative to the orbiting Earth, orbiting together around the sun.

The telescope’s large shield was designed to protect it from the glare and heat from Earth and the sun, allowing it to see further into space while maintaining the extremely cold temperatures required for its instruments to operate. Many of the Webb Telescope’s instruments must be cooled to 40 Kelvin (nearly negative-390 degrees Fahrenheit) or colder. These cold temperatures are required to achieve the high sensitivity necessary to detect faint signals that originated deeper in space.

According to Yang, “The sensitivity of the Webb Telescope is 100 times better than what we had before with Spitzer, the previous infrared space telescope.” Yang’s project aims to measure the ice composition of protostars (very young stars still gathering mass from a parent molecular cloud) to determine the composition of complex organic molecules within them. “There are countless hidden stars that could be uncovered by the Webb Telescope, just beyond our view currently.” 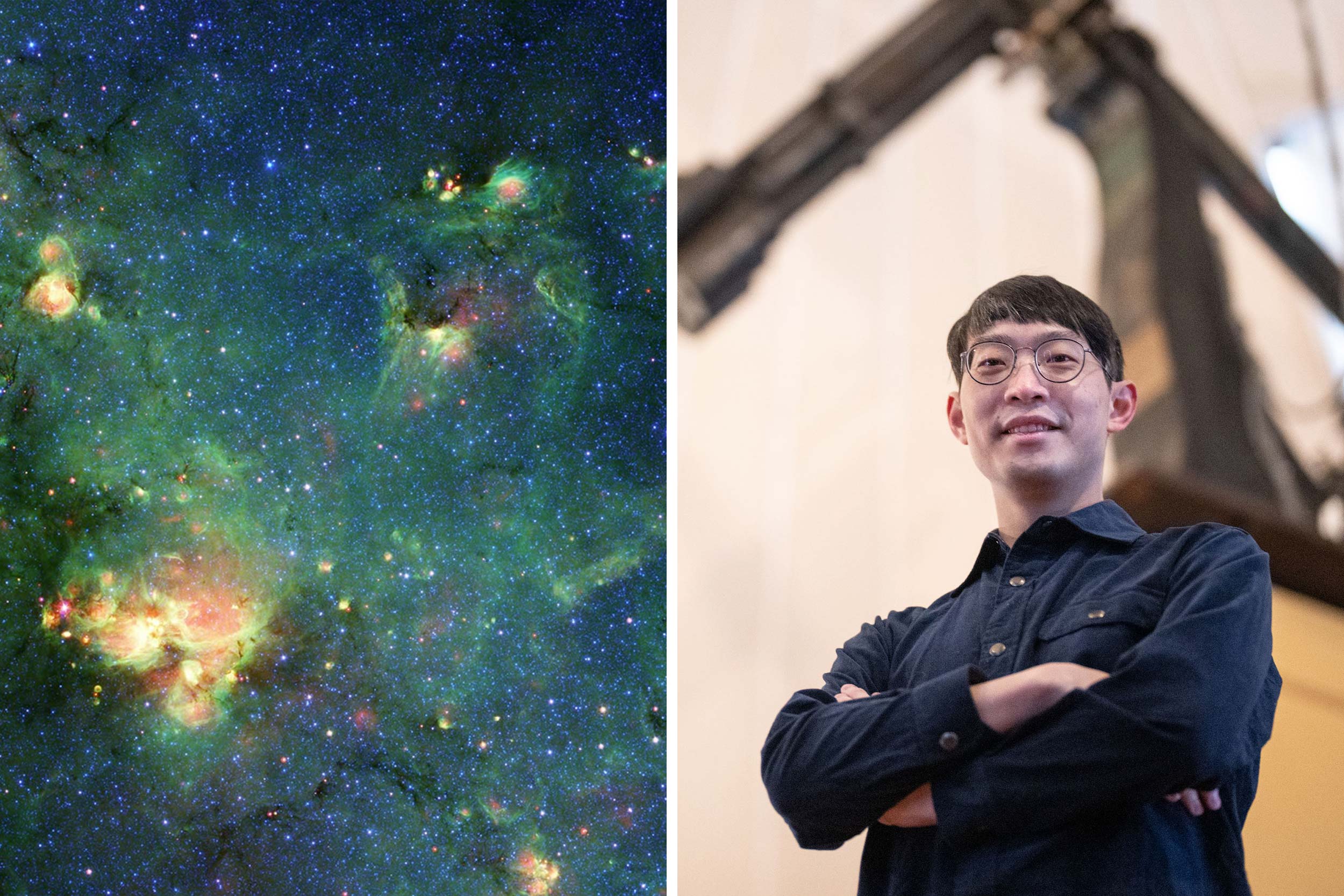 Yao-Lun Yang studies the chemistry of stars that are just beginning to form in cloudy regions of space, such as the one seen in the infrared image at left from the decommissioned Spitzer Space Telescope. (Left image by Robert Hurt, NASA/JPL-Caletech; right photo by Sanjay Suchak, University Communications.)

Yang and Ramsey are both postdoctoral fellows with the Virginia Initiative on Cosmic Origins, a research effort hosted by UVA’s departments of Astronomy, Chemistry, Computer Science, Environmental Sciences, and Materials Science and Engineering, along with the National Radio Astronomy Observatory. Established in 2017 with a grant from the UVA Strategic Investment Fund, the initiative is exploring fundamental questions about the formation of galaxies, stars, planets and life in the universe.

The University maintains a close partnership with the national observatory, and much of the previous observational data collected by Yang, Ramsey and Cleeves for their work came from the Atacama Large Millimeter/submillimeter Array in Chile, the most complex radio astronomy observatory in the world.

Ramsey’s Webb Telescope project involves an international cohort of researchers in Taiwan, Denmark, Sweden and Poland – and at UVA and the National Radio Astronomy Observatory – attempting to stitch together a cohesive picture of what’s happening inside a particular protostar by mapping the hot gas expelled like an enormous fountain from the protostar. 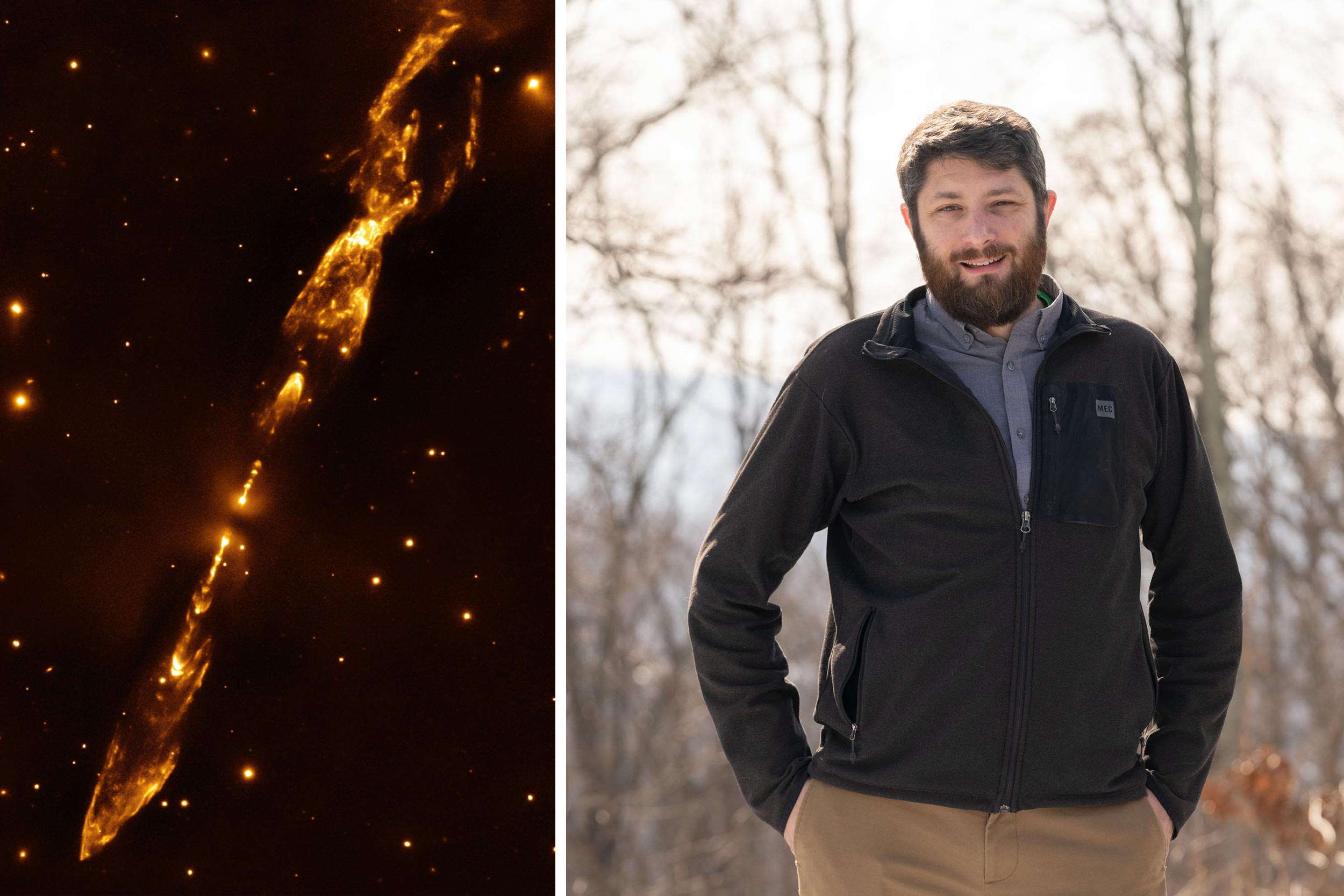 “The Webb Telescope provides us the sensitivity and resolution that is really hard to get at these infrared wavelengths from even the world’s largest ground-based telescopes,” Ramsey said. “There’s a lot of really interesting chemical and physical information within the infrared wavelength range that we haven’t been able to see because the Earth’s atmosphere is pretty good at blocking infrared light.”

He added, “We’re trying to pull together a cohesive picture of what’s happening in this particular protostar. The hot gas we’re studying is expelled from a star that is roughly about half or almost the same mass as our own sun, and it has a protoplanetary disc around it that we think might be in the first stages of forming planets.”

Cleeves was awarded a prestigious Packard Fellowship for Science and Engineering in 2019 for her work on the dusty disks around young stars where planet formation takes place. A member of the cosmic origins initiative’s management committee, Cleeves was also among 24 teacher-scholars in chemistry, physics and astronomy recognized by the Research Corporation for Science Advancement with a 2022 Cottrell Scholar Award.

Her Webb Telescope project could significantly advance her influential research on the composition of exoplanets. The ability to collect data on the existence of ice in protoplanetary discs, and how that ice is distributed throughout these discs, could offer important clues to understanding the origins of life, Cleeves said. 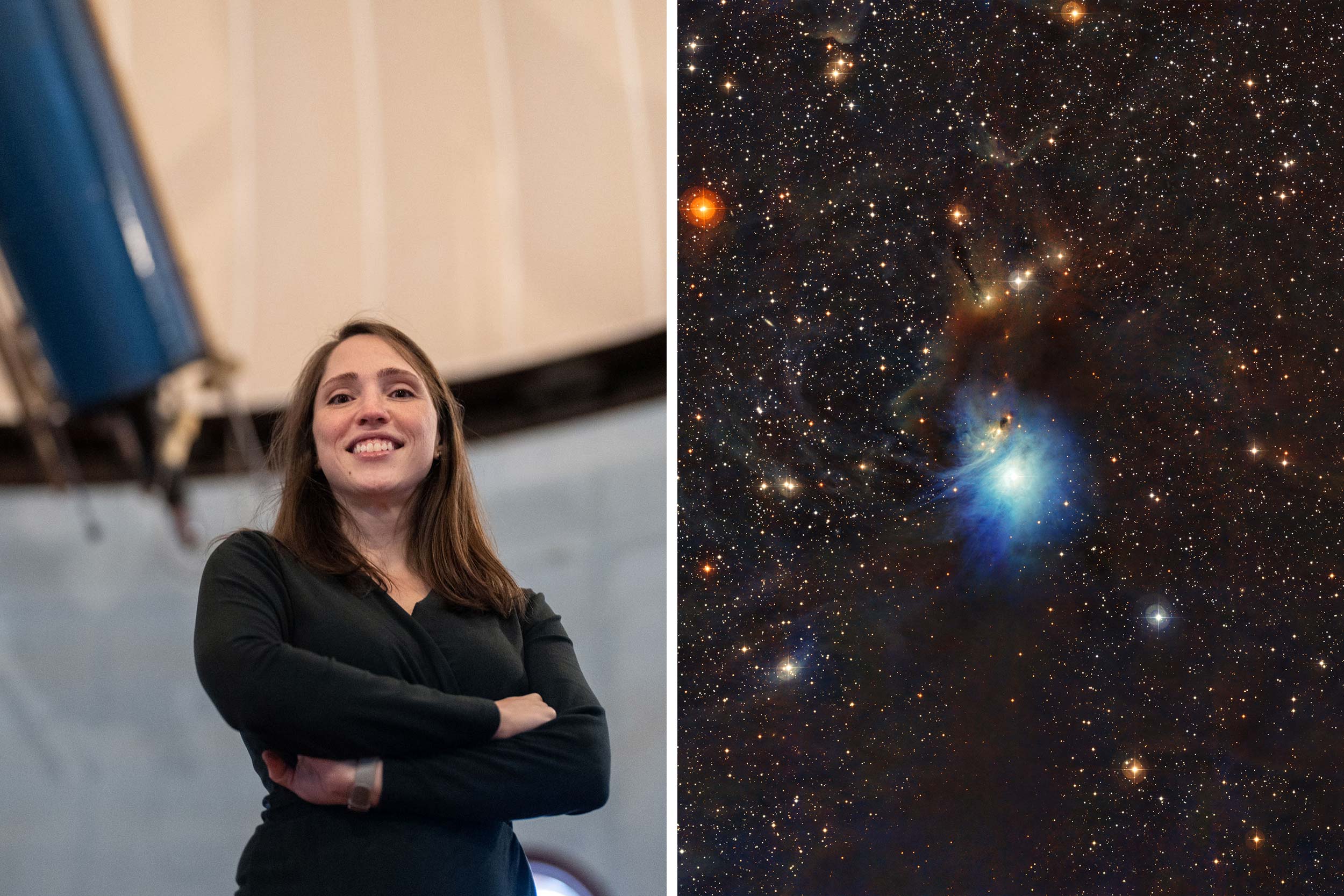 Land-based optical telescopes can’t see through the cloudy areas where young stars form, like this one captured by the La Silla Observatory in Chile. Ilsa Cleeves hopes to use the Webb Telescope’s superior resolution to map ice in the dusty, planet-forming discs around young stars. (Left photo by Sanjay Suchak, University Communications; right image courtesy ESO)

“Our program’s goal is to map across the face of a protoplanetary disc,” she said. “We only have a couple observations now where we can confirm ice exists, but this will be such a major leap forward to be able to make three-dimensional maps of the ice available to the next generation of planets. The images of gas-phase chemistry from ALMA have been incredible, but ice has been invisible. And the presence of ice is expected to be a key factor in the formation of new planets.”

The Strength of Collaboration

The three astronomers credited the cosmic origins program with creating opportunities to collaborate with each other and researchers from other UVA departments on interdisciplinary projects that made their Webb Telescope proposals so competitive. Robin Garrod, an associate professor of chemistry and astronomy, for example, is working with Yang on some of the theoretical modeling required for his project. (Garrod also is working on another Webb Telescope project being run out of the Space Science Telescope Institute, and is a core team member of another, larger project in the James Webb Space Telescope Early Science program.)

“Robin and his former grad student, who are on my team, are the experts on the modeling theory and the chemistry involved,” Yang said. “That’s something I don’t have too much expertise on, but being here has really helped me tap into people who made our proposal much stronger to get observational time on the Webb Telescope.”

There will be opportunities to submit applications for telescope time in future cycles for the Webb Telescope, which could spend as many as 20 years collecting data. It’s an extremely competitive process, with astronomers from around the world seeking a segment of the observing time available. Every project is an opportunity for new insight into the origins of the universe.

“And that's just what we expect to see. Who knows what else we will discover?” Cleeves added. “Whenever a large leap is made, most of what we learn, we never anticipated. When Webb began development in the mid ’90s, we only knew of a few exoplanets. Now we know of thousands, and the Webb Telescope is poised to tell us about their origin stories.” 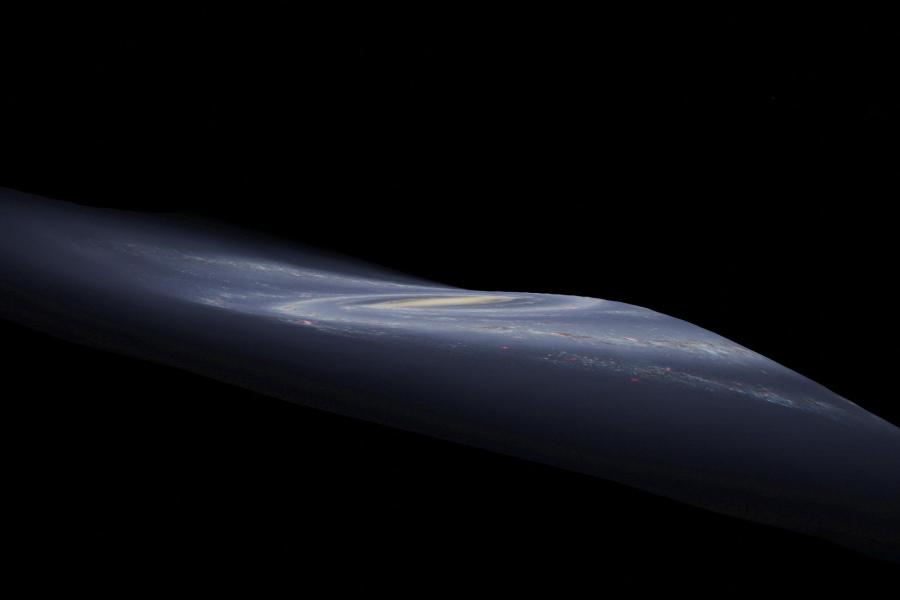 A Warp in the Milky Way Linked to Galactic Collision 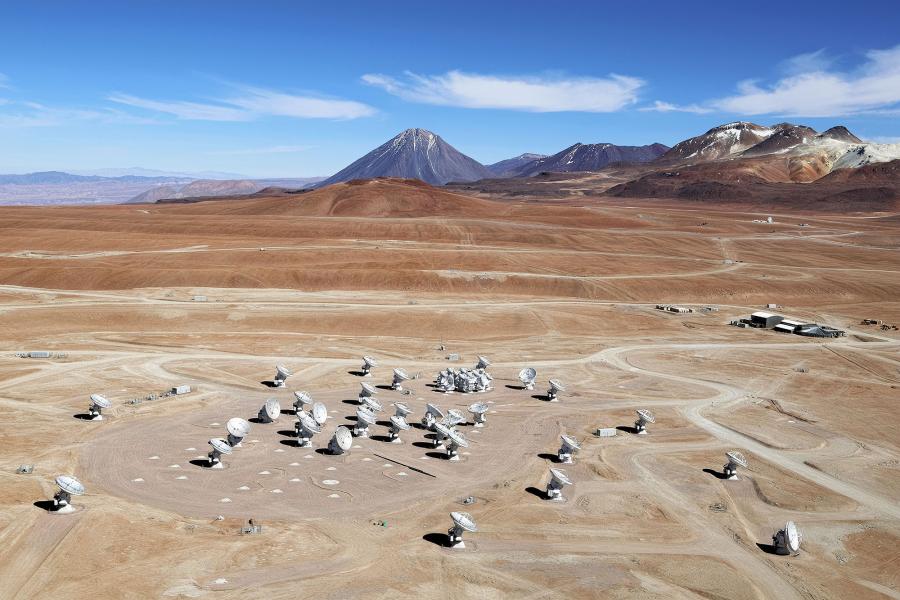 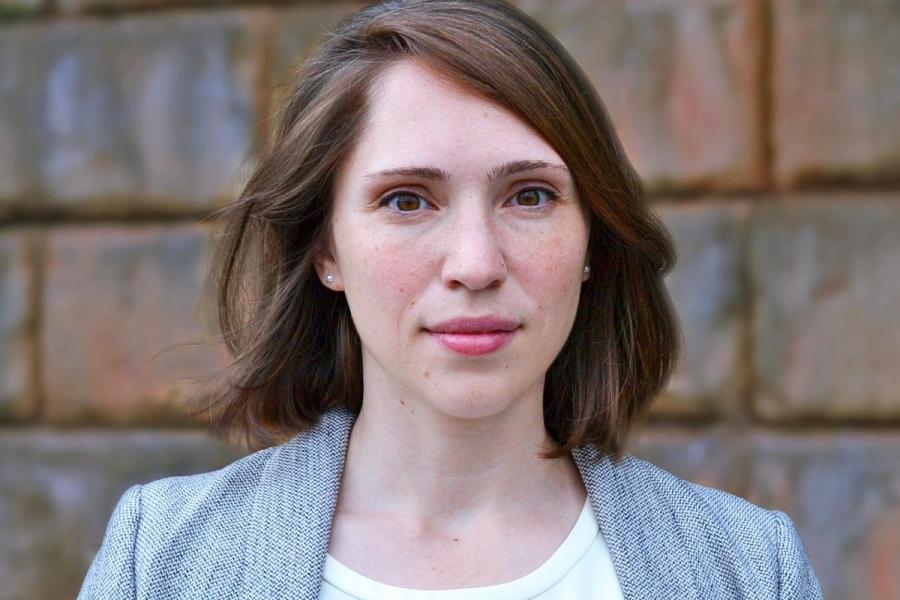