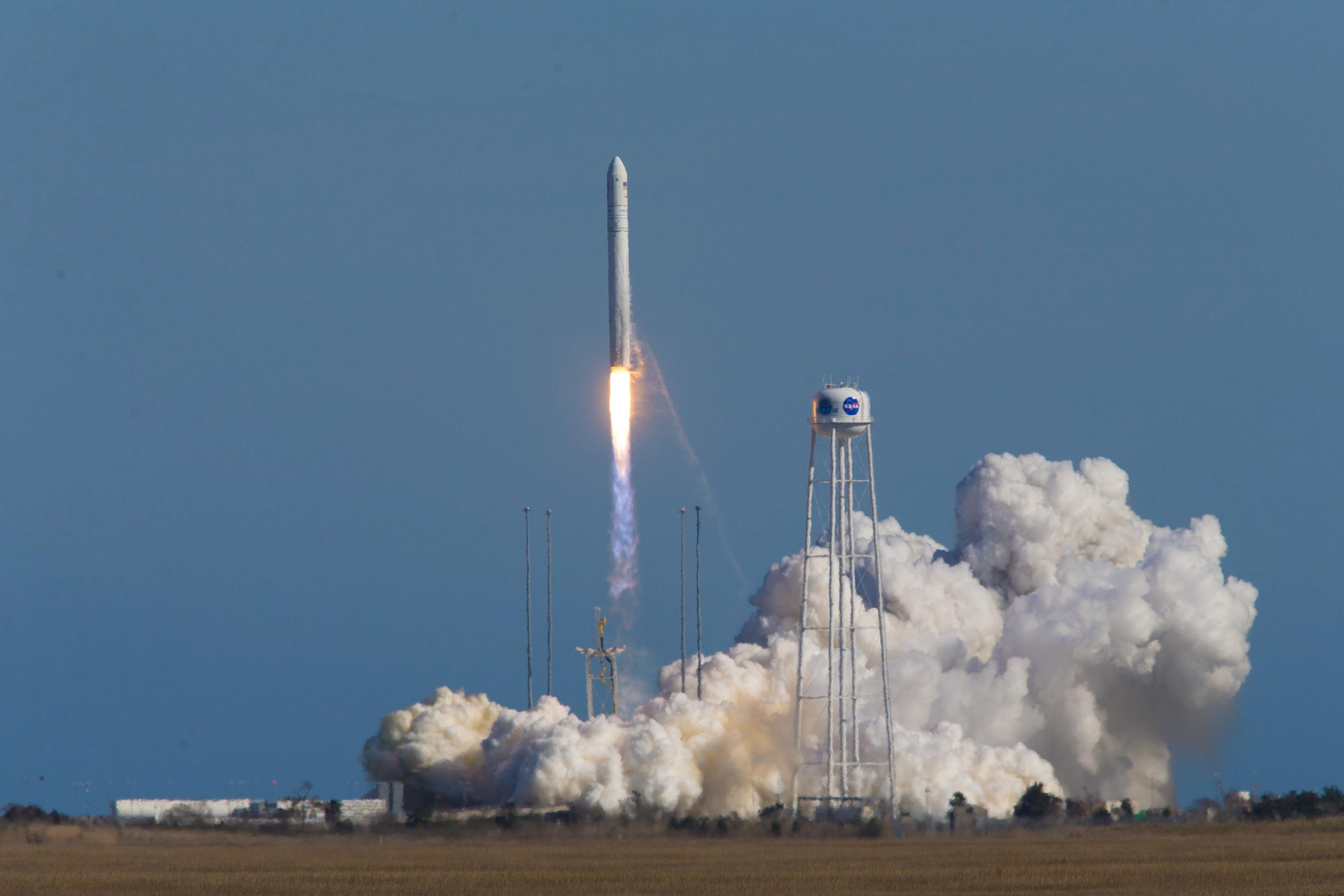 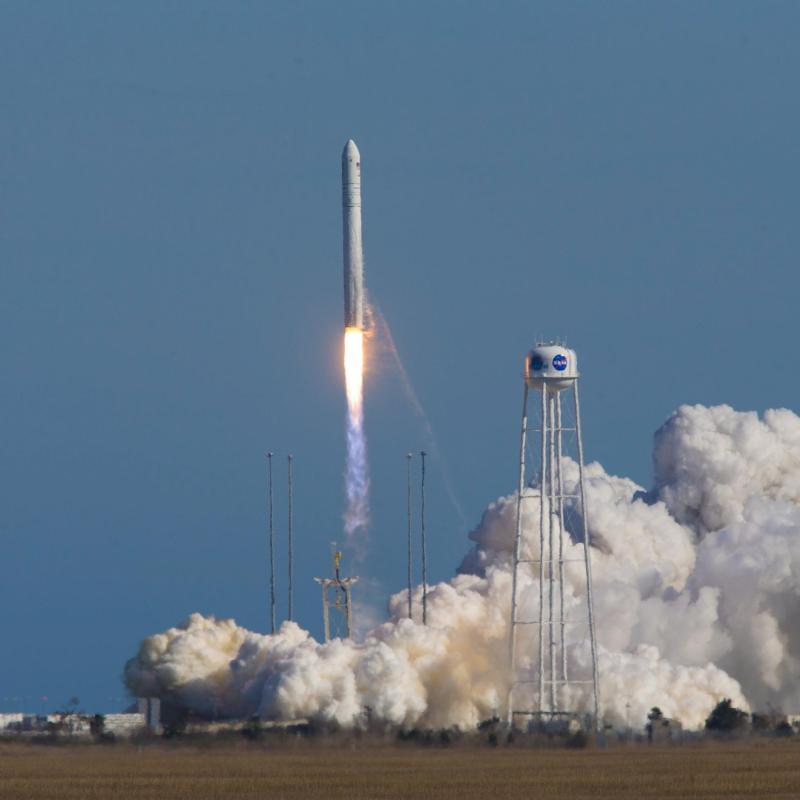 A three-year spacecraft design project undertaken by a succession of undergraduate engineering students culminated Wednesday in a spectacular rocket launch. Now the students will track their craft from UVA.

And we have liftoff!

After three years of development by scores of University of Virginia aerospace, mechanical and electrical engineering students, a UVA-built mini-spacecraft blasted off Wednesday toward the International Space Station from NASA’s Wallops Flight Facility on the Eastern Shore. The launch vehicle was an Antares rocket.

“That was really cool!” aerospace engineering student and mission manager Erin Puckette said. “It was a powerful experience, not only that you could literally feel, but also for what it symbolized for the project and all the hard work of our team.” 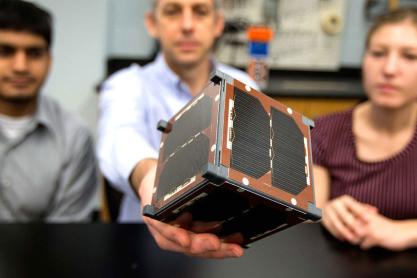 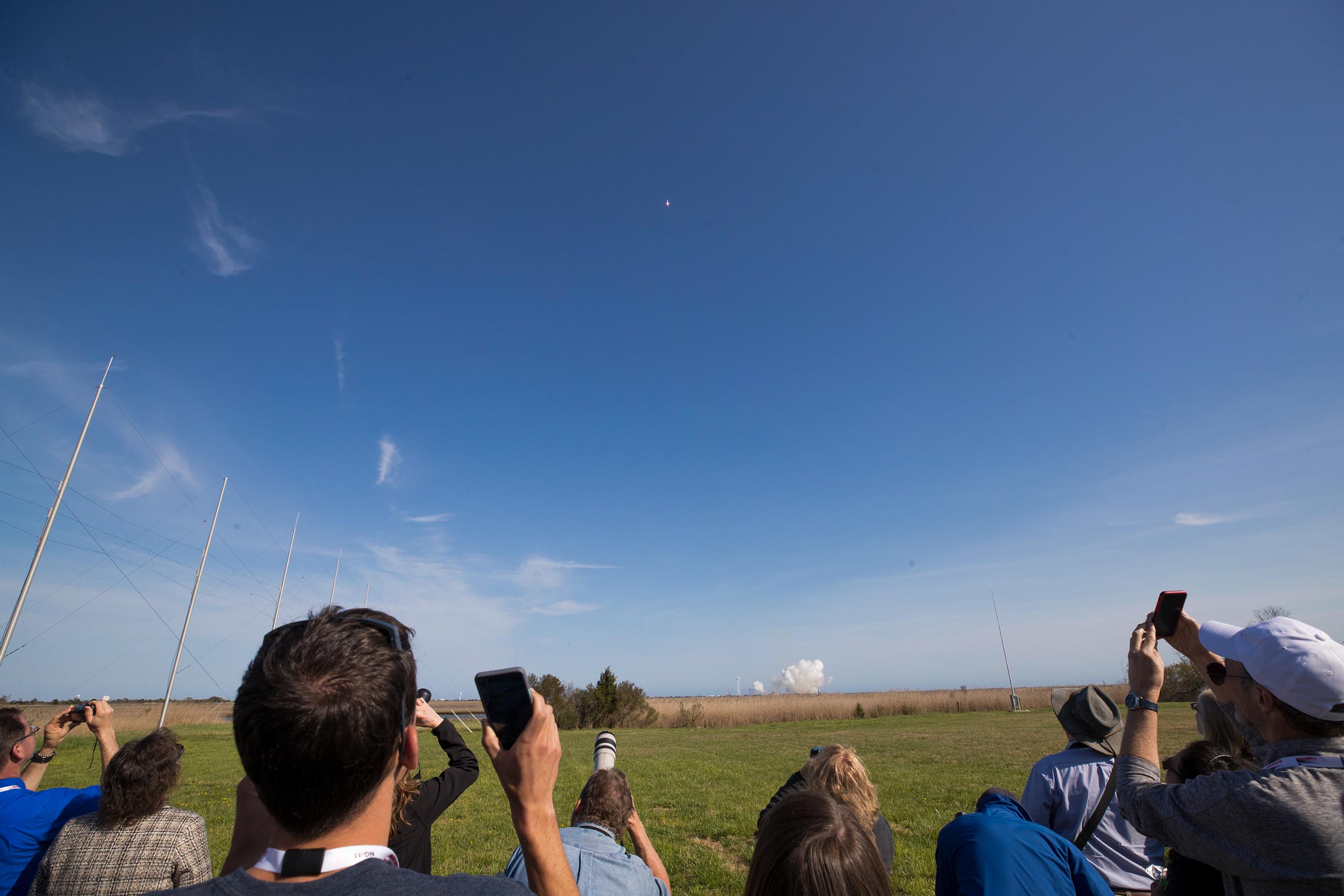 The students’ spacecraft – named Libertas, for the goddess of liberty that is found on the back of Virginia’s state seal – is one of three built by engineering students at Virginia universities with sponsorship from NASA and the Virginia Space Grant Consortium. The other two crafts were designed and constructed at Old Dominion University and Virginia Tech. Hampton University is providing technical support.

The nano-satellites, each about 4 inches cubed, are called CubeSats. They weigh about 3 pounds each, and will be used by NASA to gain better understanding of how satellite orbits decay over time in varying atmospheric densities.

The CubeSats will fly as cargo on a Cygnus resupply spacecraft and will arrive Saturday at the International Space Station. In July, astronauts aboard the station will release the three Virginia CubeSats into orbit as a constellation. Students will then track their satellites – circling the Earth at altitudes of about 250 miles – from ground stations over the next year or so.

UVA students will communicate with and operate Libertas via shortwave radio from a mission control station they’ve set up at the School of Engineering and Applied Science. For about a year, until their craft fully re-enters Earth’s orbit and burns up, they will gather and analyze atmospheric data each time the satellite passes over from horizon to horizon – tens of thousands of times.

“Wow! The launch lasted about seven minutes, but my smile lasted for the rest of the day!” UVA mechanical and aerospace engineering professor Chris Goyne said. “It was so wonderful for our team to reach this important milestone. It is hard to believe the next people to handle our CubeSat will be astronauts on the International Space Station.”

Goyne has mentored students throughout the three-year development and construction phase, and will continue to do so as data streams in from Libertas’ lofty orbit. 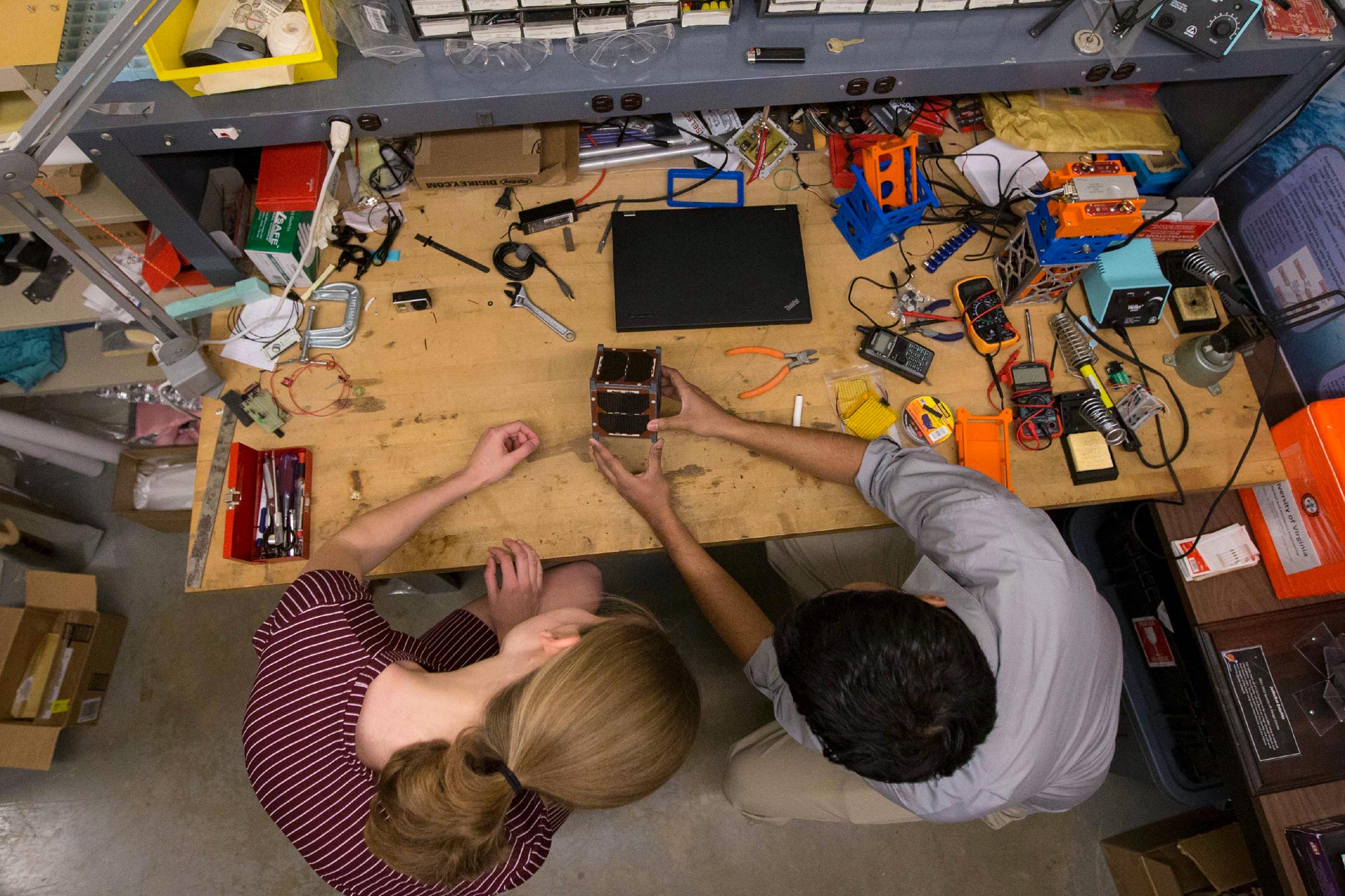 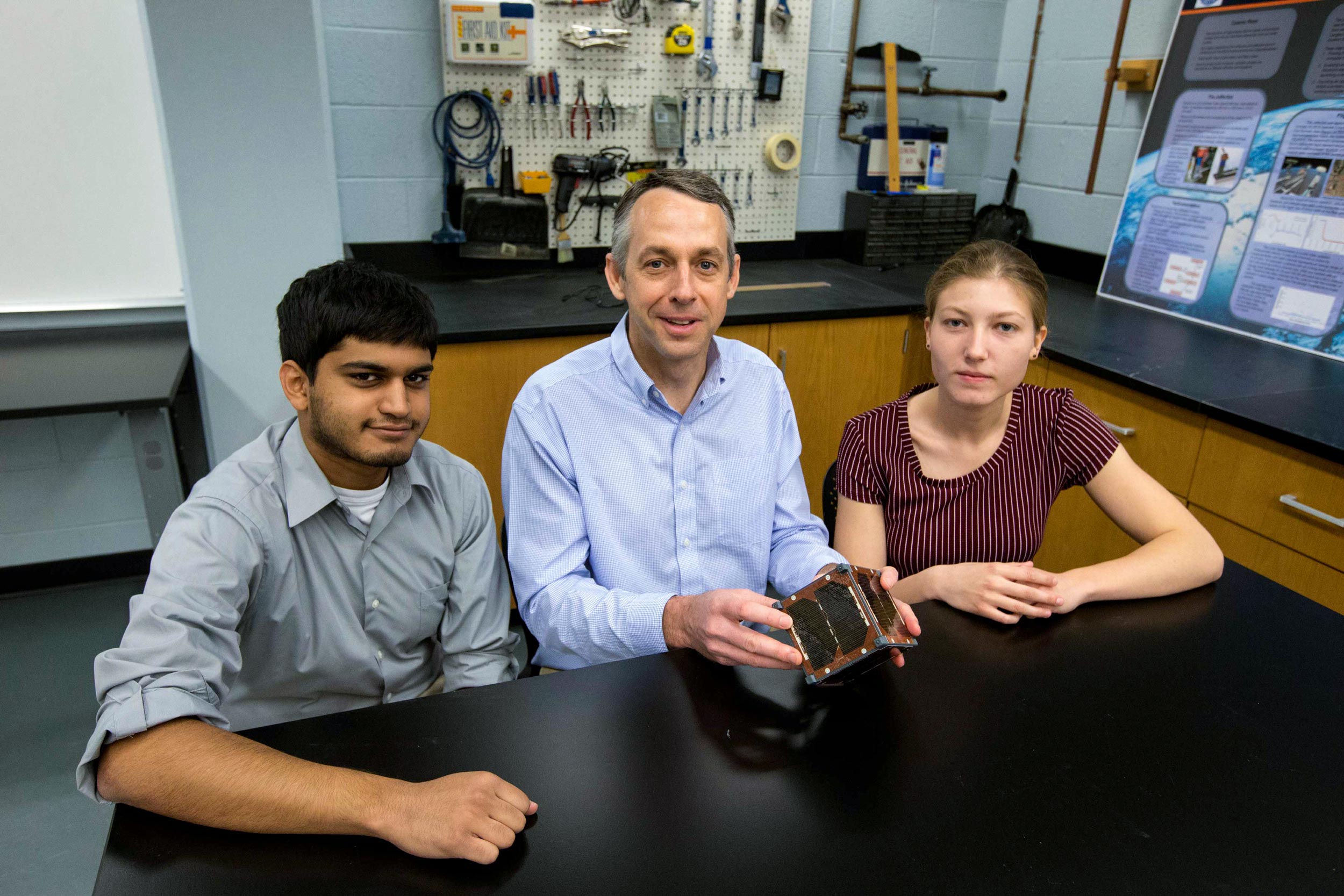 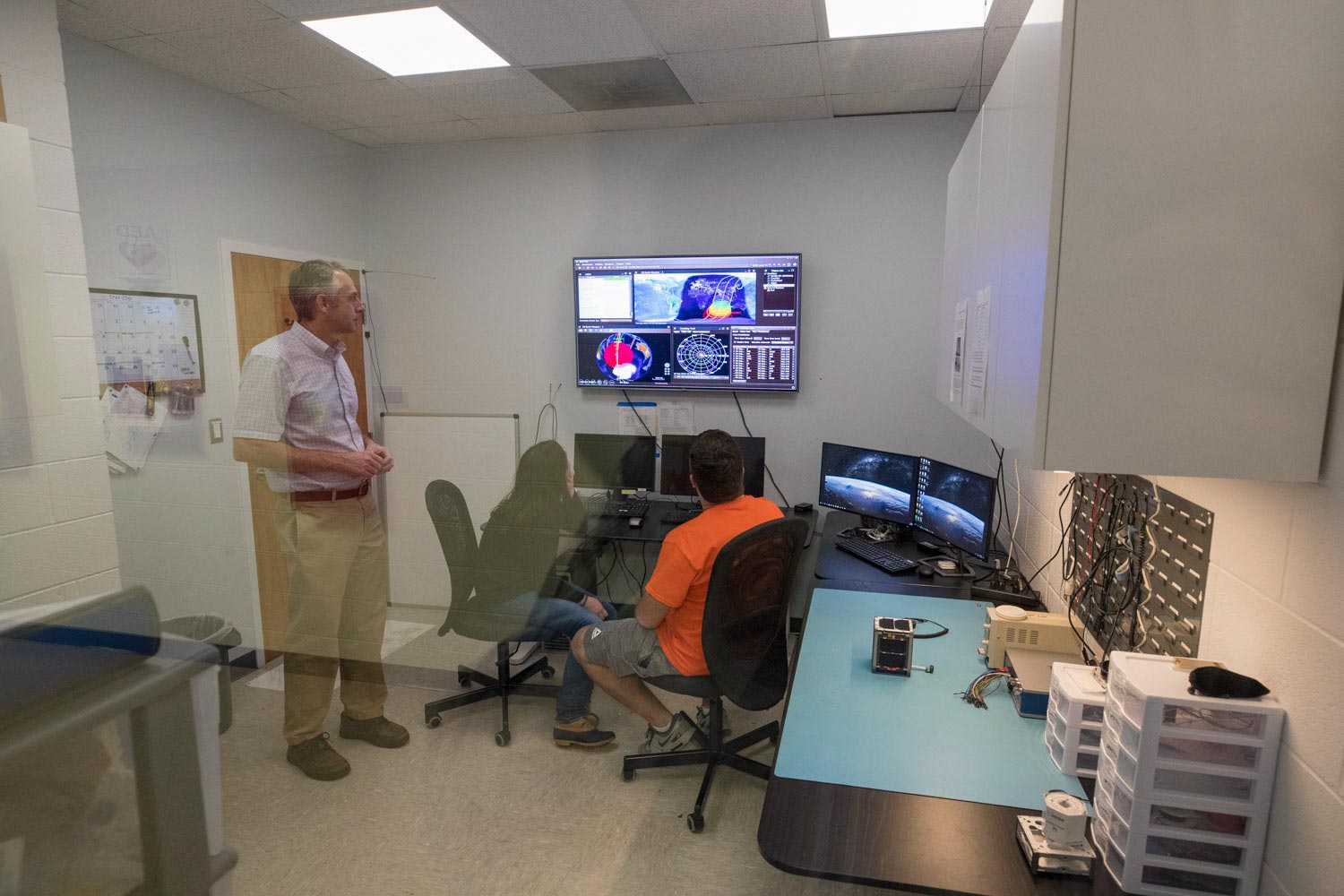 Professor Chris Goyne with students Erin Puckette and Trace LaCour in the CubeSat mission control room at the Engineering School. 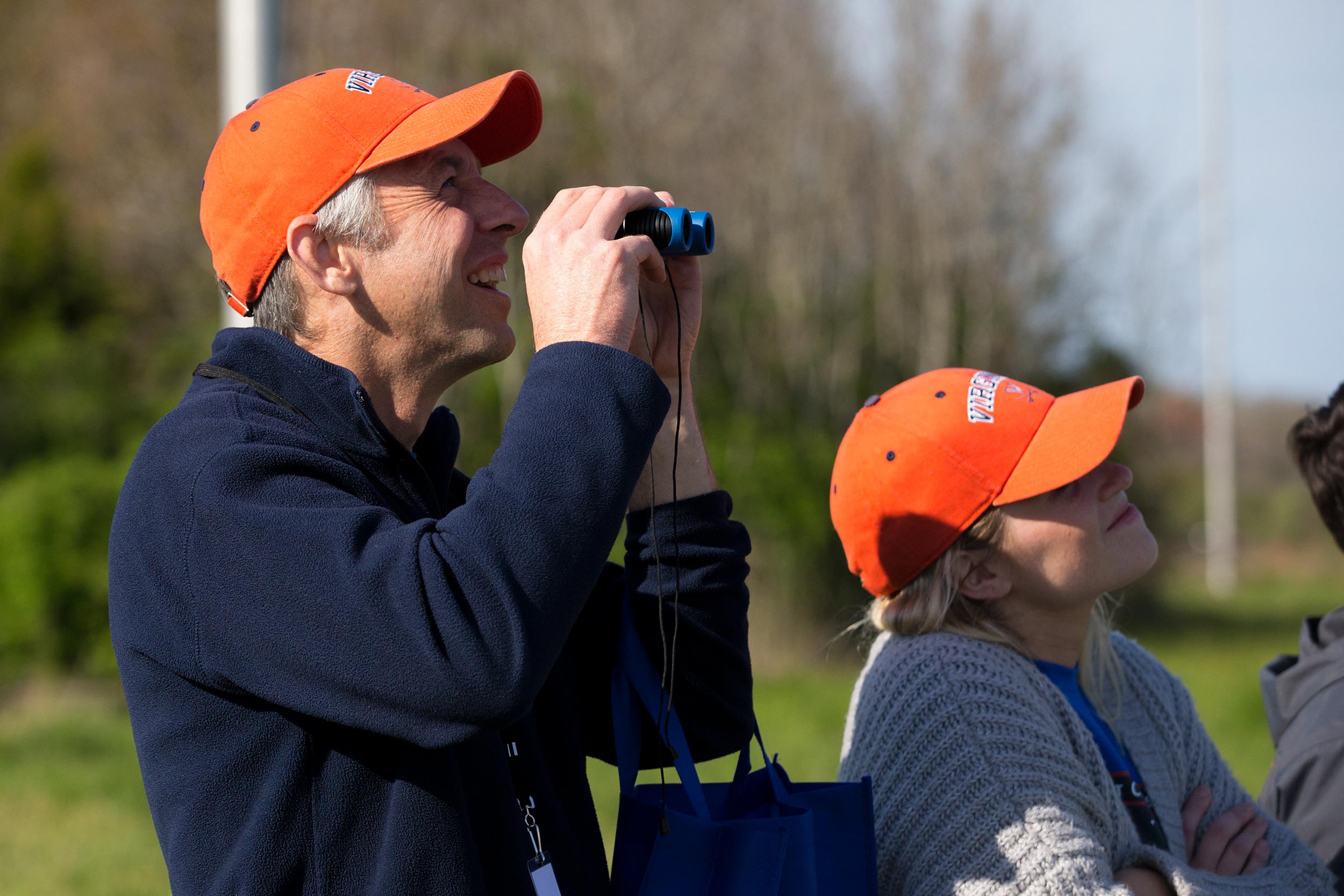 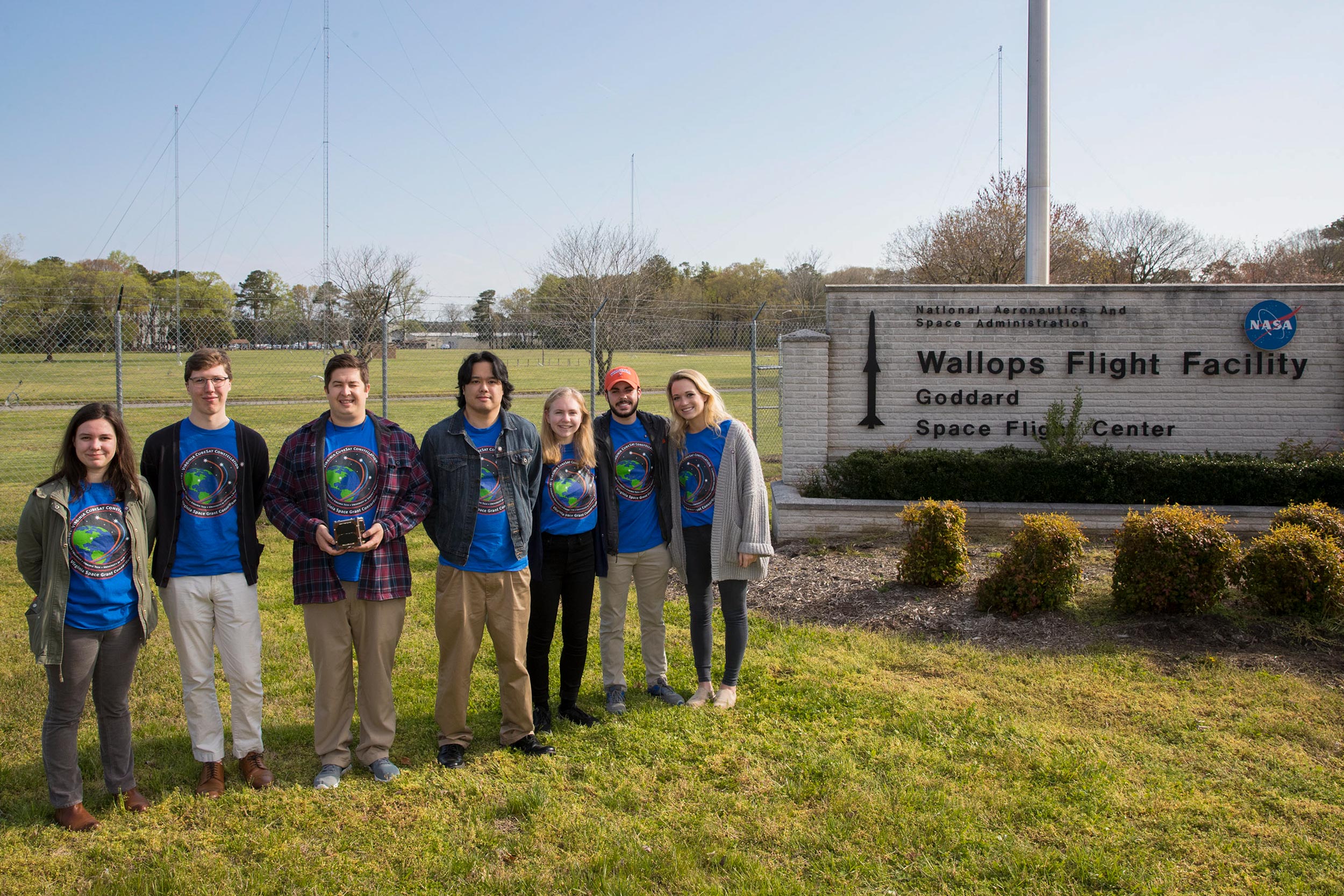 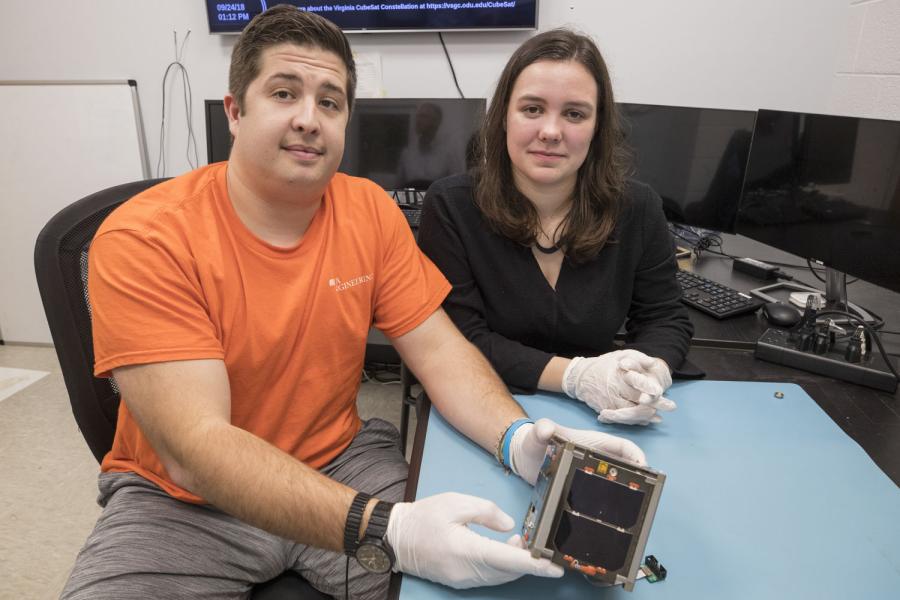 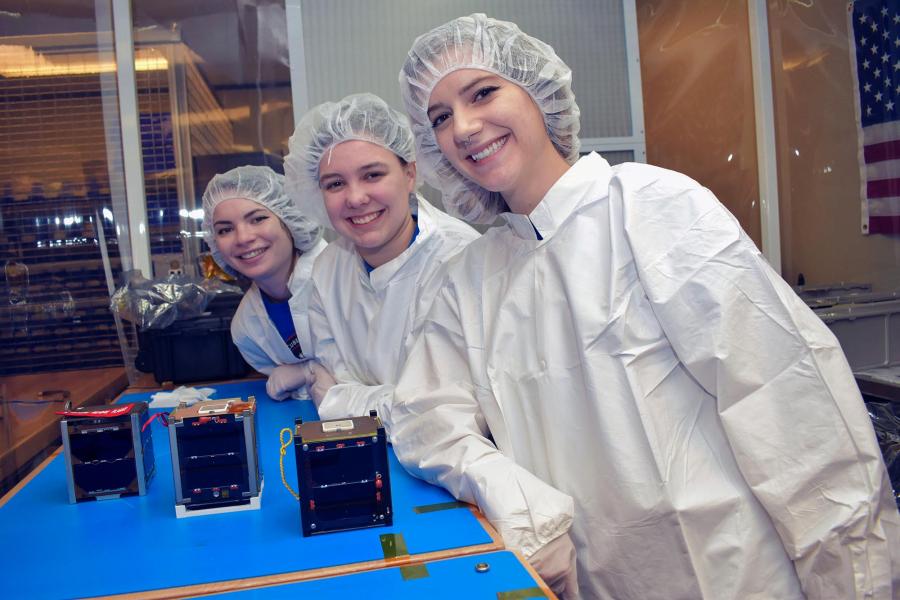 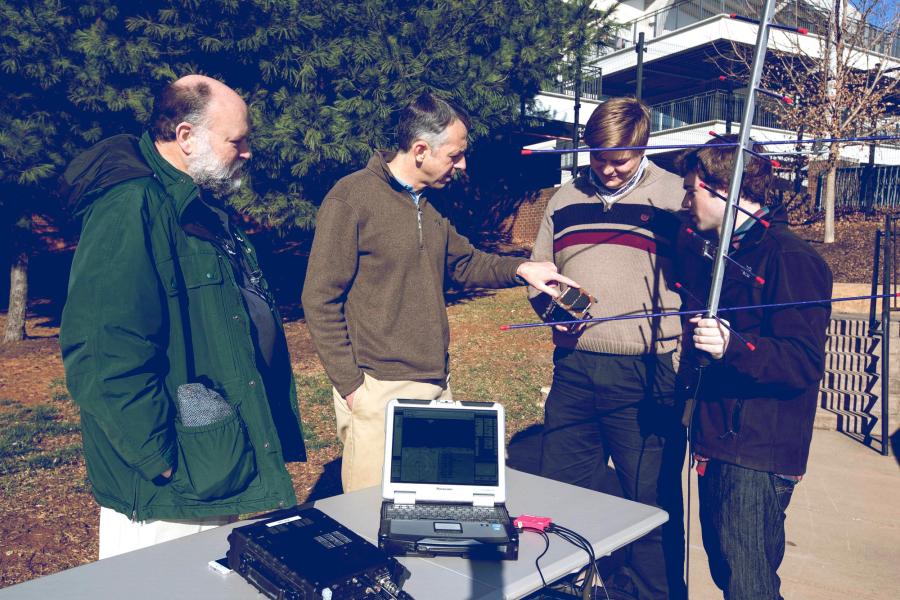