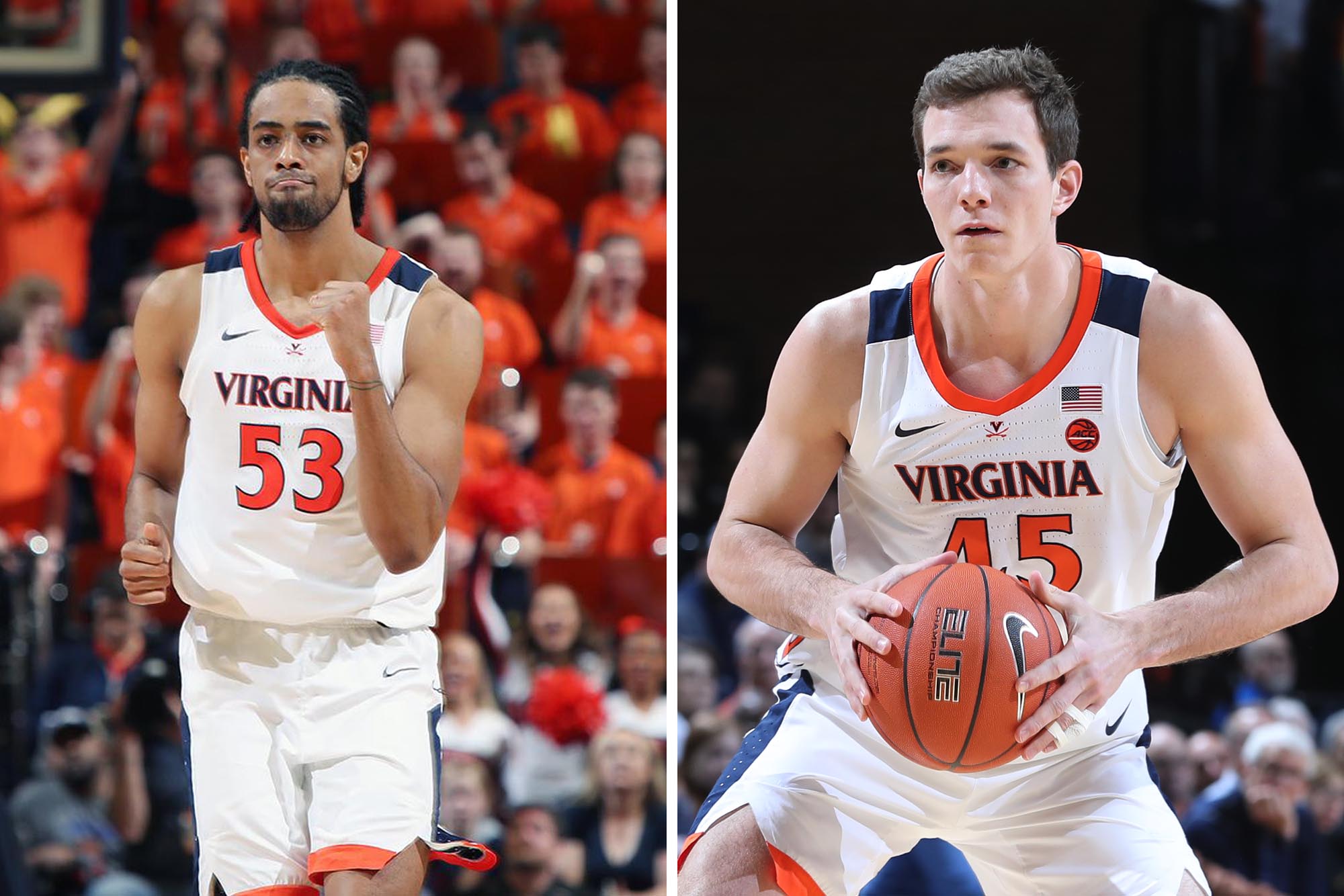 One is a Charlottesville-bred, third-generation Hoo with an interest in U.S. foreign policy. The other is a studio art major from Bologna, Italy, who loves to cook.

Both are quite adept at tossing a round orange ball through a 10-foot-high ring.

But on Wednesday, University of Virginia men’s basketball players Austin Katstra and Tomas Woldetensae were recognized for their work in the classroom.The National Association of Basketball Coaches named the rising fourth-year students to its Honors Court, a group of student-athletes from across the country who earned varsity letters and had a grade-point average of 3.2 or higher at the conclusion of the 2019-20 academic year.

(On Thursday, the NABC also bestowed upon the UVA men’s basketball team its Team Excellence Award, which recognizes outstanding academic achievement by a team with a cumulative grade-point average of 3.0 or better.)

Katstra and Woldetensae, members of the reigning NCAA champion Cavaliers, have made their marks both on and off the court since arriving on Grounds.

Katstra – who came to UVA as a recruited walk-on and is perhaps best known for his highlight plays at the end of Cavalier victories alongside fellow Albemarle High School alumnus Grant Kersey, a team player-manager – earned an athletic scholarship during a touching scene at a 2019 practice that was captured on video.

“That was a big-time free throw,” UVA head coach Tony Bennett told Katstra at the end of a foul-shooting drill. “You just got a scholarship.”

Katstra, who was swarmed by jubilant teammates, had dreamed of earning a basketball scholarship since he was a young boy. His father, Dirk, and grandfather, Richard, both played basketball at UVA.

The foreign affairs major, who graduated a year early in May and is now working toward a master’s degree from UVA’s Batten School of Leadership and Public Policy, glows about his professors.

Meanwhile, as the only child of a single mother, Woldetensae – an All-Atlantic Coast Conference Academic Team member who was one of the Hoos’ best three-point shooters last season – had to learn how to do a lot of things on his own at a young age.

One of them, cooking, has turned into a passion.

Since joining the program in May 2019, Woldetensae has used the recipes he grew up with to create wide-ranging fare for his teammates.

“It’s just about representing my culture,” he said. “I appreciate people who ask me about it. It’s a way of representing your home.”

One of Woldetensae’s favorites recipes is his family’s lasagna, which he shared with UVA Today readers in March.

Woldetensae is so invested in his culinary creations that he has never eaten at the John Paul Jones Arena athletic dining room.

“JPJ is great, don’t get me wrong,” Woldetensae said, “but I just love my cooking.”