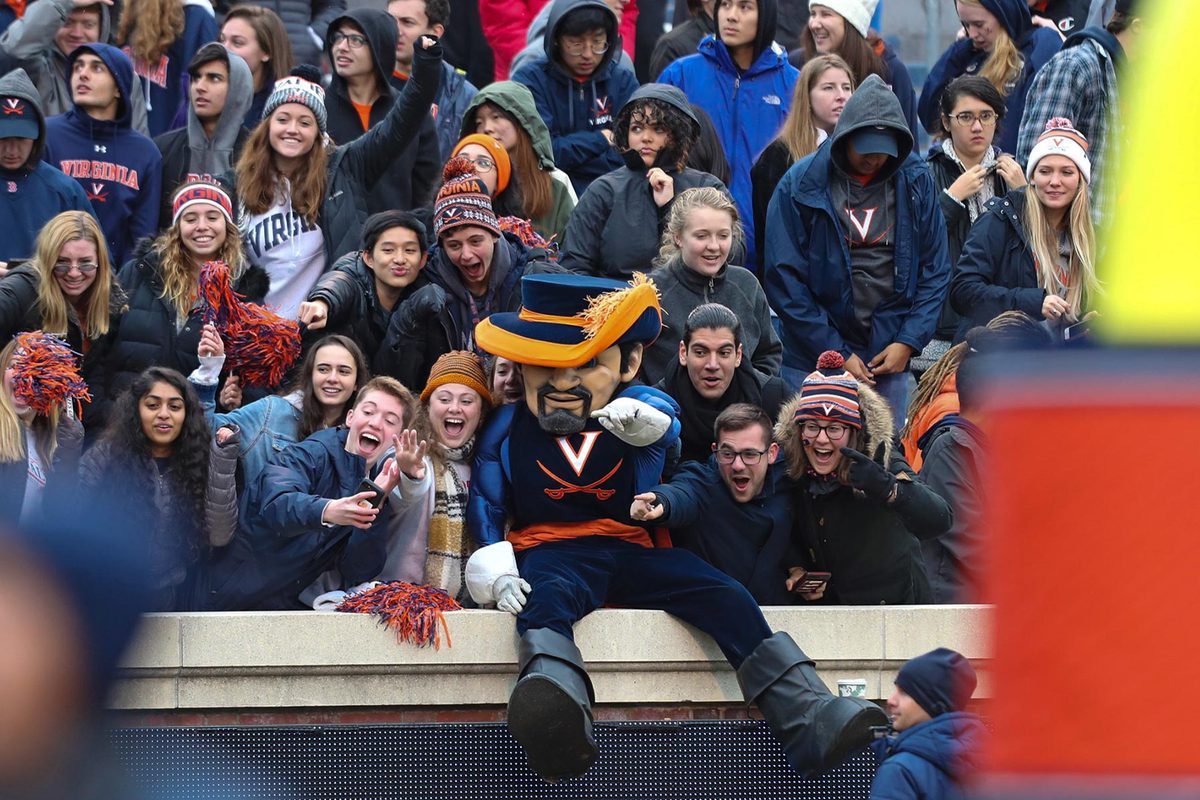 After an electrifying win over Virginia Tech last Friday, University of Virginia football fans have finally been able to exhale.

But not for long.

On Saturday, UVA will take on reigning national champion Clemson University in the Atlantic Coast Conference championship game in Charlotte.

With this in mind, here are eight things Hoos fans – new and old – should know about the weekend’s festivities.

Where you buy your tickets is a BIG deal – it could have an effect on which bowl game UVA gets invited to.

“Selling our allotment, just like for a bowl game, is really important,” UVA Director of Athletics Carla Williams said. “We are still not guaranteed a spot in the Orange Bowl. That is not a guarantee yet. The bowls will be looking at the championship games to see who has fans in the stadium, and so that’s a big part of it for us.”

Tickets for UVA’s designated seating sections are available to all Cavalier fans, including Virginia Athletics Foundation donors, football season ticket holders, UVA students and the public, and can be purchased through Virginia Athletics.

“Having our fans not spread out in a stadium where there will be a lot of Clemson fans … If we can get our fans in sections together, that’s a bigger impact,” Williams said.

Tickets range in price from $75 to $250, and there is an additional $8-per-ticket processing fee.

All tickets in UVA’s seat block are in the club level or lower level and VAF donors and football season ticket holders receive access to premium seat locations based on VAF priority points.

“We’re hoping that we can move the tickets that we have remaining,” Williams said, “and that our fans will be in Charlotte for us.”

With a win over Clemson (currently a 28-point favorite), UVA would capture its first outright ACC football title.

Before there was a championship game, the Cavaliers shared titles in 1989 and 1995 with Duke University and Florida State University, respectively.

One of the most memorable plays in UVA football history came during that 1995 season when Anthony Poindexter and Adrian Burnim stopped Florida State running back Warrick Dunn at the goal line to preserve a 33-28 win in Scott Stadium, handing the Seminoles their first ACC defeat.

A win over No. 3 Clemson would also lock up a bid to the Orange Bowl on Dec. 30 in Miami.

The Tigers will be playing for a spot in the College Football Playoff, where they hope to win their second straight national title. Should the Tigers win Saturday and be selected to the playoff, UVA could still go to the Orange Bowl as the ACC’s representative.

UVA should be familiar with Saturday night’s venue. Bank of America Stadium was the site of the Hoos’ 28-0 victory over the University of South Carolina in last year’s Belk Bowl. 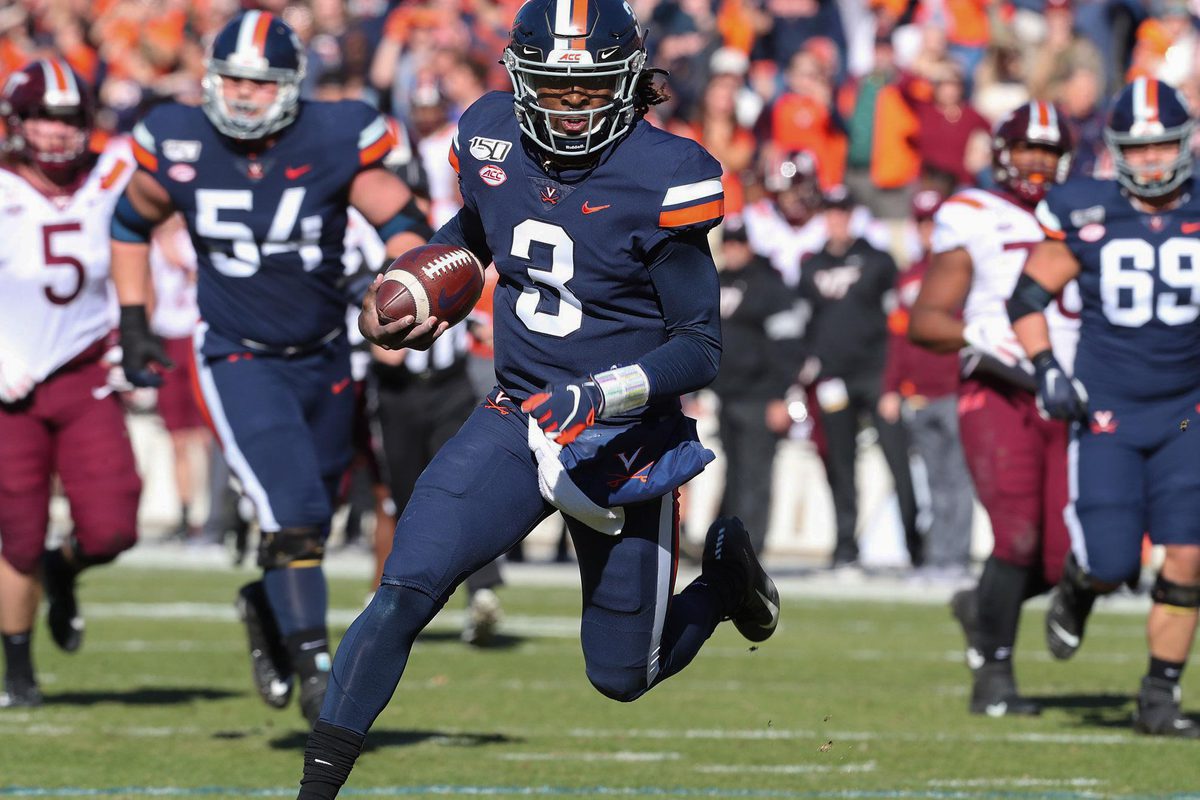 In fact, UVA is 3-0 all-time in Bank of America Stadium, which was also the site of the Cavaliers’ victories in the 2002 and 2003 Continental Tire Bowls (over West Virginia University and the University of Pittsburgh, respectively).

Hello, My Name is Bryce

Bryce Perkins is one of the most dynamic players ever to play for the Cavaliers. The quarterback is Houdini-esque in his ability to escape would-be tacklers – and, on occasion, jump right over them.

Since 2018, Perkins is the only NCAA Football Bowl Subdivision player with more than 5,200 passing yards and 1,600 rushing yards.

Some of UVA’s very best players are also some of the University’s most well-rounded students.

On Monday, linebacker Jordan Mack was named recipient of the Jim Tatum Award, given to the top student-athlete among ACC football players.

Mack, a three-time ACC Academic Honor Roll selection, has a 3.47 GPA and is on track to graduate later this month with a bachelor’s degree in education, with an emphasis on youth and social innovation.

In his spare time, Mack volunteers with Kindness Café + Play, which employs people with cognitive disabilities, and he has participated in UVA’s “Thursday's Heroes” program, hosting medically ill individuals and their families at the school’s football facilities. He also mentors elementary school students at the Charlottesville Boys & Girls Club and visits children at hospitals throughout the year.

Fellow linebacker Charles Snowden is another Hoo who has made a big impact off the field.

Snowden hopes to work at a Washington, D.C., think tank and advocate for social justice issues when his playing career is over.

“I think he’ll be a catalyst of any community in which he settles,” UVA head coach Bronco Mendenhall said. “He’s already done that here.”

Then there is Perkins, who, just three days before a game this year, took part in the Thomas Jefferson Area United Way’s annual Laurence E. Richardson Day of Caring.

Perkins also has forged close relationships with professors, including this one with a women and gender studies professor, Lisa Speidel. 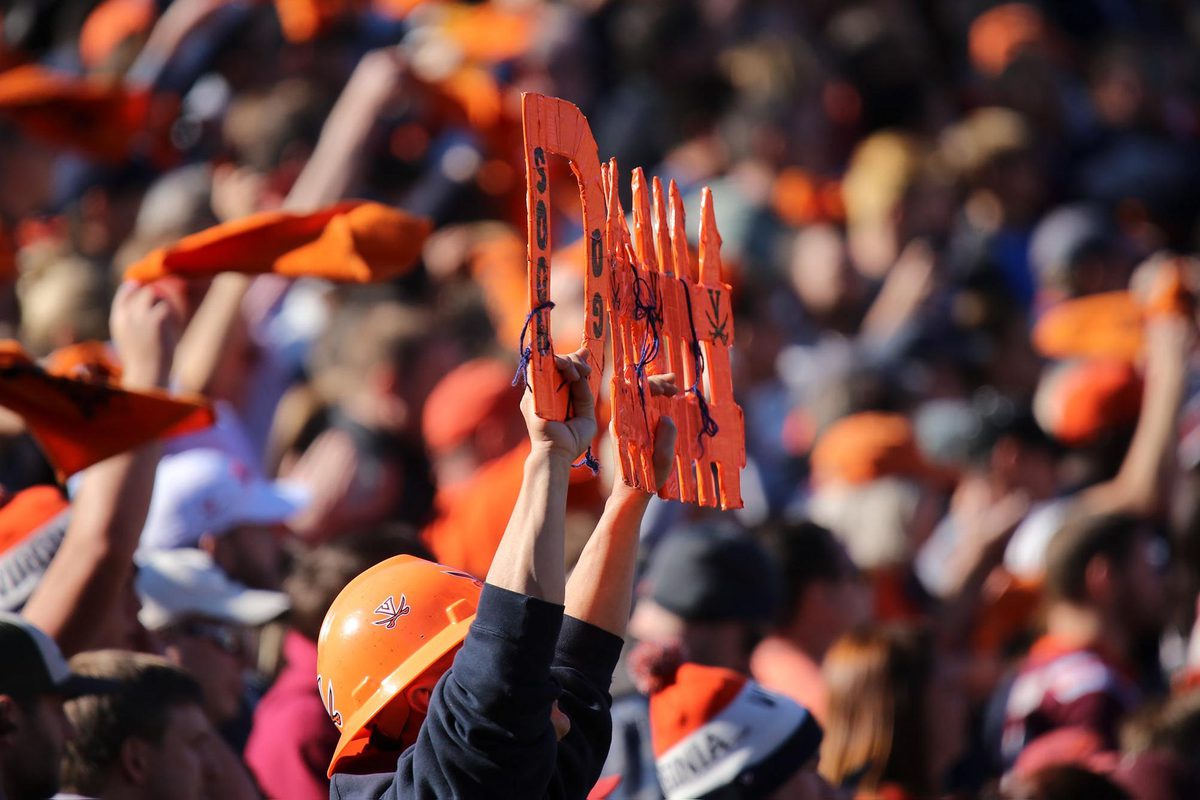 Guy, now with the NBA’s Sacramento Kings, enjoys watching his buddy in action, or – in one case this season against William & Mary – not in action.

If you see a UVA fan wearing a construction hard hat and large, faux-gold UVA chain with a giant V-Sabre pendant, that would most likely be Som Patasomcit, UVA’s “No. 1 Fan.”

Former Cavalier quarterback Don Majkowski, who led UVA to its first bowl victory in 1984, is one of 14 ACC Football Legends who will be honored Friday during the league’s “Night of Legends” at the Charlotte Convention Center and again Saturday during an on-field ceremony at the game. He recently spoke to UVA Today about this year's team.

What Is the ‘4th Side’? END_OF_DOCUMENT_TOKEN_TO_BE_REPLACED