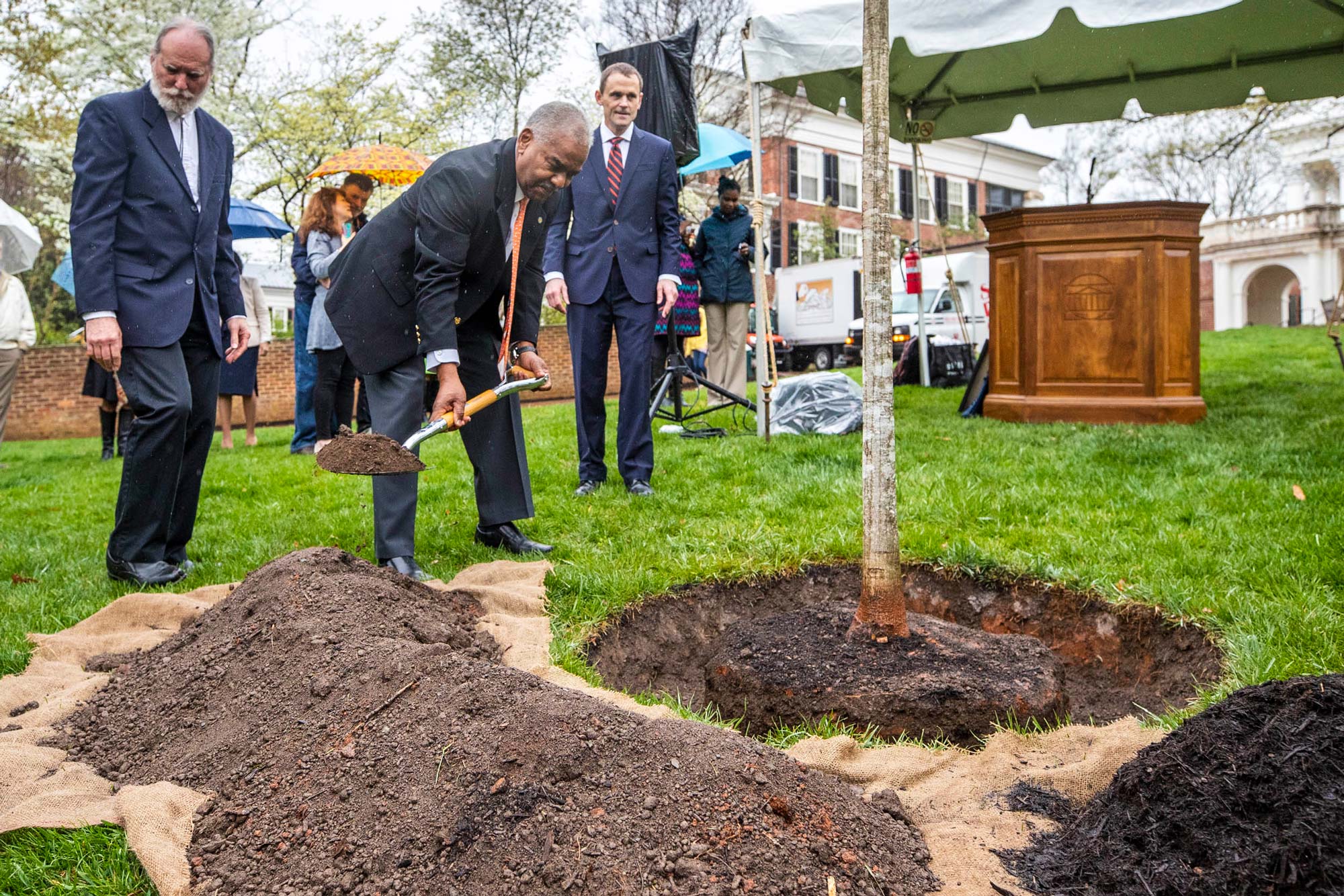 Thomas Jefferson, founder of the University of Virginia, would have turned 277 years old on Monday, an occasion the University typically marks with a variety of events. This year, however, looked a bit different.

The medals recognize extraordinary achievements in the fields of architecture, law, citizen leadership and global innovation. The Architecture medal will be awarded to Marion Weiss and Michael Manfredi; the Law medal to Sonia Sotomayor, an associate justice of the U.S. Supreme Court; the Global Innovation medal to Ted Turner, a media pioneer and philanthropist; and the Citizen Leadership medal to Dr. Rajiv J. Shah, president of The Rockefeller Foundation.

As part of this year’s Founder’s Day ceremonies, the School of Architecture will host a virtual public talk by Weiss and Manfredi, co-founders of WEISS/MANFREDI, a design practice credited with redefining the relationship between landscape, architecture, infrastructure and art. Their livestreamed talk will be held April 20 at 5 p.m.

Another annual event, a Founder’s Day tree planting honoring an individual who has made significant and lasting contributions to Grounds, has been postponed until the fall. The 2020 tree-planting ceremony will honor John C. Jeffries Jr., UVA’s senior vice president for advancement.

Jeffries, a 1973 graduate of UVA’s School of Law, joined the faculty at the law school in 1975, after clerking for U.S. Supreme Court Justice Lewis F. Powell, Jr. Jeffries has written about civil rights, the federal courts and criminal law, as well as a biography of Powell. He was named the Emerson Spies Professor of Law in 1986 and served as dean of the School of Law from 2001 to 2008. Among other initiatives, Jeffries helped establish a new fiscal model and extensive financial aid programs during his time as dean. In 2017, he received the Thomas Jefferson Award for excellence in scholarship, the highest honor given to members of the University community.

Jeffries became senior vice president for advancement in 2018. In that role, he oversees a range of fundraising and alumni initiatives and has been an integral part of the “Honor the Future” capital campaign.

Even though the tree planting and other events have been moved online or postponed, one secret society, The Society of the Purple Shadows, still found a way to mark Founder’s Day as it happened – and address the implications of the COVID-19 pandemic at UVA and beyond.

They issued the following letter to the University community:

Members of the University community,

Today, on the two hundred and seventy-seventh anniversary of Mr. Jefferson’s birth, THE SOCIETY OF THE PURPLE SHADOWS humbly offers this letter as an invitation to consider the meaning of membership in and stewardship of our University. The ever-changing tide of global crisis has pushed our community to confront and redefine who we are. There exists no greater time to renew and reimagine our devotion to service, compassion, humility, and critical reflection.

This crisis has resulted in great loss — first and foremost, the loss of family, friends, colleagues, and neighbors. Concurrently, we have lost personal security and the power of choice over our immediate futures, forcing many to prioritize safety over comfort. In the face of this uncertainty, students and contracted workers alike have lost jobs and sole sources of income. While impartial in spread, this crisis has accentuated long-standing inequality, leaving the University to reckon with the unfair treatments and unjust realities of those marginalized.

In the face of this reckoning, we acknowledge that inequality should need no crisis to be revealed. We would be remiss not to appreciate the student-led efforts to combat inequality on grounds, including programs to increase access for first-generation, low-income students and the cultivation of spaces for underrepresented communities. Furthermore, the institutional steps taken to make the University more financially accessible serve as aid to the everlasting pursuit towards equity. In our ascension towards justice, these milestones remind us of our progress, yet implore us to push even further.

However challenging this effort may appear, it is possible through a strong commitment to honest, personal reflection. Today, misinformation more easily takes root and draws divisions within our community. Narratives that may not reflect reality become excuses for inaction, and the inability to separate ourselves from bias will push us further into ignorance. We must all interrogate ourselves and become acutely aware of our privileges and prejudices. Change will not come solely through abstract reasoning around these complex issues. rather, real progress will come from the work we perform here and now.

Critical self-reflection and persistent action are necessary in creating an accountable and equitable University community. THE SOCIETY encourages newfound time to be spent with purpose and vigor, for the ultimate pursuit is a unified and just future.

The Society of the Purple Shadows