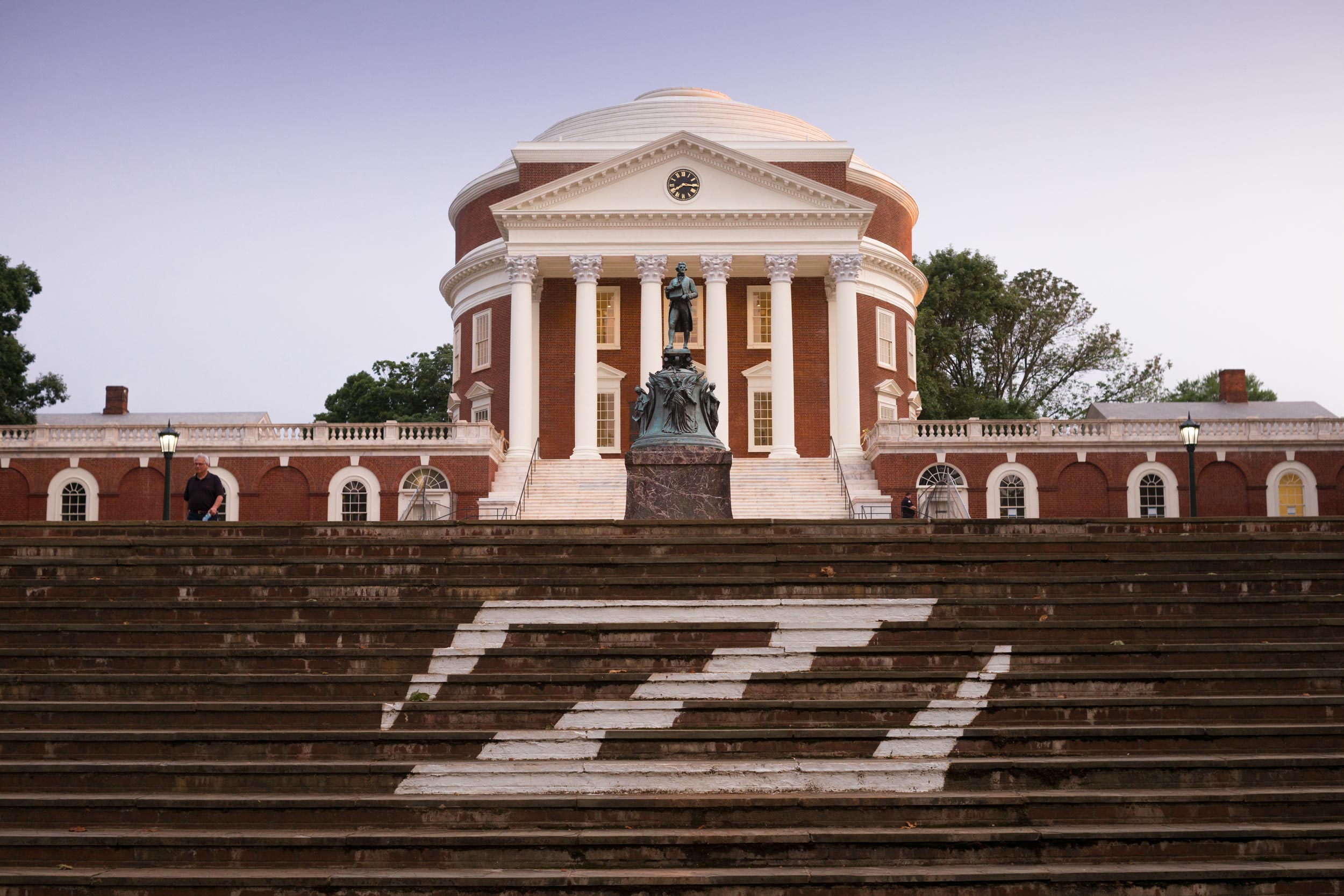 Jefferson was born on April 13; this year’s events will be held on Friday, April 12.

In addition to the medals, which are the University’s highest external honors, Friday’s events include a commemoration of Jefferson’s 276th birthday at Monticello, a tree-planting ceremony, talks by the 2019 Thomas Jefferson Foundation medalists and a talk by historian John Ragosta, “Thomas Jefferson’s Contributions and Contradictions.”

Ragosta, a historian at the Robert H. Smith International Center for Jefferson Studies at Monticello and a fellow at Virginia Humanities, will discuss Jefferson’s achievements and the contradictions inherent in his views of human freedom and other issues. The free, public lecture will begin at 1 p.m. in Old Cabell Hall, with a Q&A session to follow.

Each of the Thomas Jefferson Foundation Medalists – recognized for outstanding leadership and achievement in fields that Jefferson held in high regard – will give a public talk on Thursday or Friday. The 2019 medalists are:

UVA President Jim Ryan and Leslie Greene Bowman, president and CEO of the Thomas Jefferson Foundation at Monticello, will present the medals during a private luncheon at the University.

Founder’s Day will also include the annual tree-planting ceremony in honor of an individual who has made significant and lasting contributions to the University community. UVA Vice President and Chief Officer for Diversity and Equity Marcus Martin will be recognized at this year’s ceremony, at 11 a.m. east of the Rotunda near Brooks Hall (map). The event is open to the public, and free parking will be available in the Culbreth Road Parking Garage.

Since taking on his current role in 2011, Martin has expanded the work of the Office for Diversity and Equity and introduced several innovations promoting diversity and inclusion at UVA. Along with associate dean and history professor Kirt von Daacke, Martin co-chaired the President’s Commission on Slavery and the University, established in 2013 to research and address the history of slavery at UVA. The tree will be planted near one of the most tangible outcomes of the commission’s work: the Memorial to Enslaved Laborers, currently under construction near Brooks Hall.

In addition to his work at UVA, Martin has served the Charlottesville community through numerous boards and committees, including Hospice of the Piedmont, Blue Ridge Area PACE, the Chaplaincy Service Pastoral Consultation, the Women’s Initiative, the Jefferson Scholars Foundation, the Jefferson School City Center Foundation and the Kenan Institute for Engineering Technology and Science. He is the principal investigator for the National Science Foundation-funded VA-NC Alliance, which consists of nine Virginia and North Carolina institutions whose goal is to increase the number of underrepresented students receiving science, technology, engineering and math degrees. He also served as the founding vice president of the 100 Black Men of Central Virginia organization, whose goal is to close the achievement gap for African American males.

A Year We Will Never Forget: 2019-20 in Review END_OF_DOCUMENT_TOKEN_TO_BE_REPLACED

‘What Will You Carry With You?’ Remarks From UVA President Jim Ryan END_OF_DOCUMENT_TOKEN_TO_BE_REPLACED