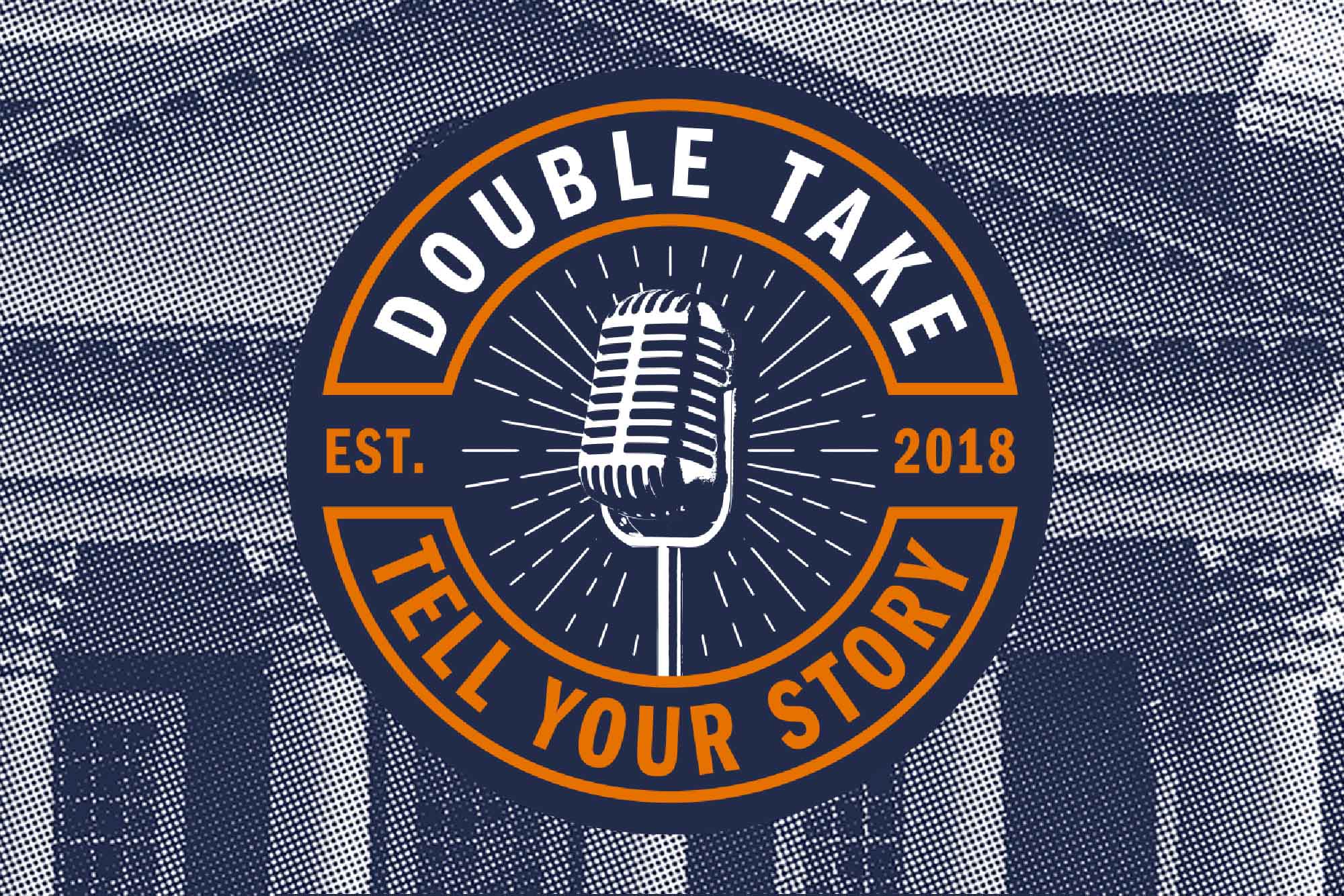 One of the centerpieces of the University of Virginia’s 2018 inauguration celebration of Jim Ryan, the University’s ninth president, was a program near and dear to his heart: Double Take, a community storytelling event.

Based on Ryan’s theme of building bridges, Double Take returns Thursday at 5:30 p.m. and will take place under a tent on the large veranda at Carr’s Hill, UVA’s presidential home.

The topic of the fourth annual, hourlong event is “Life Lessons Learned.”

Seven speakers – drawn from the ranks of students, faculty and staff members – will share stories of resilience, finding belonging, learning from adversity and forging meaningful connections, all in the context of lessons they’ve learned throughout life.

All of the stories will be told in front of a live audience and the program will be followed by a light reception.

This event is free and open to the public. RSVP online.

Double Take Through the Years

Ryan himself spoke at the first “Double Take” in 2018, sharing the moving story of his adoption and how he later met his birth mother, Anne, who was raised in Ireland and later moved to the United States. In fact, Anne attended Ryan’s inauguration celebrations.

A final #ThankYouHaiku for Anne, my biological mother who I recently discovered.

New to my life, yet
my oldest life companion.
For me, I thank you. pic.twitter.com/Fla0Oa4C3z

The second “Double Take” event, in 2019, featured, among others, Provost Liz Magill, who spoke of her upbringing in Fargo, North Dakota, and her identity as a daughter, a sister, a wife, a mother, an aunt and a provost.

Last year, “Double Take” was a virtual event and featured, among others, Executive Vice President and Chief Operating Officer J.J. Davis and a father-son duo. In 1997, Paul C. Harris Sr. was the first African American Republican elected to Virginia’s House of Delegates since Reconstruction. His son, Paul C. Harris Jr., earned a degree in English from UVA’s College of Arts & Sciences in 2013 and another from the School of Law in 2016.

Here Is What You Need to Know About the New Coronavirus Variant, Omicron END_OF_DOCUMENT_TOKEN_TO_BE_REPLACED

Fall Is in the Air on Grounds END_OF_DOCUMENT_TOKEN_TO_BE_REPLACED

Meet the Cats and Dogs Your CVC Donation Supports END_OF_DOCUMENT_TOKEN_TO_BE_REPLACED