UVA Athletes Continue to Rack Up Olympic Medals in Tokyo 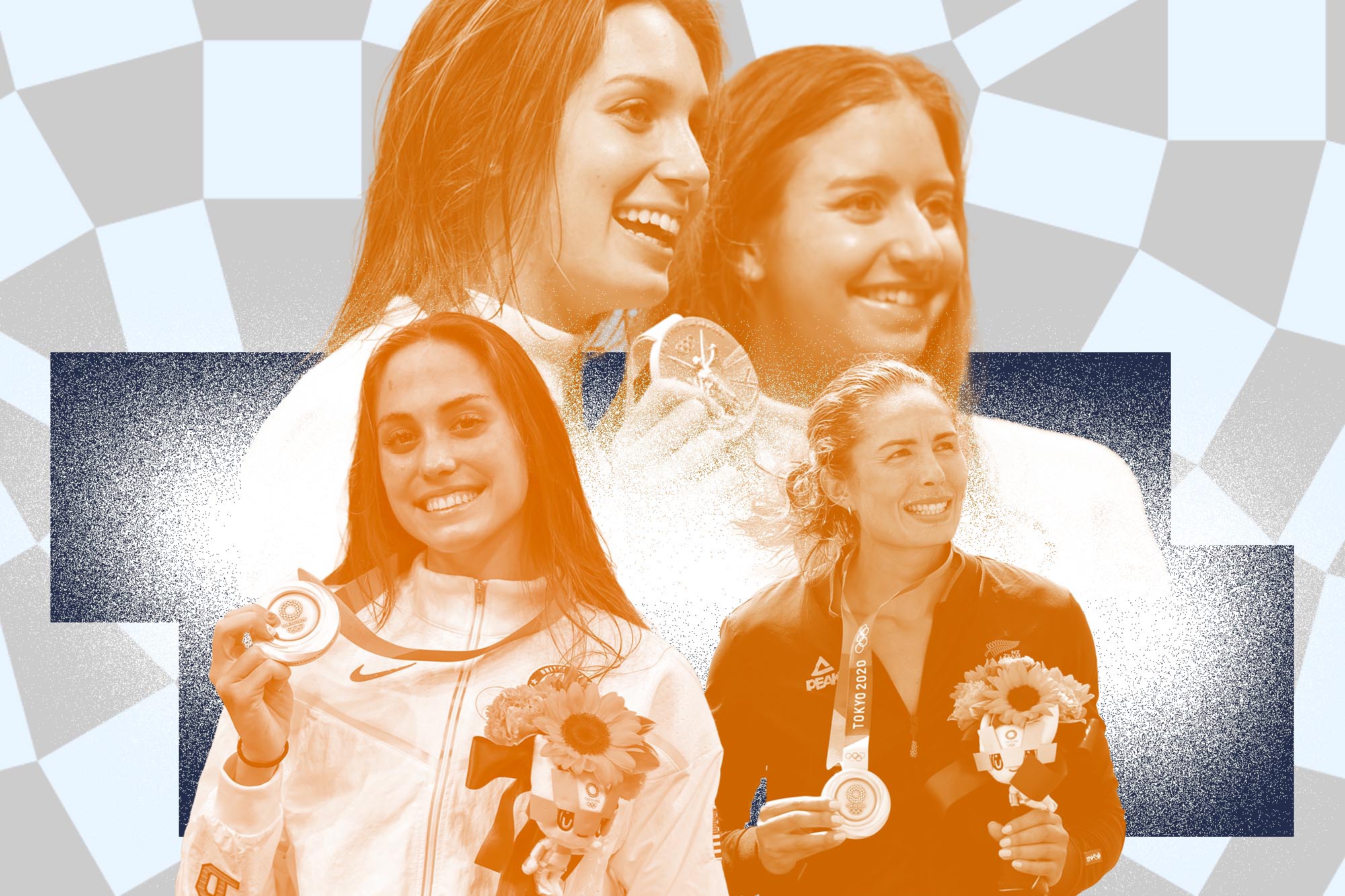 The success of current and former University of Virginia athletes at the Olympics in Tokyo this summer can be summed up best by a tweet from a football coach.

Matthew Edwards, who knows a thing or two about crunching numbers – he serves as UVA’s director of football analytics – had this gem:

If UVA was a country, it would sit in 14th place in the medal count with 4. Better than 192 other participating countries and entities. #WaHooWa #GoHoos

TEAMMATES WHO MEDAL TOGETHER >>>

#SILVER for Brooke Donoghue and Hannah Osborne in the Women’s Double!

Walsh and Douglass earned their medals in dramatic fashion. About halfway through the race, the swimmers were in third and sixth, respectively, until mounting a furious comeback.

“It has been great being able to watch all my other USA teammates medal and do amazing things,” Douglass said. “So now it was Alex’s (Walsh) and [my] chance to do that together, and it was awesome we were able to do that next to each other.”

Finishing just behind gold medalist Yui Ohashi of Japan, Walsh and Douglass both set new personal bests, moving up to fourth and ninth on the all-time list of fastest 200-meter IM swimmers in American history.

The duo’s performances marked the first time that two Americans made the podium in the women’s 200 IM since Tracy Caulkins and Nancy Hogshead did so in 1984.

Meanwhile, in the rowing finals, Osborne and teammate Brooke Donoghue finished second behind gold-winning Romania. Osborne rowed at UVA in 2014 before returning to New Zealand to pursue her national team career.

With more medal rounds in a number of sports on the horizon, UVA has the chance to add to its already impressive collection of hardware.

Click here to learn which current and former Hoos are in Tokyo, and for all the latest results and schedules.

When Less Is More: How Harnessing the Power of Subtraction Can Add to Life END_OF_DOCUMENT_TOKEN_TO_BE_REPLACED